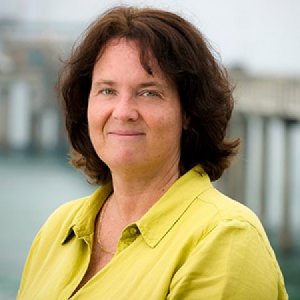 
Kimberly Prather’s research focuses on understanding the impact of atmospheric aerosols and their impacts on clouds and climate. 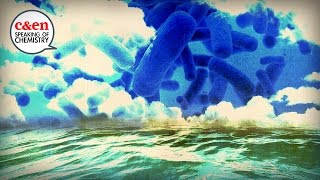 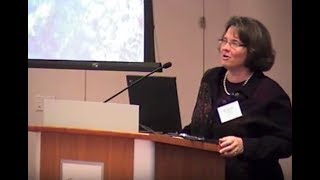 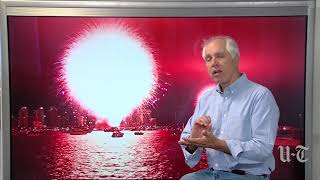 Prather’s research focuses on understanding the impact of atmospheric aerosols and their impacts on clouds and climate. Early in her career, she developed a technique known as aerosol time-of-flight mass spectrometry that is widely used in atmospheric field studies around the globe to determine the origin and chemistry of aerosols. A major focus of her research involves understanding how aerosols impact climate, with a major focus on their role in modifying clouds and precipitation processes.

Prather is also the director of the Center for Aerosol Impacts on Chemistry of the Environment (CAICE), which focuses on improving our understanding of how aerosol particles impact the environment, air quality, and climate.

Prather has authored nearly 200 articles in high level scientific journals. She is the recipient of the Haagen-Smit Clean Air Award, American Chemical Society Analytical Chemistry Arthur F. Findeis Award, the Kenneth Whitby Award, the GAeF Smoluchowski Award, the National Science Foundation Special Creativity Award, the American Society for Mass Spectrometry Award, and the National Science Foundation Young Investigator Award, and the Distinguished Scientist Award from the San Diego section of the American Chemical Society. Prather is an elected fellow of the American Academy of Arts and Sciences, American Association for the Advancement of Science, and American Geophysical Union.

A research team led by atmospheric chemist Kim Prather began the project by creating breaking waves in a tank and studying how the aerosols they threw off rise, mix and factor into the formation of clouds. The aerosols involve everything from salts to microbes to viruses, and represent very complex chemistry. Prather is now moving into phase two, which involves studying how the aerosols are affected by pollutants, such as vehicle emissions, and such things as particles from wildfires. “The aerosols influence the formation of clouds which, at any given time, cover two-thirds of the earth’s surface,” said Prather, who runs the largest NSF project at UC San Diego...

“In the first five years, we have established a unique approach for studying the complex ocean-atmosphere system by delving deeply into how natural ocean biology processes affect the chemical composition and evolution of our atmosphere,” said CAICE Director Kim Prather. “We are now poised to take the next step and add in the effects of human activities, directly addressing which processes most strongly influence the composition of our atmosphere.”

Atmospheric chemist Kim Prather will do a spot check for the metal, and look for strontium, copper and other chemicals associated with fireworks. “We can see these things in real-time, so it will tell us what people are breathing when the fireworks shows are going on,” said Prather, whose monitoring will mostly involve fireworks sites at and near the coast...

The Mysterious Microbes in the Sky

The work was intended to help answer a long-standing question: Exactly how do microbes rising out of the ocean connect to the planet’s climate? Substances released from the ocean may help manage global temperature, according to Kim Prather, an atmospheric chemist at the University of California, San Diego, who has pioneered the study of microbes in the sky. “If you put out different types of spray, you could make clouds that are brighter and whiter to cool things down,” she says. “Depending on what comes out of the ocean, it could really change the temperature of the planet.” For the experiment, Prather’s team drew thousands of gallons of water from the Pacific into a long, enclosed tank in a lab, where the atmosphere had been carefully filtered so that the only microbes in it would come from the water. The researchers encouraged the organisms to grow, provoked wind and waves, and sampled furiously from the resulting spray. They performed a quick genetic test to identify what was in there, and found that indeed, not everything that lived in the ocean was making it out...

San Diego researchers are hoping a sophisticated set of experiments will give them a better understanding of how the ocean helps modulate the planet’s climate. Scripps Institution of Oceanography scientists just landed a second multimillion-dollar, five-year grant from the National Science Foundation so they can get a better understanding of the ocean’s effect on the atmosphere.

2018 Ocean-derived, airborne microbes play important roles in Earth's climate system and human health, yet little is known about factors controlling their transfer from the ocean to the atmosphere. Here, we study microbiomes of isolated sea spray aerosol (SSA) collected in a unique ocean-atmosphere facility and demonstrate taxon-specific aerosolization of bacteria and viruses. These trends are conserved within taxonomic orders and classes, and temporal variation in aerosolization is similarly shared by related taxa. We observe enhanced transfer into SSA of Actinobacteria, certain Gammaproteobacteria, and lipid-enveloped viruses; conversely, Flavobacteriia, some Alphaproteobacteria, and Caudovirales are generally under-represented in SSA. Viruses do not transfer to SSA as efficiently as bacteria. The enrichment of mycolic acid-coated Corynebacteriales and lipid-enveloped viruses (inferred from genomic comparisons) suggests that hydrophobic properties increase transport to the sea surface and SSA. Our results identify taxa relevant to atmospheric processes and a framework to further elucidate aerosolization mechanisms influencing microbial and viral transport pathways.

2018 Ice nucleating particles (INP) have been found to influence the amount, phase, and efficiency of precipitation from winter storms, including atmospheric rivers. Warm INP, those that initiate freezing at temperatures warmer than −10°C, are thought to be particularly impactful because they can create primary ice in mixed-phase clouds, enhancing precipitation efficiency. The dominant sources of warm INP during atmospheric rivers, the role of meteorology in modulating transport and injection of warm INP into atmospheric river clouds and the impact of warm INP on mixed-phase cloud properties are not well-understood. Time-resolved precipitation samples were collected during an atmospheric river in Northern California, USA during winter 2016. Precipitation was collected at two sites, one coastal and one inland, that are separated by less than 35km. The sites are sufficiently close that airmass sources during this storm were almost identical, but the inland site was exposed to terrestrial sources of warm INP while the coastal site was not. Warm INP were more numerous in precipitation at the inland site by an order of magnitude. Using FLEXPART dispersion modelling and radar-derived cloud vertical structure, we detected influence from terrestrial INP sources at the inland site, but did not find clear evidence of marine warm INP at either site. We episodically detected warm INP from long-range transported sources at both sites. By extending the FLEXPART modelling using a meteorological reanalysis, we demonstrate that long-range transported warm INP are observed only when the upper tropospheric jet provided transport to cloud tops. Using radar-derived hydrometeor classifications, we demonstrate that hydrometeors over the terrestrially-influenced inland site were more likely to be in the ice phase for cloud temperatures between 0°C and −10°C. We thus conclude that terrestrial and long-range transported aerosol were important sources of warm INP during this atmospheric river. Meteorological details such as transport mechanism and cloud structure were important in determining warm INP source strength and injection temperature, and ultimately the impact of warm INP on mixed phase cloud properties.

2018 The abundance of atmospheric ice nucleating particles (INPs) is a source of uncertainty for numerical representation of ice-phase transitions in mixed-phase clouds. While sea spray aerosol (SSA) exhibits less ice nucleating (IN) ability than terrestrial aerosol, marine INP emissions are linked to oceanic biological activity and are potentially an important source of INPs over remote oceans. Inadequate knowledge of marine INP identity limits the ability to parameterize this complex INP source. A previous manuscript described abundances of marine INPs in relation to several aerosol composition and ocean biology observations during two laboratory mesocosm experiments. In this study, the abundances and chemical and physical properties of INPs found during the same mesocosm experiments were directly probed in SSA, seawater, and surface microlayer samples. Two unique marine INP populations were found: 1) dissolved organic carbon INPs are suggested to be composed of IN-active molecules, and 2) particulate organic carbon INPs are attributed as intact cells or IN-active microbe fragments. Both marine INP types are likely to be emitted into SSA following decay of phytoplankton biomass when 1) the surface microlayer is significantly enriched with exudates and cellular detritus and SSA particles are preferentially coated with IN-active molecules or 2) diatom fragments and bacteria are relatively abundant in seawater and therefore more likely transferred into SSA. These findings inform future efforts for incorporating marine INP emissions into numerical models and motivate future studies to quantify specific marine molecules and isolate phytoplankton, bacteria, and other species that contribute to these marine INP types.

2017 The impact of sea spray aerosol (SSA) on climate depends on the size and chemical composition of individual particles that make up the total SSA ensemble. There remains a lack of understanding as to the composition of individual particles within the SSA ensemble and how it changes in response to dynamic ocean biology. Here, we characterize the classes of organic compounds as well as specific molecules within individual SSA particles. The diversity of molecules within the organic fraction was observed to vary between submicrometer- and supermicrometer-sized particles and included contributions from fatty acids, monosaccharides, polysaccharides, and siliceous material. Significant changes in this molecular diversity were observed to coincide with the rise and fall of phytoplankton and heterotrophic bacteria populations within the seawater. Furthermore, the water uptake of individual particles was affected, as learned from studying the hygroscopicity of model systems composed of representative mixtures of salts and organic compounds.