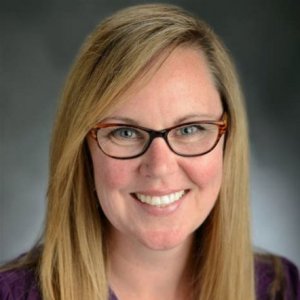 
An expert on the effect of sleep on learning and memory 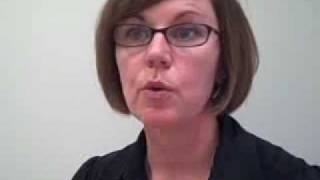 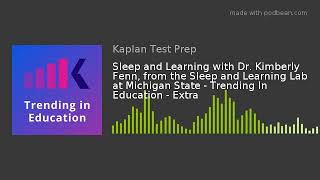 The University of Chicago: Ph.D., Psychology 2006

Kimberly Fenn, an associate professor in the Department of Psychology at Michigan State University, who was not a part of the study, did note, however, that the study had a small sample size and should be interpreted with caution. But, she added, it is consistent with what many sleep scientists believe: Insufficient sleep can cause long-term damage. “I think that this study, and others, raise a critical question regarding the extent to which individuals are able to recover from sleep loss,” said Fenn. “Although the study is a bit underpowered and warrants replication, I think that it exposes the public to the dangers of sleep deprivation.

A multimillion-dollar program from the U.S. military’s Defense Advanced Research Projects Agency is seeking to develop an “internal pharmacy” in the form of an implantable device containing a set of bioengineered cells and a small LED light that would trigger the release of specific biomolecules on demand to counter the effects of jet lag and traveler’s diarrhea—two conditions that can seriously impede soldiers’ health and performance. “You can imagine an individual who’s engaged in combat maybe is not thinking about their sleep when they’re on active duty,” says Kimberly Fenn, a circadian rhythm researcher at the Michigan State University who is not involved in the project.

Caffeine may keep you alert enough to take on tasks if you’re short on sleep, but you probably won’t do them particularly well. The researchers noted that caffeine did help in some instances. “We found that sleep deprivation impaired performance on both types of tasks and that having caffeine helped people successfully achieve the easier task,” said Kimberly Fenn, an associate professor in the department of psychology at Michigan State University, in a press release. “However, it had little effect on performance on the place-keeping task for most participants.”

By now, you're likely well aware that late-afternoon cups of coffee, pre-bedtime Netflix binges, and late night email refreshes don't do you any favors when it's finally time to shut your eyes. The trouble is, when you've grown so accustomed to marathoning Bridgerton or poring over the news while you're snuggled up in bed, breaking these habits can be tough. Tough doesn't mean impossible, though, and sleep aficionado Arianna Huffington contends that conducting a sleep audit on yourself can help you make better choices and ultimately snag more restful sleep. Basically, conducting a sleep audit requires you to give your sleep schedule a once-over so you can improve it. Below, cognitive neuroscientist Kimberly Fenn, director of the Sleep and Learning Lab at Michigan State University, offers step-by-step instructions on how to do just that.

What Feeling Stressed Every Day Does To Your Body

You probably think you already know what feeling stressed every day does to your body. Who isn't stressed these days? Stress can cause sleep problems. "Stress can have profound effects on sleep. Notably, stress can exacerbate insomnia symptoms and disrupt an individual's ability to fall asleep or maintain sleep throughout the night," Kimberly Fenn from Michigan State University told MSUToday. "There is also evidence that stress impacts the quality of sleep, making it more likely to spend time in lighter stages of sleep. Sleep deprivation can directly impair health and immune function," Fenn says.

This Morning: The struggle to get enough sleep

You probably wish you get get more snoozetime. That's a serious issue and Kimberly Fenn, an expert on sleep and an associate professor of psychology and director of the MSU Sleep and Learning lab, stopped in to 6 News This Morning to talk with Jorma Duran about the struggle to get enough sleep.

Researchers at Michigan State University conducted the largest experimentally controlled study on sleep deprivation to date, revealing just how detrimental operating without sleep can be in everything from bakers adding too much salt to cookies to surgeons botching surgeries. While sleep deprivation research isn’t new, the level at which distractions hinder sleep-deprived persons’ memories and challenge them from successfully completing tasks was not clear until MSU’s team quantified the impact.

Stepan and Kimberly Fenn, associate professor of psychology and director of MSU’s Sleep and Learning Lab, conducted an experiment in which about 200 participants watched a video of a crime (a man planting a bomb on a rooftop) and then, 12 hours later, viewed one of two computer lineups of six similar-looking people. One lineup included the perpetrator; the other lineup did not...

Dr. Kimberly Fenn is associate professor of psychology and director of the Sleep and Learning Lab at Michigan State University. Her research explores the effect of sleep on memory and learning, as well as memory consolidation, learning and skill acquisition, mathematical learning, gesture and learning, and implicit and explicit learning.

Missing sleep may hurt your memory

“We found memory distortion is greater after sleep deprivation,” said Kimberly Fenn, MSU associate professor of psychology and co-investigator on the study. “And people are getting less sleep each night than they ever have.”...

“Our findings suggest young people are somewhat wary of information that comes from Twitter,” said Fenn, lead investigator on the study. “It’s a good sign.”...

Sleep-Deprived People May Be More Prone To False Confessions

While the amount of sleep a person truly needs remains up for debate, the effects of not getting enough, both on the mind and the body, are clear to see. Although, it seems we still have a lot to learn on the subject, a message hammered home by a startling new study. People who have been deprived of sleep are much more likely to sign a false confession than those who have had an undisturbed night of rest. Alongside bolstering the idea that people in a sleep-deprived state might be more susceptible to the influence of suggestion, the study has obvious and perhaps worrying implications for police interrogation of crime suspects. In addition, the work helps in the painting of a more comprehensive picture of sleep deprivation’s effects on cognitive skills and therefore brain function.

If you have a baby in your life, it’s a given that you’re not getting enough sleep, but how does that deprivation affect your mind, body and mood? How does it relate to weight gain? Can your body adapt to the lack of sleep? Do micro-naps help or hinder? What about regular naps? Dr. Kimberly Fenn has answers. Check it out.

2018 In a large sample (N = 234), we tested effects of 24-hr of sleep deprivation on error rates in a procedural task that requires memory maintenance of task-relevant information. In the evening, participants completed the task under double-blind conditions and then either stayed awake in the lab overnight or slept at home. In the morning, participants completed the task again. Sleep-deprived participants were more likely to suffer a general breakdown in ability (or willingness) to meet a modest accuracy criterion they had met the night before.

Negativity bias in false memory: moderation by neuroticism after a delay.

2018 The negativity bias is the tendency for individuals to give greater weight, and often exhibit more rapid and extreme responses, to negative than positive information. Using the Deese-Roediger-McDermott illusory memory paradigm, the current study sought to examine how the negativity bias might affect both correct recognition for negative and positive words and false recognition for associated critical lures, as well as how trait neuroticism might moderate these effects. In two experiments, participants studied lists of words composed of semantic associates of an unpresented word (the critical lure).

Sleep and eyewitness memory: Fewer false identifications after sleep when the target is absent from the lineup.

2017 Inaccurate eyewitness identifications are the leading cause of known false convictions in the United States. Moreover, improving eyewitness memory is difficult and often unsuccessful. Sleep consistently strengthens and protects memory from interference, particularly when a recall test is used. However, the effect of sleep on recognition memory is more equivocal. Eyewitness identification tests are often recognition based, thus leaving open the question of how sleep affects recognition performance in an eyewitness context. In the current study, we investigated the effect of sleep on eyewitness memory.

2017 Laptop computers are widely prevalent in university classrooms. Although laptops are a valuable tool, they offer access to a distracting temptation: the Internet. In the study reported here, we assessed the relationship between classroom performance and actual Internet usage for academic and nonacademic purposes. Students who were enrolled in an introductory psychology course logged into a proxy server that monitored their online activity during class.

2016 False confession is a major contributor to the problem of wrongful convictions in the United States. Here, we provide direct evidence linking sleep deprivation and false confessions. In a procedure adapted from Kassin and Kiechel [(1996) Psychol Sci 7(3):125-128], participants completed computer tasks across multiple sessions and repeatedly received warnings that pressing the "Escape" key on their keyboard would cause the loss of study data.

2006 Humans regularly produce new utterances that are understood by other members of the same language community. Linguistic theories account for this ability through the use of syntactic rules (or generative grammars) that describe the acceptable structure of utterances. The recursive, hierarchical embedding of language units (for example, words or phrases within shorter sentences) that is part of the ability to construct new utterances minimally requires a ‘context-free’ grammar that is more complex than the ‘finite-state’ grammars thought sufficient to specify the structure of all non-human communication signals. Recent hypotheses make the central claim that the capacity for syntactic recursion forms the computational core of a uniquely human language faculty. Here we show that European starlings (Sturnus vulgaris) accurately recognize acoustic patterns defined by a recursive, self-embedding, context-free grammar. They are also able to classify new patterns defined by the grammar and reliably exclude agrammatical patterns. Thus, the capacity to classify sequences from recursive, centre-embedded grammars is not uniquely human. This finding opens a new range of complex syntactic processing mechanisms to physiological investigation.