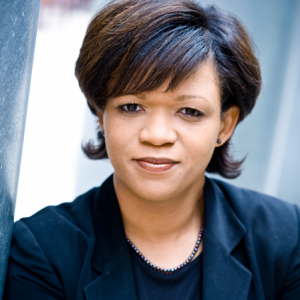 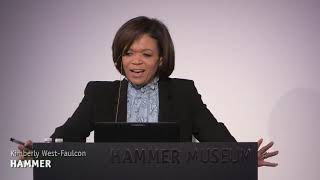 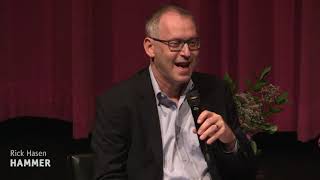 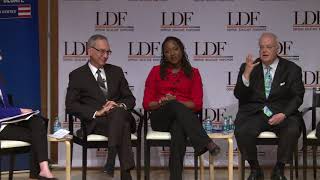 Professor Kimberly West-Faulcon researches the legal implications of theories of intelligence and fair and proper use of standardized tests, antidiscrimination and constitutional law. Her work seeks to expose the theoretical and legal implications of modern research from the fields of psychology, statistics and psychometrics and bridge science and law to offer new insights into the study of intelligence. Her academic articles, which have been the subject of scholarly responses, news articles and opinion commentary, appear in highly regarded law journals, including the Journal of Constitutional Law, University of Pennsylvania Law Review, UCLA Law Review, Wake Forest Law Review and the Yale Law Journal.

After Professor West-Faulcon graduated from Yale Law School, she clerked for the Honorable Stephen R. Reinhardt on the Ninth Circuit U.S. Court of Appeals and was one of twenty-five law students selected annually from across the nation by the law firm Skadden, Arps, Slate, Meagher & Flom, LLP to pursue a social justice legal project in the organization of her choice. Beginning as a Skadden Fellow in the New York office of the NAACP Legal Defense and Educational Fund, Inc (“LDF”) in 1996, she went on to direct the Los Angeles office of the LDF from 1998 until 2005 as Western Regional Counsel and Director.

Professor West-Faulcon’s scholarship and teaching are grounded in her cutting edge career as a civil rights attorney and litigator, where her work focused on the legal standard for proper use of standardized tests in elementary, secondary and higher education. Her cases include representation of African-American, Latino and Caucasian elementary and high school students in a legal challenge to a high stakes testing policy in Johnston County, North Carolina and African-American and Latino students asserting their interest in the test-based admissions policy of selective examination high schools in Boston, Massachusetts.

Harvard Ruling May Offer ‘Roadmap’ for Other Affirmative Action Cases

Kimberly West-Faulcon, a professor at Loyola Law School, said in an interview that though the Harvard lawsuit might provide a framework for other plaintiffs, defendants, and judges, idiosyncrasies of individual institutions’ race-conscious admissions policies make it difficult to predict whether other academic institutions will succeed in defending their procedures against allegations of discrimination.

Fired for being gay? LGBTQ rights return to Supreme Court.

“That’s the bind I see these textualists in,” says Kimberly West-Faulcon, a professor at Loyola Law School in Los Angeles. “Will they stick to the rules of textualism as previously articulated to them? Or will they deviate?”