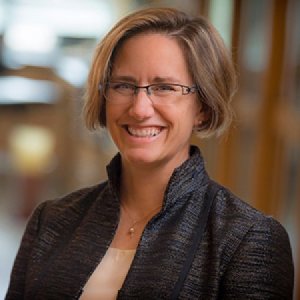 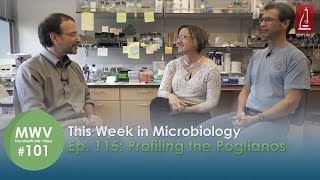 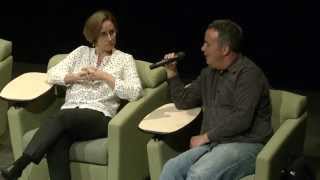 Pogliano performed her thesis research with Jonathan Beckwith at Harvard Medical School, studying the mechanism of protein secretion in E. coli, and was a postdoctoral fellow with Richard Losick at Harvard University, where she developed cell biological methods to study B. subtilis sporulation. Her research is focused on understanding how bacterial cells are organized during growth, development and antibiotic treatment. Pogliano has developed cell biological tools to rapidly identify antibacterial molecules, and is cofounder of Linnaeus Bioscience Incorporated (La Jolla, CA), a company that develops cell biological methods for the discovery of new antibiotics.

She joined the UC San Diego faculty in 1996, and is the dean of the Division of Biological Sciences and professor in the Section of Molecular Biology, past dean of the Graduate Division, chair of the UC San Diego Academic Senate, the Academic Senate Committee on Diversity and Equity, the Committee on Committees and the Biological Sciences Education Committee. She has served on a variety of national and international scientific advisory groups, including the National Institute of Health, the American Society for Microbiology and the Max Planck Society, and is a fellow of the American Academy of Microbiology, as well as a former Searle Scholar, Beckman Young Investigator and Damon Runyon Postdoctoral Fellow.

The Center for Excellence in Education (CEE) was founded in 1983 by the late Admiral H. G. Rickover, Father of the Nuclear Navy, and Joann P...

UC San Diego announced Monday that Kit Pogliano will became dean of the university’s renowned Division of Biological Sciences. The U.S. News and World Report ranks UCSD’s biology and biochemistry programs eighth-best in the world. A research analytics firm also recently identified three UCSD faculty members whose studies were among the top one percent most-cited publications in their field...

"We chose to study a family of unusually large bacteriophage and to apply cutting edge methods to watch their replication in unprecedented detail," said Kit Pogliano, a professor of molecular biology who participated in the study. Joe Pogliano and his colleagues found that shortly after bacteriophages infect bacteria, they destroy much of the existing architecture of the bacterial cells, including bacterial DNA, then hijack the remaining cellular machinery. The viruses then reorganize the entire cell into an efficient, centralized factory to produce the next generation of viruses.

Those bacteria have “a really good shot of fixing the problem,” said Kit Pogliano, a professor of biological sciences at UC San Diego. She said she couldn’t find any scientific research on using the bacteria to clean up bird poop, but that Bacillus is used in a variety of ways, including agriculture and making a fermented soybean product called Natto. The microbes are safe for humans and wildlife, Pogliano said. And even if some washed into the ocean, they would very likely not have any impact on the environment.

Sure, the images Kit Pogliano takes of bacterial proteins are breathtaking, but the science is even more so...

2018 The means by which the physicochemical properties of different cellular components together determine bacterial cell shape remain poorly understood. Here, we investigate a programmed cell-shape change during Bacillus subtilis sporulation, when a rod-shaped vegetative cell is transformed to an ovoid spore. Asymmetric cell division generates a bigger mother cell and a smaller, hemispherical forespore. The septum traps the forespore chromosome, which is translocated to the forespore by SpoIIIE. Simultaneously, forespore size increases as it is reshaped into an ovoid. Using genetics, timelapse microscopy, cryo-electron tomography, and mathematical modeling, we demonstrate that forespore growth relies on membrane synthesis and SpoIIIE-mediated chromosome translocation, but not on peptidoglycan or protein synthesis. Our data suggest that the hydrated nucleoid swells and inflates the forespore, displacing ribosomes to the cell periphery, stretching septal peptidoglycan, and reshaping the forespore. Our results illustrate how simple biophysical interactions between core cellular components contribute to cellular morphology.

Assembly of a nucleus-like structure during viral replication in bacteria

2017 We observed the assembly of a nucleus-like structure in bacteria during viral infection. Using fluorescence microscopy and cryo-electron tomography, we showed that Pseudomonas chlororaphis phage 201f2-1 assembled a compartment that separated viral DNA from the cytoplasm. The phage compartment was centered by a bipolar tubulin-based spindle, and it segregated phage and bacterial proteins according to function. Proteins involved in DNA replication and transcription localized inside the compartment, whereas proteins involved in translation and nucleotide synthesis localized outside. Later during infection, viral capsids assembled on the cytoplasmic membrane and moved to the surface of the compartment for DNA packaging. Ultimately, viral particles were released from the compartment and the cell lysed. These results demonstrate that phages have evolved a specialized structure to compartmentalize viral replication.

2016 Although most clinically used antibiotics are derived from natural products, identifying new antibacterial molecules from natural product extracts is difficult due to the complexity of these extracts and the limited tools to correlate biological activity with specific molecules. Here, we show that bacterial cytological profiling (BCP) provides a rapid method for mechanism of action determination on plates and in complex natural product extracts and for activity-guided purification. We prepared an extract from Bacillus subtilis 3610 that killed the Escherichia coli lptD mutant and used BCP to observe two types of bioactivities in the unfractionated extract: inhibition of translation and permeablization of the cytoplasmic membrane. We used BCP to guide purification of the molecules responsible for each activity, identifying the translation inhibitors bacillaene and bacillaene B (glycosylated bacillaene) and demonstrating that two molecules contribute to cell permeabilitization, the bacteriocin subtilosin and the cyclic peptide sporulation killing factor. Our results suggest that bacillaene mediates translational arrest, and show that bacillaene B has a minimum inhibitory concentration 10 × higher than unmodified bacillaene. Finally, we show that BCP can be used to screen strains on an agar plate without the need for extract preparation, greatly saving time and improving throughput. Thus, BCP simplifies the isolation of novel natural products, by identifying strains, crude extracts and fractions with interesting bioactivities even when multiple activities are present, allowing investigators to focus labor-intensive steps on those with desired activities.

2013 Identifying the mechanism of action for antibacterial compounds is essential for understanding how bacteria interact with one another and with other cell types and for antibiotic discovery efforts, but determining a compound's mechanism of action remains a serious challenge that limits both basic research and antibacterial discovery programs. Here, we show that bacterial cytological profiling (BCP) is a rapid and powerful approach for identifying the cellular pathway affected by antibacterial molecules. BCP can distinguish between inhibitors that affect different cellular pathways as well as different targets within the same pathway. We use BCP to demonstrate that spirohexenolide A, a spirotetronate that is active against methicillin-resistant Staphylococcus aureus, rapidly collapses the proton motive force. BCP offers a simple, one-step assay that can be broadly applied, solving the longstanding problem of how to rapidly determine the cellular target of thousands of compounds.