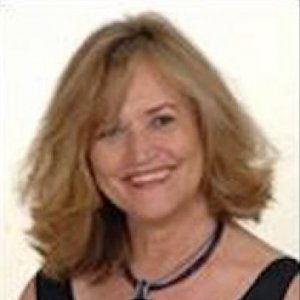 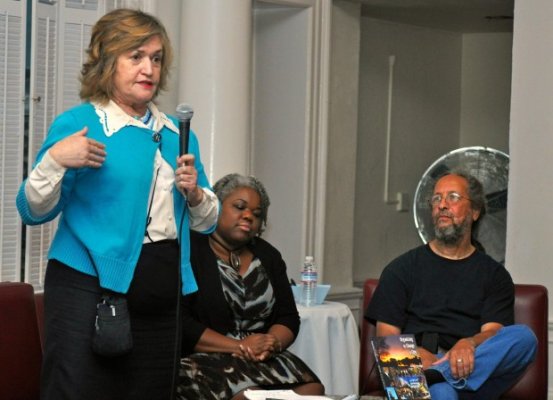 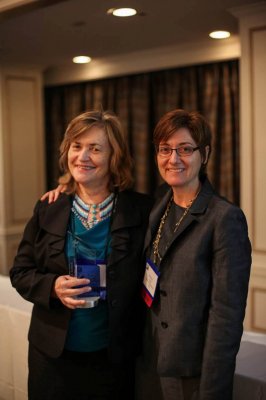 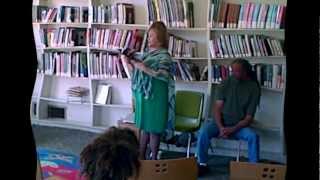 Kitty served as Education Director for Mayor Ronald Dellums and led an innovation in democracy called the Task Force Process, which consisted of 41 groups comprised of 800 people whose recommendations helped to shape the administration of Mayor Ron Dellums. In that role, she also worked on diversifying the teaching force, creating innovative youth engagement programs, and altering city policies so that more flatlands residents would be hired on city funded projects. In May 2012, she was named one of the “2012 Powerful Women of the Bay Area” and received community leadership awards from the John George Democratic Club and PUEBLO. Her book, Organizing to Change A City, derives from her experiences as an organizer and provides steps and guidance for change.

While teaching English at the Emiliano Zapata Street Academy, a unique public alternative school which was an outgrowth of the civil rights movement, Dr. Epstein received the Marcus Foster Educator of the Year Award. Later, Dr. Epstein published an article on the school called “Miracle School, Child of the Civil Rights Movement” in the widely-read Phi Delta Kappan journal.

Epstein earned a doctorate at the University of California, Berkeley, where she received the Outstanding Dissertation Award and served as a visiting professor. She has prepared hundreds of urban teachers and has supervised the dissertation studies of several dozen doctoral candidates. Her second book, A Different View of Urban Schools: Civil Rights, Critical Race Theory, and Unexplored Realities challenges myths and assumptions about urban school districts.

Dr. Epstein has spoken in Nicaragua, China, Jordan, Ethiopia, and South Africa about the creation of effective education programs, particularly for disenfranchised high school students. Kitty is also the host of a bi-weekly radio program, Education Today, on which she covers international, national, and local policy issues.

Research and Action On the Racial Wealth Gap

The History and Impact of Norm-Referenced Standardized Testing

(2013) Awarded by the Urban Affairs Association and Sage Publications.

(1988) Awarded by the University of California at Berkeley.

Hear local and national education news on Education Today at 2:30 Friday KPFA 94.1 FM (www.kpfa.org) and hear Professor Alan Singer’s research on new initiatives by for-profit test companies to take over education in less developed countries. Education Today is a radio show hosted by Kitty Kelly Epstein, and airs on the 2nd and 4th Fridays of the Month.

Hear a veteran teacher East Bay teacher talk about the why she stayed in teaching for 40 years, the sense of fulfillment, and the unique environment of the high school where she has worked. And hear education news from around the country and around the globe. Education Today is a radio show hosted by Kitty Kelly Epstein, and airs on the 2nd and 4th Fridays of the Month.

Education Today covers contemporary education issues with host, Kitty Kelly Epstein. Guests include noted academics like Michelle Fine, Alfie Kohn, and Yohuru Williams; innovators like Kalimah Priforce; community organizers like Robbie Clark and grassroots teachers, parents and students. We look at school closures, standardized testing, and unacknowledged racism in school policies. We also look at progressive initiatives like Ethnic Studies for all, and the Oakland Street Academy. And sometimes we talk with listeners by phone. Join us.

The Power Struggle Behind the Teacher Tenure Law Suit

The Los Angeles court decision against teacher tenure laws has something in common with No Child Left Behind. The Bush administration rolled out NCLB with pretty slogans about helping poor children. In the end, the law enriched testing companies and left more children behind...

Kitty Kelly Epstein, of the Oakland Works Alliance, pointed out that city policy bars the rezoning of industrial land for other purposes. That policy, adopted in 2008, aimed to preserve the city’s supply of blue-collar jobs...

(2014) This chapter is intended to be practical. It does not analyze demographics, history, or theory because these topics are covered elsewhere in this book and in our own earlier writing (Epstein, 2012a, 2012b, 2005). The chapter has two purposes.(a) It can serve as a ...

(2012) This article argues that economic exclusion, standardized testing, and racially biased definitions of teacher quality continue the exclusion of teachers of color from the urban teaching force. The authors highlight two urban programs designed to address such ...

The whitening of the American teaching force: A problem of recruitment or a problem of racism?

(2005) Over the last 10 years, I have participated in the preparation of some 2,000 new teachers. I have found little correlation between the requirements to enter a credential program and one's likely effectiveness as a teacher. Due to a series of barriers that fail to predict good teaching...

Miracle School: A Child of the Civil Rights Movement

(2004) Imagine a school that offers its students a safe environment, a rigorous college-prep curriculum, high expectations for student responsibility, and individualized attention. Ms. Epstein describes such a school, but it is not an elite private school for the wealthy.

Case studies in dropping out and dropping back in

(1992) Michelle Fine notes that dropping out of school is impacted by a school atmosphere which seemingly invites students to disappear (Fine, 1991). Likewise, researchers from the Claremont Graduate School of Education concluded after a year of intensive participatory ...