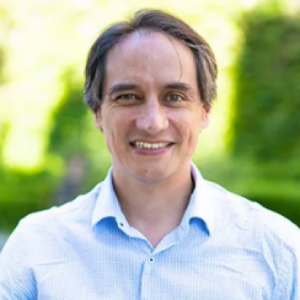 
Klaus Romero is a clinical pharmacologist and epidemiologist who has developed models to predict the efficacy and safety of medications.

Dr. Romero has developed models to predict the efficacy and safety of medications used to treat polycystic kidney disease, Alzheimer's disease, multiple sclerosis and tuberculosis. These models have received FDA acceptance as fit for purpose models that have significantly improved the ability to determine go/no go decisions from phase 2 to phase 3 trials. He has authored over 40 peer-reviewed publications and served as a co-investigator on a number of NIH, FDA, and Foundation grants.

Dr. Romero will be involved in leading the development of a sophisticated data management and analytics core for the School, which will integrate research data within USC and external collaborators, to then develop longitudinal models that incorporate disease dynamics with exposure-response relationships. This will in turn provide unique training opportunities for talented scientists that are interested in pursuing careers in the field of quantitative medicine and model-informed drug discovery and development.

In July, 2018, Klaus Romero joined the faculty as Adjunct Professor for the USC School of Pharmacy at the Titus Family Department of Clinical Pharmacy.

Dr. Romero received his M.D. degree from the Xavierian University School of Medicine, with postgraduate training in clinical pharmacology and epidemiology at the Columbian National University.

2017 It is unclear whether female carriers of the apolipoprotein E (APOE) ε4 allele are at greater risk of developing Alzheimer disease (AD) than men, and the sex-dependent association of mild cognitive impairment (MCI) and APOE has not been established.

Cerebrospinal Fluid Biomarkers for Alzheimer's Disease: A View of the Regulatory Science Qualification Landscape from the Coalition Against Major Diseases CSF Biomarker Team.

2017 Alzheimer's disease (AD) drug development is burdened with the current requirement to conduct large, lengthy, and costly trials to overcome uncertainty in patient progression and effect size on treatment outcome measures. There is an urgent need for the discovery, development, and implementation of novel, objectively measured biomarkers for AD that would aid selection of the appropriate subpopulation of patients in clinical trials, and presumably, improve the likelihood of successfully evaluating innovative treatment options. Amyloid deposition and tau in the brain, which are most commonly assessed either in cerebrospinal fluid (CSF) or by molecular imaging, are consistently and widely accepted. Nonetheless, a clear gap still exists in the accurate identification of subjects that truly have the hallmarks of AD. The Coalition Against Major Diseases (CAMD), one of 12 consortia of the Critical Path Institute (C-Path), aims to streamline drug development for AD and related dementias by advancing regulatory approved drug development tools for clinical trials through precompetitive data sharing and adoption of consensus clinical data standards. This report focuses on the regulatory process for biomarker qualification, briefly comments on how it contrasts with approval or clearance of companion diagnostics, details the qualifications currently available to the field of AD, and highlights the current challenges facing the landscape of CSF biomarkers qualified as hallmarks of AD. Finally, it recommends actions to accelerate regulatory qualification of CSF biomarkers that would, in turn, improve the efficiency of AD therapeutic development.

Accelerating drug development for Alzheimer's disease through the use of data standards.

2017 The exceedingly high rate of failed trials in Alzheimer's disease (AD) calls for immediate attention to improve efficiencies and learning from past, ongoing, and future trials. Accurate, highly rigorous standardized data are at the core of meaningful scientific research. Data standards allow for proper integration of clinical data sets and represent the essential foundation for regulatory endorsement of drug development tools. Such tools increase the potential for success and accuracy of trial results.