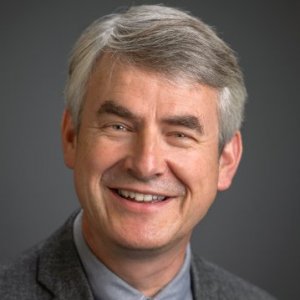 
Klaus E. Volpert, PhD is an expert in mathematics of finance and economics, pricing of financial derivatives, and pedagogy of mathematics.

Mathematics of Finance and Economics

Income inequality in the United States continually fluctuates, but the large gap between rich and poor remains. Dr. Volpert has done extensive research on the variation in income inequality and the mathematical causes behind its rise and fall. An expert source on applied mathematics at the intersection of ﬁnance and economics, he is also an authoritative voice on the ways in which teachers can help students understand and use mathematics.

Awarded for article, "On the Mathematics of Income Inequality: Splitting the Gini Index in Two," co-authored with Robert T. Jantzen.

Crawford Award for Excellence in the Teaching of Mathematics (professional)

Regional section of the Mathematical Association of America, 2011.

Awarded in recognition of support of students with learning differences, 2005.

Just how big is 7 billion?

The global population is expected to reach 7 billion Monday -- just 12 years after hitting 6 billion -- and the milestone has many pondering the complex challenges associated with billions more people on Earth in the coming years. Some are also pondering something else: Just how big is 7 billion really? "The number is just outside of our usual everyday scale of thinking," said Klaus Volpert, an associate professor of mathematics at Villanova University. "We count to 10 on our fingers and that's our scale, you know? Even counting to a million is already kind of outside of the everyday experience. And then once you go past a million, it becomes a blur."

2013 We observe that over the last 50 years, long-term interest rates in the U.S. have had a remarkable record of predicting stock-market returns, specifically in the 16- to 17-year range. We quantify this phenomenon and test via standard models and Monte Carlo simulations whether such a phenomenon is likely to arise by chance. We show that the probability for that is small, but not negligible.

On the Mathematics of Income Inequality: Splitting the Gini Index in Two

December 2012 issue. Vol. 119, 2012, pp. 824-837 Income distribution is described by a two-parameter model for the Lorenz curve. This model interpolates between self-similar behavior at the low and high ends of the income spectrum, and naturally leads to two separate indices describing both ends individually. These new indices accurately capture realistic data on income distribution, and give a better picture of how income data is shifting over time.

Journal of Pure and Applied Algebra