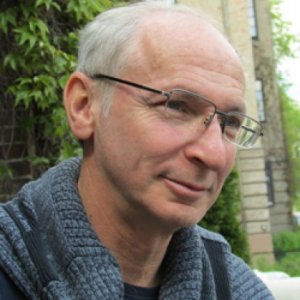 Khanin’s research covers a broad range of topics, and his academic career is similarly extensive having held positions around the globe. He completed his PhD in Mathematical Physics from the L.D. Landau Institute for Theoretical Physics in Moscow, where he served as a Research Associate until 1994. He held visiting appointments at a range of institutes in various countries including Italy, Switzerland, the US, Israel, France and Japan. After serving in academic positions at Princeton University, the Isaac Newton Institute for Mathematical Sciences at the University of Cambridge, and the Heriot-Watt University in Edinburgh, Khanin joined U of T Mississauga in 2005. He was the Chair of MCS from 2008-13. His research interests currently include dynamical systems, probability theory, statistical mechanics, turbulence theory and mathematical physics.

2014 Awarded by the University of Toronto, recognizing extensiveness and influence in research.

“Unsung heroes” and others honoured at annual awards ceremony

“I was very happy that he was elected now and that justice has been done, because in my mind he definitely belongs to this category,” University of Toronto professor Konstantin Khanin said ...

On Dynamics of Lagrangian Trajectories for Hamilton–Jacobi Equations

Archive for Rational Mechanics and Analysis

2016 Characteristic curves of a Hamilton–Jacobi equation can be seen as action minimizing trajectories of fluid particles. However this description is valid only for smooth solutions. For nonsmooth “viscosity” solutions, which give rise to discontinuous velocity fields, this picture holds only up to the moment when trajectories hit a shock and cease to minimize the Lagrangian action.

The intermediate disorder regime for directed polymers in dimension 1 + 1

The Annals of Probability

2013 Motivated by discrete directed polymers in one space and one time dimension, we construct a continuum directed random polymer that is modeled by a continuous path interacting with a space-time white noise.

Journal of the American Mathematical Society

2013 We construct space-time stationary solutions of the D Burgers equation with random forcing in the absence of periodicity or any other compactness assumptions. More precisely, for the forcing given by a homogeneous Poisson point field in space-time we prove that there is a unique global solution with any prescribed average velocity.

2013 We consider a class of mechanical particle systems interacting with thermostats. Particles move freely between collisions with disk-shaped thermostats arranged periodically on the torus.