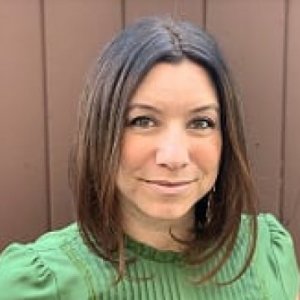 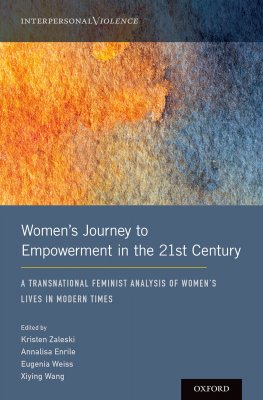 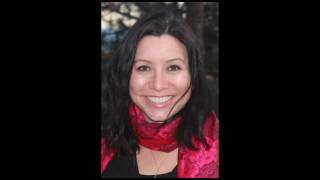 Dr. Kristen Zaleski is a professor, psychotherapist, and researcher of sexual violence in both civilian and military settings. Her current research interests include technology facilitated sexual violence, gender based violence and its connection to human rights within American society, and clinical treatments of trauma in the therapy room. She is a topic expert on sexual violence in American society, PTSD and stress response, interpersonal neurobiology, and modern day attachment theory. Dr. Zaleski's work and research experience makes her a unique authority on the micro influences of trauma on the psychological, physical, and spiritual health of an individual.

Dr. Zaleski's first book, Understanding and Treating Military Sexual Trauma, is currently in its 2nd edition and is the first social work text on the topic. In November 2019, Oxford University Press published her second book, Women's Journey to Empowerment in the 21st Century on the topic of transnational feminism and global violence.

Dr. Zaleski is active in the clinical community of Los Angeles, often consulting or providing education to trauma providers across Southern California, and is nationally recognized for her work on sexual violence both in military communities and online. Dr. Zaleski is on the advisory board on the Center for Law and Military Policy and is the Director of Forensic Mental Health at the USC Keck Human Rights Clinic providing psychological evaluations for immigrants seeking asylum in the United States.

To reference the work of Kristen Zaleski online, we ask that you directly quote their work where possible and attribute it to "Kristen Zaleski , a faculty at the USC Suzanne Dworak-Peck School of Social Work” (LINK: https://dworakpeck.usc.edu)

As someone who studies the effects of sexual violence, I’ve heard this kind of victim-blaming far too often. To me, “Be careful of the photos you take of yourself” sounds eerily similar to “Don’t wear suggestive clothing.” Sexual violence happens because of sexual perpetrators. It has nothing to do with the clothing people wear or the photos they take of themselves.

Jessica’s Story in 13 Reasons Why Season Three Shows There’s No One Way to Recover from a Sexual Assault.

Discussing the show 13 Reasons Why and its illustration of sexual violence.

There is more education, research, and clinical advocacy needed on image-based sexual abuse in the United States military.

Following Kavanaugh hearing, how do people decide whether or not to share their own stories

Radio discussion of how Kavanaugh hearing is affecting survivors of sexual violence.

Dr. Zaleski is interviewed on sexual violence and its reflection in the media surrounding the Kavanaugh hearing.

Sexual trauma in face to face violence has decades of research showing a cluster of symptoms that most survivors have in common, including confusion, changes in sleep and eating patterns, nightmares, and a heightened startle response in the short term that will prevent them from engaging socially. Longer term symptoms include post-traumatic stress disorder (PTSD), depression, and anxiety. Are these symptoms the same for victims of image based sexual abuse? We don’t really know for sure.

“I was surprised that so many people were so mean about these victims,” Kristen Zaleski, associate professor at USC’s School of Social Work, told The Huffington Post. “Even knowing what I know about rape culture, I didn’t expect so much hate and judgment and discriminatory attitudes and othering ― there was a lot of othering.” (...)

Zaleski says that many of the students interviewed spoke about the value of education and empathic modelling when developing their own sense of empathy. Like Thompson, students shared how class discussions on issues like generational violence and poverty helped them become less judgmental. Some highlighted the personal impact of caring professors. (...)

When asked why sex offenders might be drawn to the military, Dr. Kristen Zaleski, Ph. D., said: “They have a captive audience. A sexual predator in the military has it easy at the moment. No sexual offender registry exists to alert service members or military command.” (...)

Panel Addresses Issues of Sexual Assault in the Military

In her presentation, Zaleski discussed the Rape of Nanking – a 1937 military campaign during which Japanese soldiers invaded the capital of China and murdered and raped Chinese civilians. She also talked about the My Lai Massacre, during which U.S. Army soldiers murdered Vietnamese civilians. (...)

“The issue with men being raped, whether civilian or military, is stigma,” said Kristen Zaleski, Ph.D., who works with victims of MST — previously through the VA and now in private practice. “The perpetrator is rarely homosexual or looking for sexual release.” (...)

Women’s Journey to Empowerment in the 21st Century: A Transnational Approach.

Women's Journey to Empowerment in the 21st Century offers a global view into the patriarchal attitudes that shape cultural practices that oppress women and continue to take form in the modern era. In closely examining a range of issues--from the college campus rape epidemic in the United States to the climate change effects in Ghana--this book compels readers to utilize a contextual framework in order to take a closer look into contemporary violence and oppression against women in our world. Written through the lens of transnational feminism, it examines the intersections of nationhood, race, gender, sexuality, and economics within the context of a world shaped by globalization and colonialism, causing the redefinition of borders and the realignment of migration patterns. A transnational feminist perspective also supports a definition of global sisterhood based on equity, understanding, and mutual experiences. Students focusing on social justice, social work, women's studies, feminist theory, and/or violence against women will find the book to be an invaluable resource.

Posting the story of your sexual assault online: a phenomenological study of the aftermath

Silence and shame often surround incidents of sexual violence. As technology and social media spawn movements for survivors to speak about their experiences, it is unknown if public online disclosures are aiding or hindering sexual assault recovery. This study explored the experiences of survivors of sexual violence who utilized social media to publicly disclose surviving sexual assault (n = 20). Qualitative interviews explored survivors’ motivations and overall experiences of self-disclosing their sexual assault via social media. A thematic, open-coded analysis was conducted using NVivo qualitative data analysis software. Four major themes emerged from the data: “I didn’t want to be silenced anymore,” “I named myself a resource,” “The fence begins to have holes in it once you disclose,” and “Disclosing myself was a form of renewal.” The findings elucidate how the majority of participants experienced a positive benefit from disclosing publicly, with two notable exceptions of negative experiences. The findings support further research into this phenomenon to discern whether disclosing one’s story of sexual assault via social media can be seen as an avenue for positive coping and facilitate further resolution after a sexual trauma, specifically regarding a sense of empowerment and a sense of contributing to a larger online narrative of survivors.

The Lived Experience of Child Marriage in the United States.

Despite international and domestic calls to end child marriage, 48 U.S. states permit the marriage of minors younger than age 18 as of August 2018. In developing nations, child marriage is associated with a wide range of adverse economic, health, and mental health outcomes, yet little research has been done to understand its effects on developed nations such as the United States. This study is the first to interview adults who were married as children in the United States, to investigate the reasons why the marriages occurred, and qualitatively understand the experiences of married American children. 21 participants (20 females and 1 male) self-selected into this study to complete an online questionnaire and be interviewed by phone. Participants were married between ages 13 and 17. Most participants (n = 18) reported physical, sexual, financial, or emotional abuse during their marriage as well as unwanted and/or unplanned pregnancies. This study shows some important social justice issues related to consent and the qualitative differences inherent in deciding to marry during childhood. Notably, this study did not find that pregnancy was the reason most participants married as minors, as some policy debates across the U.S. report.

2016 In 1992, Judith Herman published her seminal work, Trauma and Recovery, which outlined new concepts for understanding, defining, and treating posttraumatic stress disorder (PTSD). Although written over two decades ago, Herman’s work is still considered an essential work in the field of traumatology. This article links Herman’s central concepts of terror, hyperarousal, constriction, and intrusion with neurobiology of trauma.

2016 Current research has yet to examine the phenomenon of rape culture, particularly within social media forums. The present study investigated the attitudes about rape, rapists, and gender-based violence within the comments section of newspaper articles reporting about rape and sexual assault.

2016 Empathy is at the core of the provider-consumer relationship in social work; without it, successful outcomes for psychological treatment are unlikely (APA Presidential Task Force, 2005). The use of empathy is considered an essential part of the professional encounter and a standard in providing ethical care. Therefore it is expected and assumed that the mental health practitioner possesses the ability to be empathetic and that s/he is capable of providing empathetic social work services to clients who are experiencing physical, psychological, and/or emotional pain.

Alice in Wonderland: Exploring the Experiences of Female Service Members With a Pregnancy Resulting From Rape

2013 Currently, no clinical research has ever been conducted to examine what, if any, traumatic effects take place when pregnancy results from a sexual assault during military service. The present study investigated the emotional experience and impact of rape and pregnancy on women serving in the military.