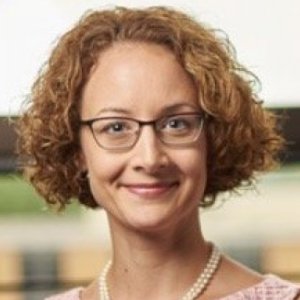 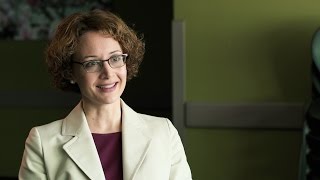 Kristi Bowman serves as Vice Dean for Academic Affairs and Professor of Law. As the academic dean, she is a member of the College’s senior leadership team and oversees the organization and delivery of the College’s instructional program.

Dean Bowman is also an education law scholar. She is a co-author of the 5th edition of a leading textbook in the field, Educational Policy and the Law (2012), editor of Pursuing Racial and Ethnic Equality in American Public Schools: Mendez, Brown, and Beyond (2015), and author of a textbook written for non-American education law scholars and practitioners, An Introduction to Constitutional Rights to and in Education in the United States (forthcoming 2016). In 2010, she received the Education Law Association's Steven S. Goldberg Award for Distinguished Scholarship in Education Law. She also is a faculty affiliate of the Education Policy Center at the Michigan State University College of Education.

Dean Bowman’s numerous publications have examined a range of education law issues including public schools in fiscal crisis, students' free speech rights, racial/ethnic equality in education, and religion in public schools. These publications have appeared in books and in journals including the North Carolina Law Review, the American University Law Review, Wake Forest Law Review, and the University of Cincinnati Law Review. She regularly presents her scholarship across the country and around the world, having taught or lectured in Belgium, Canada, Dubai, France, Japan, Italy, Israel, and Germany.

The founder and editor of the SSRN Education Law Abstracting Journal, Dean Bowman is active in several professional organizations including the American Association of Law Schools, for which she was the Education Law Section Chair in 2010, and has served on the Committee for Sections and the Annual Meeting. She was the recipient of a Michigan State University Lilly Teaching Fellowship for the 2009-10 academic year and has been a member of the Law College faculty since 2007.

Prior to teaching, she practiced at Franczek Sullivan, P.C. (now Franczek Radelet), in Chicago, where she represented school districts, and clerked on the United States Court of Appeals for the Eighth Circuit. During law school she worked at the United States Department of Education, Office for Civil Rights.

Right to Education and Civic Role of Public Schools

Awarded by the Education Law Association annually in recognition of an outstanding contribution to the literature.

Another law professor, Michigan State’s Kristine Bowman, says that because the photo was taken in the lead-up to a school event, Baraboo High School did have jurisdiction over the students’ behavior. “But that doesn’t mean that the school can necessarily punish them,” she says.

The lawyers behind Gary B. v. Snyder sought recourse through the federal system, explained Kristi Bowman, an education-law scholar at Michigan State University who cowrote an amicus brief in support of the plaintiffs, because Michigan’s courts have generally refused to take on education-rights cases. That’s largely because the language on education in its constitution is even more vague and limited than that in the constitutions of many other states, some of whose courts have been very active in adjudicating suits about how schools are funded.

But Kristi Bowman, vice dean for academic affairs in the Michigan State University College of Law, says that the Lansing School District might not feel immediate impact when it comes to the decision. “In terms of the funding withdraw, that isn’t something I could see affecting the school district because the school district is a separate entity from the local government,” Bowman said...

How much change can Betsy DeVos make at states' schools?

One area in which DeVos will have considerable influence: how aggressive the department's office of civil rights pursues complaints. That office handles complaints over student rights as it relates to race and ethnicity, sex and gender, and disability, said Kristi Bowman, an education law and policy expert at Michigan State University. "There's a lot of variation, from one administration to another, in the approach that administration takes to staffing that unit and being more aggressive," Bowman said...

Can Flint be reborn through its public schools?

Kristi Bowman, an education-law scholar at Michigan State University in East Lansing, says the response to the lead crisis has not been adequate. “The state is obligated under federal and state law to carry a certain weight…. You can’t put a district that’s in this kind of fiscal distress in the position of having to go out and beg for contributions…. It’s not going to equip them to comply with all the legal requirements.”...

The authors – graduate students Rachel White and Kacy Martin, MSU Extension economist Eric Scorsone and MSU law professor Kristi Bowman – argue Michigan should build fiscal scorecards for school districts using a number of readily available economic and environmental indicators. “The best system would give both the school district and the state plenty of warning before schools ever reached the point of financial crisis,” Scorsone said...

MSU Law Hosts Symposium on School Desegregation Across the U.S.

“Brown v. Board of Education in 1954 and the Civil Rights Act of 1964 changed the landscape of our society, and an important part of that change occurred in public schools,” said Kristi Bowman, MSU law professor. “During this symposium, we're honored to be hosting incredible people who were a part of making history. We will have attorneys and parties to education rights cases that went before the Supreme Court, as well as exceptional scholars who will challenge us to think about the changes that have occurred and the obstacles that remain.”

2018 Ongoing education reform litigation arising out of Detroit, Michigan presents an innovative claim: Children have an unenumerated federal constitutional right of access to literacy. On June 29, 2018, the district court granted defendants’ motion to dismiss. The case is now on appeal to the Sixth Circuit and is expected to be argued in the first half of 2019. This litigation has already broken new ground and, regardless of the ultimate outcome, it is valuable because it invites us to revisit fundamental questions about rights, remedies, and the role of courts in education reform.

2018 Disputes about transgender students’ rights are growing in number and prominence. In spring 2017, when the Trump Administration rescinded the Obama Administration’s guidance that had protected transgender students, the Supreme Court cancelled oral argument in Gloucester County v. G.G., the case it was scheduled to hear on this topic, vacated the lower court’s opinion, and remanded the case. But what if that hadn’t happened? Specifically, what if Hillary Clinton had been elected president, the guidance had remained in place, and the Court had heard oral argument as originally scheduled in Gloucester County?

The Failure of Education Federalism

2016 Education federalism is failing our children. Especially since the Great Recession, states have been less and less likely to invest in public education or to be amenable to structural education reform initiatives. In some states, the executive or judiciary has attempted to counteract this trend. In a small but growing number of other states, checks and balances effectively no longer occur, at least when it comes to financing public education.

2015 In 2007, the European Court of Human Rights, the most influential international human rights court in the world, decided what some commentators have referred to as “Europe’s Brown v. Board of Education.” This case, D.H. and Others v. the Czech Republic, was not a unanimous decision and, to this day, the Czech Republic remains involved in an extensive remedy designed to correct the harms identified by the European Court of Human Rights. Thus, through the D.H. case and other subsequent cases, European states are currently creating much of their own school desegregation remedial scheme under the Council of Europe's European Convention on Human Rights. By contrast, in the US, the contours of school desegregation litigation are fairly well-established in large part because the law is mostly settled; recent and remaining debate is at the margins of the issue or about the related issue of voluntary integration as opposed to intentional segregation. Accordingly, informed by the contours of what constitutes illegal discrimination under different legal regimes’ statutes and judge-made law, in this article the authors analyze school desegregation liability and remedies available in the US and the EU (specifically the Czech Republic). Considering the US, we learn from sixty decades of court-ordered desegregation and a litigation movement now in its twilight years. Turning to the EU, we see how an international human rights court is redefining the way national remedies against discrimination are construed.

The government speech doctrine and speech in schools

2013 According to the Supreme Court, when the government sets forth its own message, it may constitutionally quash private speakers’ attempts to alter that message. The implications of this doctrine are potentially quite far-reaching, thus this Article explores what those implications could be — and should be — in the context of public schools. After all, the government speaks a lot in schools, and the free speech rules in schools are different from the default rules in ways that already favor the government.

2010 The number and percentage of Latino/a students in U.S. public schools continue to grow rapidly, yet the literature lacks a comprehensive analysis of how existing law can be used to advocate for these students’ interests. This Article first lays the sociolegal foundation necessary to contextualize such an analysis. Then, it aims to provide such an analysis by evaluating the present utility of three major litigation initiatives and three important policy initiatives which parents, advocates, and school districts have employed in the pursuit of educational equity for Latino/a students: school desegregation litigation, school finance litigation, Equal Educational Opportunities Act litigation, civil rights education recordkeeping, English language instructional alternatives, and voluntary, multifactor socioeconomic status integration. Ultimately, this Article argues not only for pursuing all initiatives concurrently, but also for continuing to value and employ race/ethnicity conscious measures (rather than color-blind ones) as our society pursues the goal of advancing educational opportunities for all children.

The new face of school desegregation