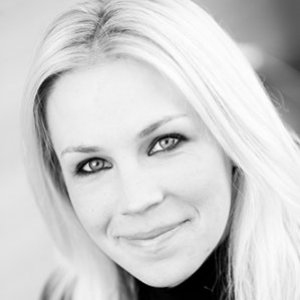 Kristin Marguerite Doidge is an experienced public relations professional and journalist with 10 years of experience in media. She has served a diverse range of clients, from media, artists, and authors such as HarperCollins, Eat|See|Hear, and Carole Bayer Sager, to tech companies such as Silicon Beach-based Caviar (prior to its acquisition by Square), Pop Physique, and Arianna Huffington and Kobe Bryant-backed bLife, to Fortune 100 companies, such as Procter & Gamble.
She currently works as a contributing editor and columnist at GOOD Magazine, as a columnist for Sophia Amoruso’s Girlboss.com, and a contributor at The Salvation Army’s Caring Magazine. Her writing on media, film and entertainment, social justice, and culture has also been featured in The Atlantic, Marie Claire, FORTUNE, xoJane, ATTN.com, Bustle, and NPR, among other top outlets. She won several National Arts & Entertainment Journalism Awards and Southern California Press Club Awards in 2017 (earning second and third prize honors for her feature writing on business and culture at the LA Business Journal), and was a finalist in 2015 for her work in radio and film commentary. She’s currently working on her first nonfiction book based on her master’s thesis. In her free time, she’s a devoted patron of the arts, and an active volunteer mentor with Step Up Women’s Network and USC Annenberg.
Professor Doidge holds a master of arts (M.A.) degree in specialized journalism (media/culture) from the University of Southern California’s Annenberg School of Journalism, and a bachelor of arts (B.A.) degree in communication from the University of California, San Diego.