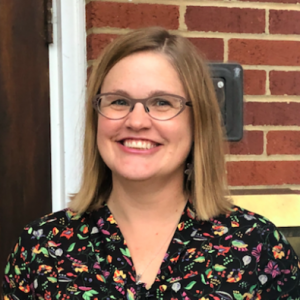 Immigration history expert can provide insight on anti-Asian racism in the U.S. 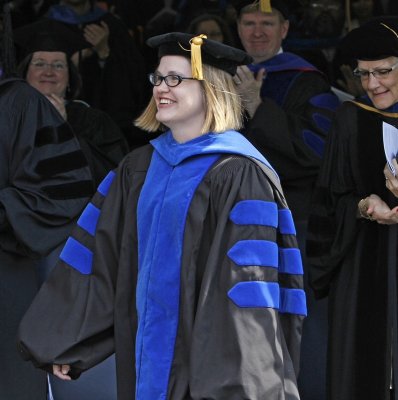 Krystyn Moon is a professor of history and American Studies at the University of Mary Washington in Fredericksburg, Virginia. She is the author of "Yellowface: Creating the Chinese in American Popular Music and Performance, 1850s-1920s" (2005), as well as numerous articles, essays, reviews and blogs on American immigration history and ethnic identity.

Additionally, she has worked as a public historian, collaborating with the Office of Historic Alexandria (OHA) for several years. As part of this partnership, she has written “Finding the Fort: A History of an African American Neighborhood in Northern Virginia, 1860s-1960s” to assist in the inclusion of African American history in Alexandria’s public programming. She was also the lead historical researcher and interviewer for OHA on “Immigrant Alexandria: Past, Present, and Future,” an oral history project funded by the Virginia Foundation for the Humanities.

Her current research looks at ways in complicating the public’s understanding of the past, especially through her research on race relations and immigration. She is also collaborating with faculty at UNC-Asheville and the University of Havana on a project exploring the impact of the opening of diplomatic relations on food identity and access in Cuba, funded by the Christopher Reynolds Foundation.

The News-Press set out to examine property deeds (stored in databases not in the city or nearby Arlington but at the Fairfax County Courthouse). But the work was already underway by a group of academics coordinated by Marymount University sociology professor Janine DeWitt, housing attorney Kristin Neun and University of Mary Washington professor of history and American studies Krystyn Moon.

Lenox Place at Sunnyside: A small oasis of townhouses tucked away in Alexandria

“It is like the world in microcosm,” said Krystyn Moon, professor of history and American studies at University of Mary Washington.

The History of Race, Performance, and Drag Intersect in a Rare Photo of Thomas Dilward

Professor of History and American Studies Krystyn Moon was interviewed for an article about Thomas Dilward, one of the first African American performers to tour with all-white minstrel troupes that otherwise excluded Black people.

What’s the Vision for the Alexandria Historical Society in 2019?

“It is my mission to stress that Alexandria history does not end in 1865,” Professor Krystyn Moon, president of the Alexandria Historical Society, said in a recent interview. “This year we will focus on documenting, sharing and celebrating the amazing stories that have occurred in the 18th, 19th and 20th centuries.”

Professor Krystyn Moon talked about anti-immigration laws in the 19th century, focusing on Chinese immigrants. She described how an influx of Chinese immigrants on the West Coast during the 1800s led to both local and federal legislation attempting to limit or ban immigrants from China. The 1882 Chinese Exclusion Act was the first federal law to target a particular population based on nation of origin.

Finding a Place to Call Home: Race and Place in Alexandria, Virginia

Race: How was Race Constructed through the Law in Virginia? (with Erin Devlin)

From Arlandria to Chirilagua: The Remaking of a Northern Virginia Neighborhood, 1960s- 1980s

Where Allies are Key: Student Discussions around American Immigration

2021 Agroecotourism is growing worldwide, with a Latin American focus on both cultural and environmental sustainability. In this case study, the authors immersed themselves in the seven-year-old agroecotourism venture of La picadora, living among neighbours and conducting formal interviews with 14 persons to learn about agricultural practices, hosting approaches, and the effects of tourism on life at La picadora. Results showed a community practising and committed to sustainable use of land and human resources, and revealed agricultural practices typical of broader Cuba.

2020 Even before the founding of the City of Alexandria in 1749, Africans and their descendants, enslaved and free, have lived and worked along the waterfront, making significant contributions to the local economy and culture. In the 1820s, Alexandria became home to the largest domestic slave trading firm, which profited from the sale and trafficking of enslaved African Americans from the Chesapeake to the Deep South. The Civil War revolutionized social and economic relations, and newly freed African Americans found new job opportunities as a result of the waterfront’s industrialization.

2018 In 1857, Captain Samuel Bancroft Hussey purchased a three-story, red brick house (then standing at 617 South Washington Street) as a wedding gift for his only daughter, Melissa Ann Hussey, and her bridegroom, Robert Lewis Wood. The home had been vacant since 1853, when its builder, Reuben Roberts, had died and his widow moved to New Jersey. After a society wedding in New York, the couple returned to Alexandria to live in the home, located on the edge of town. Gay Montague Moore’s bicentennial history of Alexandria, Seaport in Virginia, profiles the Hussey property, including fascinating information about the objects that the bride brought with her from her travels abroad. Moore noted that Melissa Ann had “cages of cockatoos, parakeets, parrots, … a chimpanzee, and a small Chinese slave boy, bought by her father from one of the innumerable sampans in the harbor of Canton.

2018 Performers of Asian ancestry worked in a variety of venues and media as part of the American entertainment industry in the 19th and early 20th centuries. Some sang Tin Pan Alley numbers, while others performed light operatic works. Dancers appeared on the vaudeville stage, periodically in elaborate ensembles, while acrobats from China, India, and Japan wowed similar audiences. Asian immigrants also played musical instruments at community events. Finally, a small group lectured professionally on the Chautauqua Circuit.

2018 This essay explores the experiences and debates surrounding preparatory schools for Chinese students in the United States at the turn of the twentieth century. These institutions attempted to expand educational opportunities for poorer Chinese students who might otherwise not have had a chance to go to school; however, most of these children also had families in the United States, who supported their children's education but also needed their children to work to sustain their families.

Virginia Magazine of History and Biography

2016 This article explores housing segregation in mid-twentieth-century Alexandria and the ways in which leaders used public policy to reconfigure local neighborhoods and promote the city as an ideal, white middle-class community. Starting in the late 1930s, it became apparent that African American residents had few decent housing options in Alexandria thanks to a housing shortage combined with racial segregation.

On a Temporary Basis: Immigration, Labor Unions, and the American Entertainment Industry, 1880s–1930s

2012 This article explores the relationships among immigration law, organized labor, and the constructions of race and nationality in the experiences of foreign entertainers who were trying to enter the United States at the turn of the twentieth century. While entertainers came and went throughout this period, they also faced increasing regulation of their movements in part due to anxieties voiced by unions and nativists.

The Quest for Music’s Origin at the St. Louis World’s Fair: Frances Densmore and the Racialization of Music

2010 In this essay exploring Densmore’s research at the St. Louis World’s Fair we can see how evolutionary racism, American colonialism, and music scholarship intermingled at the beginning of the twentieth century.