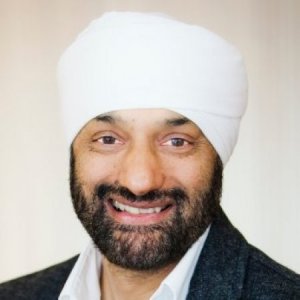 
Kuldeep focuses primarily on the areas of Oncology and Immunology.

Kuldeep is Senior Director of New Ventures at the Johnson & Johnson Innovation, Boston. He focuses primarily on the areas of Oncology and Immunology.

A trained molecular biologist with an extensive background in drug discovery, Kuldeep has been focused on the areas of Immunology, Inflammation and Oncology and has a passion for implementing cutting edge scientific discoveries into practical drug discovery programs.

Formerly, Kuldeep was Research Advisor/Director in Global External R&D at Eli Lilly. Prior to Eli Lilly, he was a Discovery Scientist at Pfizer, where he initiated the chemokine receptor drug discovery platform that led to the discovery and further development of several clinical candidates. Earlier in his career, Kuldeep also cloned one of the first chemokine receptors while at Genentech.

Kuldeep earned his BSc. in Microbial and Cellular Biology at the University of Calgary, and a PhD in Human and Molecule Genetics at the University of Toronto, where he was a major contributor in the understanding of the molecular basis of lysosomal storage diseases, in particular Tay Sachs and Sandhoff’s disease. 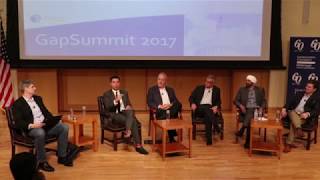 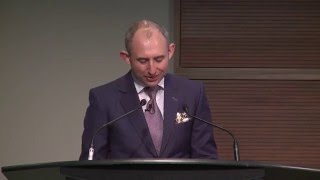 He led a panel comprised of Kuldeep Neote from J&J, Kapil Bharti of NEI/NIH, and Matthias Alder of Autolus Therapeutics, a UK company that recently announced they were opening commercial manufacturing in Maryland...

2006 We previously described the in vitro characteristics of the potent and selective CCR1 antagonist, CP-481,715. In addition to being selective for CCR1 vs other chemokine receptors, CP-481,715 is also specific for human CCR1 (hCCR1), preventing its evaluation in classical animal models. To address this, we generated mice whereby murine CCR1 was replaced by hCCR1 (knockin) and used these animals to assess the anti-inflammatory properties of CP-481,715. Cells isolated from hCCR1 knockin mice were shown to express hCCR1 and migrate in response to both murine CCR1 and hCCR1 ligands. Furthermore, this migration is inhibited by CP-481,715 at dose levels comparable to those obtained with human cells. In animal models of cell infiltration, CP-481,715 inhibited CCL3-induced neutrophil infiltration into skin or into an air pouch with an ED50 of 0.2 mg/kg. CP-481,715 did not inhibit cell infiltration in wild-type animals expressing murine CCR1. In a more generalized model of inflammation, delayed-type hypersensitivity, CP-481,715 significantly inhibited footpad swelling and decreased the amount of IFN-γ and IL-2 produced by isolated spleen cells from sensitized animals. It did not, however, induce tolerance to a subsequent challenge. These studies illustrate the utility of hCCR1 knockin animals to assess the activity of human specific CCR1 antagonists; demonstrate the ability of the CCR1 antagonist CP-481,715 to inhibit cell infiltration, inflammation, and Th1 cytokine responses in these animals; and suggest that CP-481,715 may be useful to modulate inflammatory responses in human disease.

2006 Cross-linking of the B cell antigen receptor (BCR) results in the activation of several protein tyrosine kinases leading to phospholipase C-γ2-dependent phospholipid hydrolysis and Ca2+ mobilization, followed by activation of the protein kinase C (PKC) family members. Sustained Ca2+ release in B lymphocytes is dependent on the membrane localization and activation of the protein tyrosine kinase BTK. Ca2+ release is a tightly regulated process involving BTK membrane localization through its phosphorylation by PKCβ. A selective role of PKCβ in B cell signaling was first revealed by the characterization of PKCβ knockout mice, which displayed decreased B cell proliferation in response to various mitogenic stimuli. However, it is not clear whether the B cell defects displayed by the PKCβ knockout mice are due a B cell developmental defect or the scaffolding function of PKCβ, resulting in a defect in the recruitment or formation of signal transducing complex molecules. Thus, in this report we investigated the effects of pharmacologic inhibition of the catalytic function of PKCβ on B cell survival and growth. Treatment of Daudi B lymphoma cell line with a selective PKCβ inhibitor, LY333531, inhibited anti-IgM-induced phosphorylation of BTK on Ser180 in a concentration-dependent manner, which was concomitant with an increase in BTK activation, and Ca2+ mobilization. In primary splenic B cells, LY333531 inhibited BCR-induced B cell proliferation, but did not affect basal or LPS-induced proliferation. Finally, LY333531 treatment resulted in the induction of apoptosis of anti-IgM-activated B cells, which corroborated with their inability to up-regulate pro-survival factors, Bcl-XL and Bcl-2. These results support the important and selective role of the PKCβ enzymatic function in controlling Ca2+ release during BCR signaling leading to B lymphocyte survival and growth.

2004 The chemokines are a large gene superfamily with critical roles in development and immunity. The chemokine receptor CXCR3 appears to play a major role in the trafficking of activated Th1 lymphocytes. There are at least three major ligands for CXCR3: mig/CXCL9, IP-10/CXCL10 and I-TAC/CXCL11, and of these three ligands, CXCL11 is the least well-characterized. In this study, we have cloned a rat ortholog of CXCL11, evaluated its function, and examined its expression in the Th-1-mediated disease, experimental autoimmune encephalomyelitis (EAE) in the rat. Based on its predicted primary amino-acid sequence, rat I-TAC/CXCL11 was synthesized and shown to induce chemotaxis of activated rat T lymphocytes in vitro and the in vivo migration of T lymphocytes when injected into the skin. I-TAC/CXCL11 expression, as determined by RT-PCR, increased in lymph node and spinal cord tissue collected from rats in which EAE had been actively induced, and in spinal cord tissue from rats in which EAE had been passively induced. The kinetics of expression were similar to that of CXCR3 and IP-10/CXCL10, although expression of both CXCR3 and IP-10/CXCL10 was more intense than that of I-TAC/CXCL11 and increased more rapidly in both lymph nodes and the spinal cord. Only minor levels of expression of the related chemokine mig/CXCL9 were observed. Immunohistochemistry revealed that the major cellular source of I-TAC/CXCL11 in the central nervous system (CNS) during EAE is likely to be the astrocyte. Together, these data indicate that I-TAC/CXCL11 is expressed in the CNS during the clinical phase of EAE. However, the observation that I-TAC/CXCL11 is expressed after receptor expression is detected suggests that it is not essential for the initial migration of CXCR3-bearing cells into the CNS.