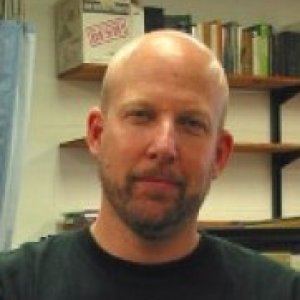 
Professor Schwenk studies the functional morphology and evolution of lizards and snakes.

In addition to studying the functional morphology and evolution of lizards and snakes, Professor Schwenk also researches the breathing and communication mechanisms of frogs and tadpoles. Schwenk uses high-speed video to fully expose hidden details within evolution and life. Feeding and chemosensory functions are of particular interest. 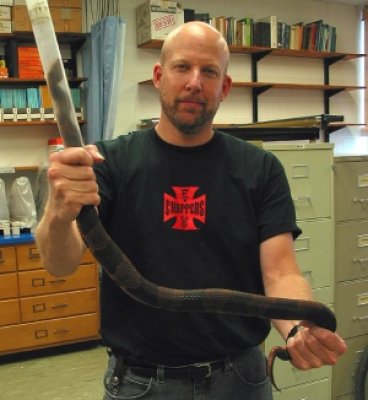 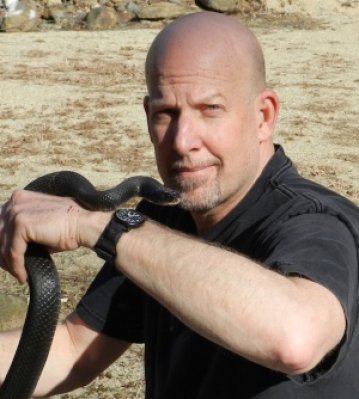 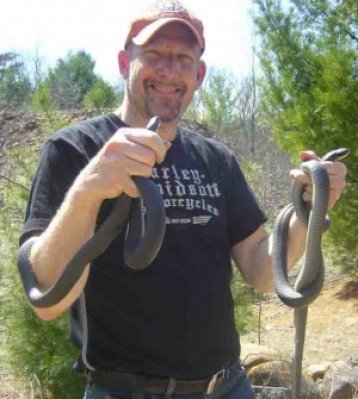 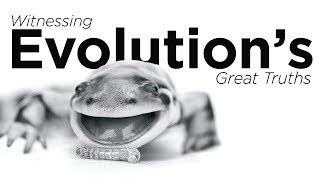 Blowing spit bubbles might seem silly or immature, but when you’re a tiny aquatic creature just trying to catch a breath, there’s a good reason for it. A few summers ago, Kurt Schwenk noticed a splashy new behavior while watching baby tree frogs shimmy around a tank. “One came to the surface and did something strange,” the University of Connecticut evolutionary biologist says. “When it swam away it left a bubble behind.” Schwenk and his graduate student Jackson Phillips had planned to feed the tadpoles to salamanders for another study, but they quickly switched course. They thought the bubble could be a clue to how young amphibians flex their developing lungs without breaching the water’s surface.

“It’s one of those things that makes me feel awe in the power of natural selection,” says Kurt Schwenk, an evolutionary biology professor at the University of Connecticut, who specializes in the feeding and chemosensory systems of lizards and snakes. “The evolution of luring is more complex than contrasting color or simple shaking — the movement is precisely adapted to duplicate prey movement frequencies, amplitudes and directions, at least in specialized cases.”

There's a Scientific Reason a Snake's "Tongue Flick" Is So Creepy

Most animals with tongues use them for tasting, to clean themselves or others, or to capture or manipulate their prey. A few, including humans, also use them to make sounds. Snakes do not use their tongues for any of these things. Over the past 20 years, Kurt Schwenk, an evolutionary biologist at the University of Connecticut, has been working on understanding the function of snake tongues, and “smelling” is the closest description of what snakes do with their tongues...

“We want to understand, down to the molecular level, how the system works,” said Kurt Schwenk, a biologist at University of Connecticut who was not involved in the new research. “This is the first study that looks at a very fine scale...”

The world's most ruthless snake has a spider-like tail. You don't want to know what it does with it.

“It’s one of those things that makes me feel awe in the power of natural selection. The evolution of luring is more complex than contrasting color or simple shaking — the movement is precisely adapted to duplicate prey movement frequencies, amplitudes and directions, at least in specialized cases," University of Connecticut's evolutionary biology professor Kurt Schwenk, says.

Sensory Evolution on the Threshold

2008 Vertebrate life became terrestrial about 370 mil-lion years ago when a lobe-ﬁnned ﬁsh evolved into the giant-salamander-like shape of a labyrinthodont amphibian. The transition is well documented in the fossil record, and important discoveries continue to ﬁll out its details. Over the eons subsequent to the water-to-land transition, vertebrates became more and more independent from water.

Sexual size dimorphism of the tongue in a North American pitviper

2008 Sexual dimorphisms – phenotypic dissimilarities between the sexes – are common and widespread among plants and animals, and classical examples include differences in body size, colour, shape, ornamentation and behaviour. In general, sexual dimorphisms are hypothesized to evolve by way of sexual selection acting on one sex through priority-of-access for sexual partners via mate choice and/or intra-sexual competition.

Phsiological and Ecological Adaption to Feeding in Vertebrates

2005 The vertebrate gut tube can be divided into “front-end” and “back-end” components according to topology, function, and research tradition. The purpose of front-end feeding systems is to acquire food to be delivered to the back-end for chemical digestion and assimilation. In accomplishing this, the feeding system faces as many as five separate mechanical tasks recognized as “feeding stages:” capture/subjugation, ingestion, transport, processing, and swallowing.