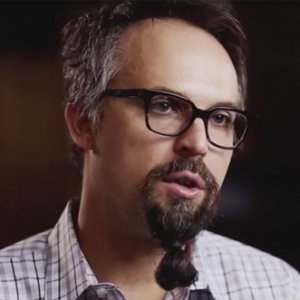 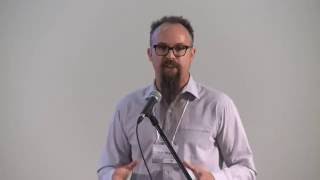 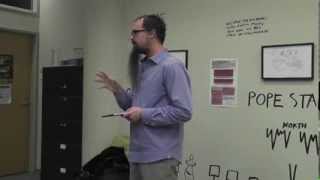 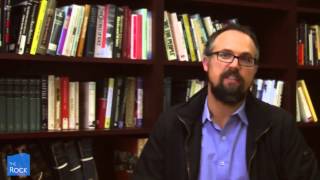 He is Potawatomi and is an enrolled member of the Citizen Potawatomi Nation. Whyte's research, teaching, training, and activism address moral and political issues concerning climate policy and Indigenous peoples and the ethics of cooperative relationships between Indigenous peoples and climate science organizations. His work has recently extended to cover issues related to Indigenous food sovereignty.

From the Detroiters Working for Environmental Justice

From the the Association of American Colleges and Universities

Kyle Whyte of Lansing is the associate professor of community sustainability, Timnick Chair in the Humanities in the College of Arts and Letters and an associate professor of philosophy at Michigan State University. Whyte holds a bachelor’s degree in business administration from Babson College, a master’s degree in philosophy from the University of Memphis and a Ph.D. in philosophy from the Stony Brook University. He will represent the tribal and academic communities...

Kyle Whyte, associate professor of philosophy and community sustainability, was recognized for "Integrating Indigenous and Western Knowledge to Transform Learning and Discovery in the Geosciences." The project aims to create new opportunities for Native American students through partnerships between tribal communities and STEM (or science, technology, engineering and math) institutions...

These days, Kyle Whyte is thinking about past and future generations. As a philosopher and member of the Citizen Potawatomi Nation, Whyte came to MSU in the hope of addressing climate change and environmental issues, specifically within communities and tribal nations...

Tribes are among the groups most affected by climate change, and they’re also some of the most knowledgeable when it comes to strategies for adaptation, said Kyle Whyte, Timnick Chair in the Humanities and associate professor of philosophy in the College of Arts and Letters...

Kyle Whyte, a leading researcher and authority in the ethical and political issues surrounding climate policy and indigenous peoples, has been named as the inaugural Timnick Chair in the Humanities in the College of Arts and Letters at Michigan State University...

Our ancestors’ dystopia now: Indigenous conservation and the anthropocene

Routledge Companion to the Environmental Humanities

2016 The proposed Anthropocene epoch is understood geologically as a time when the collective actions of humans began influencing earth systems in marked, unprecedented ways. Some claim that the Anthropocene could have started in the year 1610 with “colonialism, global trade and coal” (Lewis and Maslin 177). Scientists and environmental ethicists often characterize futures in the Anthropocene in additional ways, one of the most common being as a future involving climate destabilization that will likely threaten the very existence of certain ecosystems, plants, and animals (Kolbert; Thompson and Bendik-Keymer; Vaidyanathan; Sandler). Ever-expanding human economic activities and consumer lifestyles are major drivers of climate destabilization through their dependence on burning fossil fuels and certain kinds of land-use such as deforestation. Some conservationists argue that we will inevitably have to learn to live with these changes, make careful decisions about conservation priorities, and, in some cases, learn to let go of certain ecosystems and species (Kareiva and Marvier)...

Is it colonial déjà vu? Indigenous peoples and climate injustice

2016 Indigenous peoples are emerging as among the most audible voices in the global climate justice movement. As I will show in this chapter, climate injustice is a recent episode of a cyclical history of colonialism inflicting anthropogenic (human-caused) environmental change on Indigenous peoples (Wildcat). Indigenous peoples face climate risks largely because of how colonialism, in conjunction with capitalist economics, shapes the geographic spaces they live in and their socio-economic conditions. In the U.S. settler colonial context, which I focus on in this chapter, settler colonial laws, policies and programs are ‘both’ a significant factor in opening up Indigenous territories for carbon-intensive economic activities and, at the same time, a significant factor in why Indigenous peoples face heightened climate risks. Climate injustice, for Indigenous peoples, is less about the spectre of a new future and more like the experience of déjà vu.

Keepers of the Green World: Traditional Ecological Knowledge and Sustainability

2016 This essay is written to address conversations about the best ways to engage in knowledge exchange on important sustainability issues between Indigenous knowledges and fields of climate, environmental and sustainability sciences. In terms of sustainability, a crucial facet of the self-determination of peoples such as Indigenous nations and communities is the responsibility and the right to make plans for the future using planning processes that are inclusive, well-informed, culturally-relevant, and respectful of human interdependence with nonhumans and the environment. Indigenous knowledges often play a crucial role in Indigenous planning processes...

2013 Federally-recognized tribes must adapt to many ecological challenges arising from climate change, from the effects of glacier retreat on the habitats of culturally significant species to how sea leave rise forces human communities to relocate. The governmental and social institutions supporting tribes in adapting to climate change are often constrained by political obstructions, raising concerns about justice. Beyond typical uses of justice, which call attention to violations of formal rights or to considerations about the degree to which ...

Is there a right way to nudge? The practice and ethics of choice architecture

2011 Cass Sunstein and Richard Thaler's Nudge: Improving Decisions about Health, Wealth, and Happiness presents an influential account of why 'choice architecture'should be used to 'nudge'people into making better decisions than they would otherwise make. In this essay we:(1) explain the main concepts that Thaler and Sunstein rely upon to defend their project;(2) clarify the main conceptual problems that have arisen in discussions about nudges;(3) clarify practical difficulties that can arise during nudge practice;(4) review the ...