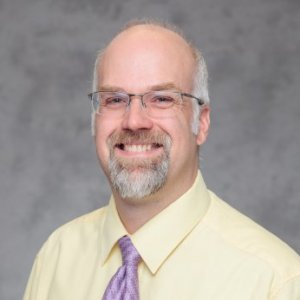 Known for his writing and research regarding popular culture and cinematic adaptation – particularly in the area of zombies – Dr. Bishop has published two monographs including “American Zombie Gothic: The Rise and Fall (and Rise) of the Walking Dead in Popular Culture,” and “How Zombies Conquered Popular Culture: The Multifarious Walking Dead in the 21st Century.” He co-edited a collection of essays on zombie literature titled, “The Written Dead: Essays on the Literary Zombie.” All three are available through McFarland & Co., Publishers. 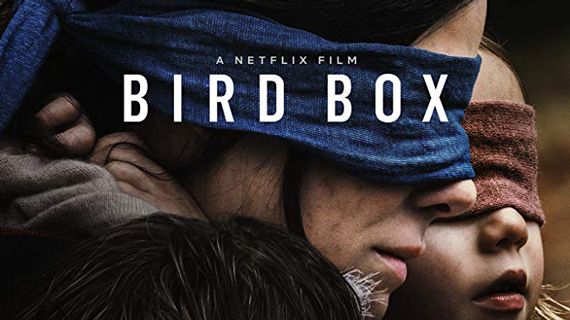 Maintaining a Healthy Relationship With Fear - Why We Love Horror Films 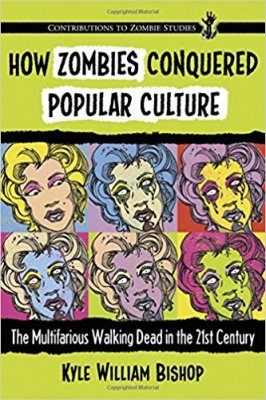 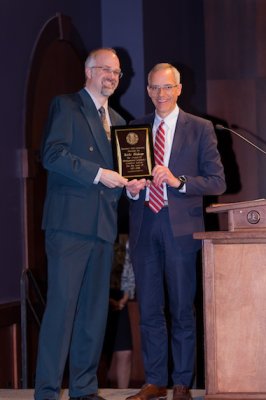 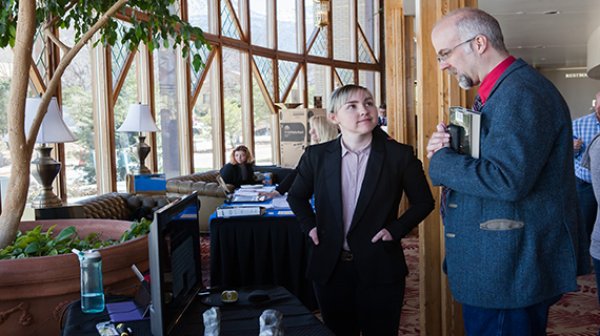 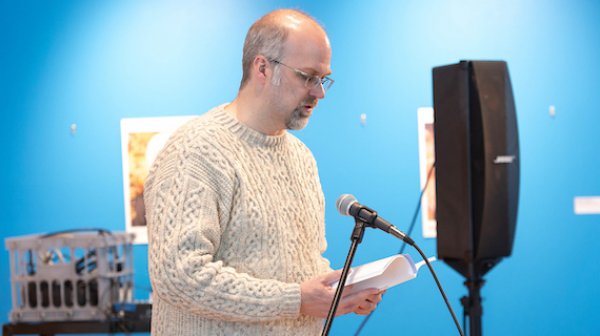 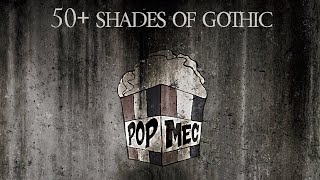 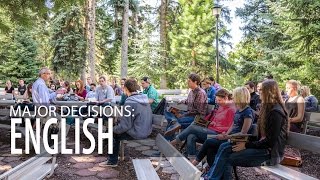 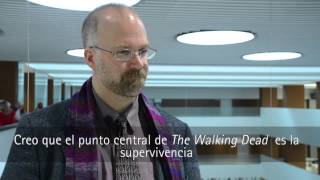 This critical examination of the 21st-century zombie phenomenon explores how and why the public imagination has been overrun by the undead horde. McFarland, 2015.

Book Published: American Zombie Gothic: The Rise and Fall (and Rise) of the Walking Dead in Popular Culture (professional)

This book provides a cultural and critical analysis of the cinematic zombie tradition, starting with its origins in Haitian folklore and tracking the development of the subgenre into the twenty-first century. McFarland, 2010.

“On some level, we have to use fiction to explore the anxieties and fears that we have,” Kyle Bishop, a professor of English at Southern Utah University, told the Deseret News. “So, in that way, fiction functions similarly to a science lab — which is, let’s put these things into motion and let’s see what happens.”

(Why) Is Rural America Scarier than Urban America? Experts Weigh in

"In the past decades, we noticed more and more horror films seem to take place in rural locations or in small towns. Since we don’t know why that might happen, we reached out in search for answers to Professor Kyle Bishop from Southern Utah University."

Have you seen Abducted in Plain Sight?? The Netflix documentary is about a young girl who was abducted -- twice -- by the same family friend in the 1970s in Pocatello. It’s been getting a lot of buzz because the story is just so crazy. If you haven’t watched it yet, you should before our conversation on Wednesday. We’ll be joined by KUER religion podcaster Lee Hale, Utah county prosecutor Lauren Hunt, and SUU film professor Kyle Bishop to talk about just what the heck was going on.

The theater argues the R-rated movie, while crude, is far from obscene. Most of the sex scenes come in a sequence that lasts less than 90 seconds, said Southern Utah University associate professor Kyle Bishop in court documents. Bishop contends the anti-hero movie is artistically important because the story questions the value society places on physical appearance and its satirical tone encourages people to think critically about the increasingly dominant superhero genre...

Southern Utah University English professor Kyle Bishop and Harvard psychiatry professor Steven Schlozman, both authors of books about zombies, read from their books and discussed the infiltration of Zombies into the media in a book reading and question and answer session in Cedar City Friday. Twenty-first Century people enjoy zombies because their characteristics have been loosely developed over the past 50 years, Kyle Bishop, author of "How Zombies Conquered Popular Culture," said. Zombies may have their roots in Haiti folklore, but Bishop said "Night of the Living Dead" in 1968 was the origin of the zombie as it is known today...

Why we're so obsessed with zombies

Associate Professor at Southern Utah University and author of American Zombie Gothic: The Rise and Fall (and Rise) of the Walking Dead in Popular Culture Dr. Kyle Bishop suggests the latter. "Because the zombie is so simple and can be whatever people want it to be, more than any monster, it represents the tabula rasa. A white space — it allows itself to be rewritten and reused," Bishop says. “There’s so much you can do with Romero’s zombie." (For non-zombie aficionados, this term refers to the traditional slow-walking, mindless sort of monster featured in George A. Romero's Dawn of the Dead.)...

Want to understand a generation? Look no further than its zombie movies

"The majority of zombie films aren't solo hero pieces," explains Kyle Bishop, an American literature professor at Southern Utah University and the author of American Zombie Gothic: The Rise and Fall (and Rise) of the Walking Dead in Popular Culture. "Even though The Walking Dead has Rick, Rick is often wrong, and he often needs help. Even with Night of the Living Dead, the hero is flawed. He makes bad choices. Traditionally speaking, the zombie narrative's whole point is that an individual *can't *survive. It has to be a group, a collective, and even then, odds are, they're gonna die."...

“It has happened before, but it is almost always in comedies,” said Kyle Bishop, a professor at Southern Utah University and author of “American Zombie Gothic: The Rise and Fall (and Rise) of the Walking Dead in Popular Culture.”...

The Threat of the Gothic Patriarchy in Alfred Hitchcock's The Birds

2011 Most scholars focus on the ambiguous meaning of the birds in Alfred Hitchcock's 1963 film The Birds, but this avian threat is little more than a MacGuffin, a catalyst used to further the film's real narrative. Rather than being a supernatural thriller, The Birds actually represents a dark exploration of the modern American Gothic: although the birds indeed prove a physical danger to Melanie's safety ...

2010 Since the terrorist attacks of September 11, 2001, zombie movies have become more popular than ever, with multiple remakes, parodies, and sequels. This renaissance of the subgenre reveals a connection between zombie cinema and post-9/11 cultural consciousness. Horror films function as barometers of society's anxieties, and zombie movies represent the inescapable realities of ...

The Idle Proletariat: Dawn of the Dead, Consumer Ideology, and the Loss of Productive Labor.

2010 George A. Romero's Dawn of the Dead (1978), the four protagonists who have been fleeing the chaos of Philadelphia by helicopter come across an abandoned shopping mall. The large structure is strangely isolated from the rest of civilization, surrounded by the buffer of an empty parking lot populated by a scattering of slowmoving zombies. Needing a place to stop, eat, and rest, the four land on the roof...

Technophobia and the Cyborg Menace: Buffy Summers as Neo-Human Avatar

Journal of the Fantastic in the Arts

2008 During the post-cold war 1990s, American paranoia shifted away from national and individual threats to fear of US governmental conspiracies and technology in general. Popular television shows like Chris Carter's The X-Files (1993-2002) recast the foreign "other" as the literally alien and emphasized the potential destructive power of both shadow-government agencies and new ...

The Sub‐Subaltern Monster: Imperialist Hegemony and the Cinematic Voodoo Zombie

The Journal of American Culture

2008 With the popular success of the first talkie horror films, Hollywood of the 1930s was anxious to find the next big-screen monster. Surprisingly, the creative efforts of filmmakers lead them not to the usual mythologies of Europe but rather to exotic Caribbean travel literature. Sensational books like William B. Seabrook's The Magic Island of 1929 had begun to draw the American public's attention ...

This course is a detailed investigation of narrative film as a literary genre, focusing not only on the critical elements of narrative in both novels and cinema, but also the theoretical and critical issues associated with adaptation.

A study of US cinema from its beginnings up to the present. Representative films will be screened for class study, including both canonical and non-canonical works.

A study of American Literature from the Civil War through World War II. Readings will include both canonical and non-canonical works.

An in-depth seminar in a special topic in cinema, film, or screen studies. Topics may include a cinematic genre, a major director, or a related theme, topic, or period.

An in-depth seminar in a special topic in literature.

Students are introduced to and explore the fundamental skill-sets required to succeed as students at Southern Utah University and in the SUU Honors Program by developing an understanding of the complete student experience at college and the interdisciplinary nature of an Honors education. The class emphasizes seminar-style discussions and teamwork, develop students’ critical thinking and problem solving skills, and explore issues related to holistic student heath and well being. This one-credit seminar course is required of all new Honors students.

Students study a specific topic or theme. Communication and general analytical skills are stressed. Students will attend selected Convocation presentations. An interdisciplinary faculty team will teach the course. The course may be repeated for credit.

Students engage in learning activities to develop the critical thinking, problem solving, and research skill-sets necessary to investigate complex interdisciplinary questions and problems thoroughly. Working closely with colleagues from different academic disciplines, students hone their abilities to inquire, analyze, and work as a team and to lay the methodological groundwork required for scholarly projects that extend beyond the confines of a single semester.

4040: Under the customized supervision of a faculty mentor, students prepare a capstone project appropriate to the problems, issues, and research methods of the student’s discipline, which will represent the culmination of their work in the Honors Program and prepare them for advanced study. They are required to provide a written document or thesis representing this capstone and present it to an appropriate audience. 4090: Students desiring to pursue a topic in more detail, conduct undergraduate research, or study a topic on a subject the University does not offer may contract with a faculty member for one-on-one guidance. A contract must be recorded in the Honors Office prior to initiating the course.