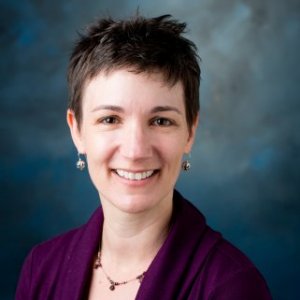 Professor Pearson teaches courses in rhetorical criticism and theory, emphasizing the analysis of public discourse, from advertising and social movements to rap music, and public spaces. Her research focuses on rhetoric, feminism and U.S. public culture. Of particular interest are politics around nationality, race, sexuality, gender and class. She is currently writing a manuscript on the history of U.S. feminism (1970 to 2000) that examines the role of bodily politics in democratic public life. Her articles on karate, feminist media, and women's athletics have been published in argumentation and rhetorical studies venues, including Communication Studies and The Quarterly Journal of Speech. She is an avid fan of disco music, and enjoys yoga, tennis, and basketball.

University of California at Davis: B.A.

Lesbian prostitute Aileen Wuornos was popularly termed “America's first female serial killer.” Between 1989 and 1990, she killed six men, later testifying they had raped or attempted to rape her. By analyzing media coverage of Wuornos’ story, I argue that Wuornos’ incommensurability with available stories of women who kill illustrates the need to expand the rhetorical resources that make female violence and victimage intelligible. After demonstrating that Wuornos’ gender transgressions were disciplined into intelligible terms by understandings of criminality as an already spatial and gendered category, I conclude by discussing the “trouble” Wuornos poses to feminist and queer cultural politics.

Histories of U.S. second wave feminism often locate the “origin” of radical feminism with a break from the New Left. This meta‐narrative of rupture has produced a “national” feminism which creates a universalizing logic that stands in for the creation of second wave feminism. The danger for feminism is that its very history becomes fixed through this logic, eclipsing those discourses from feminism's past that do not operate accordingly. This essay offers a reading of the 1970s feminist newspaper Ain't I a Woman's rhetorical practice of juxtaposition. It argues that this practice signifies a rhetorical shift from the manifesto, and when read through the figure of the 1970s female karate body, an opportunity to destabilize the “national” histories of women's liberation.