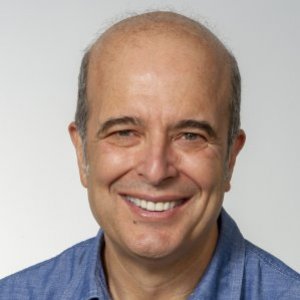 
An expert in the areas of applied macroeconomics, international economics, economic development, and environmental economics. 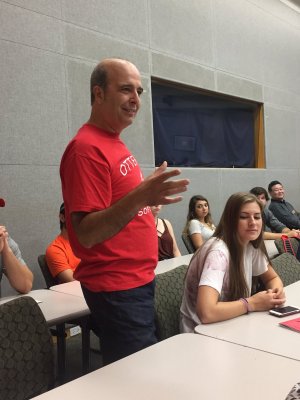 Kyriacos Aristotelous received a B.S. from Iowa State University in 1986, an M.A. from the University of Delaware in 1988, and a Ph.D. in Economics from The Ohio State University in 1993. While at Ohio State, he received the “Undergraduate Economic Society Excellence in Economic Instruction Award” and the “University Graduate Associate Teaching Award.” From 1995 to 1997 Dr. Aristotelous taught at the European University of Cyprus and served as a research fellow at its Applied Research Center. He is currently a professor of economics teaching undergraduate courses in macroeconomics, econometrics, economic development, and international economics and a graduate course in managerial economics. He received the “2014-2015 Otterbein’s Exemplary Teaching Award”. Dr. Aristotelous’ research interests lie in the areas of applied macroeconomics, international economics, economic development, and environmental economics. He is published in quality journals including Economics Letters, Applied Economics, Journal of Common Market Studies, South Eastern Europe Journal of Economics, Manchester School, International Advances in Economic Research, Journal of Business and Society, Journal of Economic Integration,and International Journal of Ecology & Development.

What is the impact of currency unions on fdi flow?: evidence from eurozone countries. South-Eastern Europe Journal of Economics

This paper investigates the effect of EMU on Greece’s exports to Eurozone countries in the context of a generalized gravity model using panel data between Greece and twenty-one developed countries from 1981 2005. The dynamic panel model is estimated using Hansen’s two-step Generalized Method of Moments estimator. The results suggest that the EMU has led to a decrease in Greek exports to Eurozone countries. That decrease is statistically different than zero. The paper also finds empirical evidence that shows that the negative EMU effect on Greece’s exports to Eurozone is most likely due to a loss in Greece’s competitiveness in Eurozone markets.

The Impact of the Exchange Rate Regime on Exports: Evidence from Bilateral Exports in the European Monetary System Journal of Economic Integration

By employing the techniques of multivariate cointegration and error-correction models, we investigate the impact of the creation of the European Monetary System (EMS) on the exports of the four largest EU countries to each other. Our findings suggest that the impact of the EMS on bilateral intra-EU exports has been mixed. The EMS boosted bilateral trade in the cases of Germany's exports to Italy and Italy's exports to the UK. The EMS had a negative effect on the volume of exports between France and Germany in both directions. The EMS had no significant impact on export volumes in the majority of bilateral trade relationships examined.