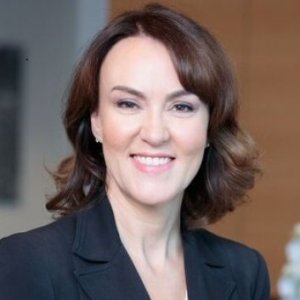 
Licensed Insolvency Trustee with experience in speaking & media on consumer bankruptcy and insolvency, and personal finance. 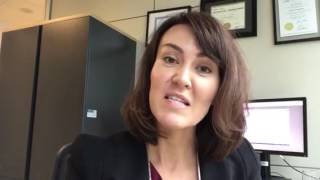 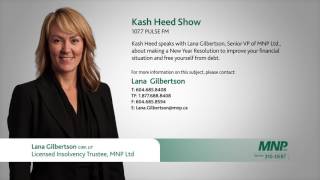 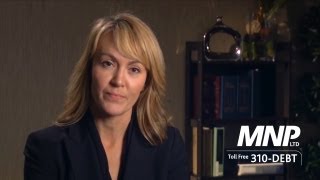 Lana Gilbertson is a Licensed Insolvency Trustee (LIT), a Registered Qualified Insolvency Counsellor (RQIC) and a Chartered Insolvency & Restructuring Professional (CIRP). Lana is a Partner and Senior Vice-President of MNP Ltd., serving clients in Greater Vancouver, British Columbia. Lana has been helping individuals and small business owners achieve freedom from debt for over 17 years through financial consultation and counselling, consumer proposals and bankruptcy. People who work with Lana appreciate her honest, no-nonsense advice and information; her creative approach to problem solving; and the responsiveness of Lana and her whole team.

More Than Half Of Canadians Are $200 Away From Insolvency: Survey

More than half of Canadians say they are just $200 away from financial insolvency at the end of each month, and nearly as many regret how much debt they’ve taken on, a new survey has found. The survey, carried out by Ipsos for insolvency consultancy MNP, highlights the fallout from the debt binge Canadian consumers have gone on. Household debt reached an all-time high above 167 per cent of disposable income in the fourth quarter of 2016. MNP places some of the blame for that on rising house prices, but data shows Canadians are taking on more credit card and car loan debt as well. Fifty-two per cent of respondents say they have no more than a $200 margin to cover their bills each month. That’s actually down from 56 per cent in MNP’s previous consumer sentiment survey, carried out last fall. One in 10 said they have less than $100 each month left over each month, while nearly one-third (31 per cent) said they don’t make enough money to cover their expenses. "There is an unquestioned attitude that living in debt is normal,” said Lana Gilbertson, a Vancouver-based insolvency trustee with MNP. “Many are in denial, believing they can manage their growing debts. Others don’t know where to go for help or are afraid to address their debts head on.” The survey found 49 per cent regret the amount of debt they have taken on over their lifetime, down one point from last fall’s survey. A lack of financial literacy skills among some Canadians may be making the problem worse, MNP says. While 48 per cent of all respondents said they were concerned about their debt burden, that rose to 61 per cent among those who aren’t confident in their understanding of finances. “Many are caught on what I call the ‘minimum payment treadmill’, paying only the interest on their debts, and they are just not getting anywhere,” Gilbertson said. “If you are using credit to pay for basic expenses, or are pulling equity out of your home to service other debts, it’s time to seek the advice of a professional.”

About quarter of B.C. respondents expressed regret over the amount of debt they’ve taken just this year alone and up to one-third said they regretted the debt they’ve built up over their lives. Faced with skyrocketing property prices and rising rents that contribute to a high cost of living, “many (consumers) feel they can’t get ahead and have no choice but to be in debt,” said Lana Gilbertson, a licensed insolvency trustee with MNP. The MNP survey, conducted by the research firm Ipsos, used an online panel of 1,500 respondents from across Canada, with a margin of error of plus or minus 2.9 percentage points 19 times out of 20. In the results, four in ten B.C. respondents said they are $200 or less per month away from not being able to pay all of their bills, though that finding is contradicted by declining rates of insolvency in the province.

Vancouverites are in too much debt, expert warns

MNP’s Lana Gilbertson recently spoke with the Kash Heed Show on Pulse 107.7 about the importance of facing our finances head on, controlling our expenses and taking the steps towards getting back on more stable financial ground.

Lana Gilbertson, Licensed Insolvency Trustee with MNP Debt, talks about the perils of debt and the danger that Canadians least able to deal with debt are taking on more than they can handle.

As household debt inches higher, Lana Gilbertson says she is seeing an increase in the number of families and individuals looking to file consumer proposals.

As the nation awaits the Bank of Canada's next announcement on interest rates, British Columbians' debt anxieties are being highlighted by a new Ipsos survey conducted on behalf of MNP Debt. Nearly forty per cent of British Columbians say they will be more concerned about their ability to pay their debts if interest rates increase.

While consumer insolvency rates are down in 2016, consumer debt levels are higher than ever before. Lana Gilbertson cautions consumers to address debt problems early, rather than waiting for a crisis.

Overspending on the Holidays: Unexpected Expenses Can Cost Canadians More Than They Think

Lana Gilbertson advises Canadians to start shopping now instead of last minute, and use cash to stay within budget.

Economic Change is on the Horizon

For many years British Columbians have benefitted from a strong residential real estate market. However, with all signs pointing to a cooling market, many British Columbian consumers will be vulnerable to economic change if they are financially unprepared.

If Vancouver can learn anything from Calgary, it's that the local economy can shift without warning. It's best to be financially prepared in the good times so you can make it through any financial crisis.