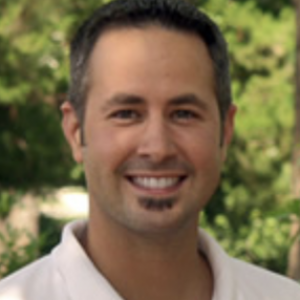 
Lance McBrayer is an expert in organismal ecology 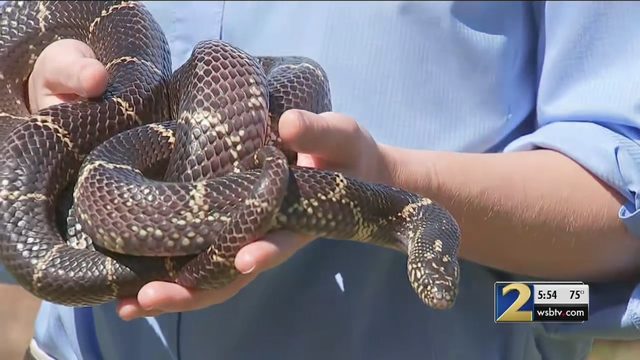 Watch your step…snake season is in full swing! Let our experts help with your questions!

My research interests lie in organismal ecology which encompasses behavior, functional morphology, and evolution. I primarily use lizards as a model system and have done studies on feeding behavior, foraging ecology, and locomotion in a variety of species. Central to my research is the study of organismal performance, or how well organisms perform ecologically important tasks like biting, jumping, or sprinting. I am also the curator of our herpetology collection (~36,000 specimens). This collection provides a rich source of natural history data for this region. If interested, feel free to contact me or visit my home page for more information.

“Faculty in the University’s Department of Biology and scientists at The Orianne Society work to understand and conserve biodiversity in our region. It makes sense that we should cooperate,” said Lance McBrayer, Ph.D., associate dean for research in the College of Science and Mathematics. “This is a tremendous opportunity for our students to work with such a productive nonprofit organization.”...

Georgia Southern University biologist Lance McBrayer and graduate student Seth Parker studied running in a handsome little reptile called Sceloporus woodi, or the Florida scrub lizard. McBrayer says there’s been a lot of research into lizard species that always run on two feet. But lizards that switch between a two- and four-legged stance while running are more mysterious. Some scientists have suggested that it’s just a product of the lizards’ long bodies and acceleration—in other words, that they’re forced up onto their back legs like an airplane near the end of its runway...

Resolving tradeoffs among crypsis, escape behavior, and microhabitat use in sexually dichromatic species

2019 Variation in color pattern between populations of cryptic animals is common and typically attributed to selection pressures from visual predators combined with variation in substrate composition. However, little is known about how cryptic color pattern relates to varied rates of predation, and few studies simultaneously analyze patterns of escape behavior and microhabitat use along with variation in color pattern, even though these traits evolve in tandem. Here, we use a combination of calibrated photographs and spectrometry to examine the influence of spatial heterogeneity in rates of predation on dorsal brightness in the Florida scrub lizard (Sceloporus woodi), a cryptic and sexually dimorphic species. Simultaneously, we analyze patterns of escape behavior and microhabitat use measured in the field. The results of this study indicate that populations inhabiting environments of increased predation have less color variation and more closely match the color of local substrate than populations sampled in environments of relaxed predation. Populations exposed to increased predation also show more pronounced escape behavior and are more selective in their use of microhabitat. Interestingly, geographic variation of dorsal brightness, escape behavior, and microhabitat use were greater for females than for males. Our results not only provide empirical evidence for theories of adaptive coloration, but suggest that sexual dichromatism can be maintained by selection pressures related to predation.

2018 Recent work indicates that bipedal posture in lizards is advantageous during obstacle negotiation. However, little is known about how bipedalism occurs beyond a lizard's acceleratory threshold. Furthermore, no study to date has examined the effects of forelimb position on the body center of mass (BCoM) in the context of bipedalism. This study quantified the frequency of bipedalism when sprinting with versus without an obstacle at 0.8 m from the start of a sprint. Forelimb positions were quantified during bipedal running at the start of a sprint and when crossing an obstacle. Two species with contrasting body forms (and thus different BCoM) were studied (Sceloporus woodi and Aspidoscelis sexlineata) to assess potential variation due to body plan and obstacle-crossing behavior. No significant difference in frequency of bipedalism was observed in S. woodi with or without an obstacle. However, A. sexlineata primarily used a bipedal posture when sprinting. Forelimb positions were variable in S. woodi and stereotyped in A. sexlineata. Caudal extension of the forelimbs helped shift the BCoM posteriorly and transition to, or maintain, a bipedal posture in A. sexlineata, but not in S. woodi. The posterior shift in BCoM, aided by more caudally placed forelimbs, helps raise the trunk from the ground, regardless of obstacle presence. The body plan, specifically the length of the trunk and tail, and forelimb position work together with acceleration to shift the BCoM posteriorly to transition to a bipedal posture. Thus, species exhibit morphological and behavioral adjustments to transition to and maintain facultative bipedalism while sprinting.

2018 Habitat management can generate variation in a cascade of organismal traits linked to the environment, particularly in small, endemic species such as the Florida scrub lizard (Sceloporus woodi). For example, reduction of arboreal perches through clear-cutting in managed Florida scrub may alter lizard behavior, and predation risk, which in turn, may alter lizard abundance. We ask whether risk aversion behavior is habitat-specific, and potentially reflects predation intensity. Four predator avoidance traits were quantified in S. woodi from longleaf pine and Florida scrub habitats. We also asked if habitat type was linked to phenotypic traits (e.g., body size, hind limb length) that might alter risk aversion behaviors. Lizards in longleaf pine had greater detection distance and flight distance and were farther from refuges, indicating higher risk aversion compared to populations in Florida scrub. Given this, males may be more sensitive to predation than females, especially during the breeding season. Males were encountered more often than females in both habitats, and detected from a greater distance in longleaf, but not Florida scrub. Population density may affect lizard behavior, yet we found no difference in population density between the habitats for stands sampled, nor any relationship of population density to risk aversion behaviors. These results demonstrate that management activities, which alter vegetation and substrate characteristics, also alter aspects of lizard behavior that subsequently may influence predation pressure among sub-populations.