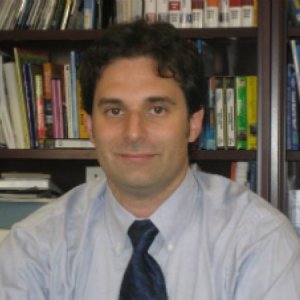 L. Arik Greenberg specializes in New Testament and Christian Origins, and is an ardent advocate of religious tolerance and interfaith dialogue. Dr. Greenberg’s first book was entitled, “My Share of God’s Reward” Exploring the Roles and Formulations of the Afterlife in Early Christian Martyrdom (Peter Lang, 2009). His research and pedagogy offer a uniquely ecumenical take on early Christianity and Second Temple Judaism, emphasizing the theological diversity within these and treating them as a model for modern religious tolerance. As an outgrowth of his interfaith pursuits, he is the founding President of the Institute for Religious Tolerance, Peace and Justice. His research interests also touch on the subject of Greco-Roman history and religions, emphasizing the Roman military and material culture of Antiquity. Dr. Greenberg's most recent publication, in the field of Roman Military Studies, is his article, "Reconstructing the Newstead Lorica Segmentata...Again," in the Journal of Roman Military Equipment Studies, vol. 14/15. He is currently working on his second book, The Exile, a family memoir that touches on issues of child abuse, compulsive hoarding, elder care, amidst a unifying discussion of theodicy. Dr. Greenberg has served the Theological Studies faculty of LMU since 2003.