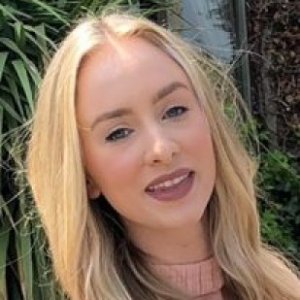 Laura Arrowsmith is interested in ethics and sustainability and how the fashion industry needs to adapt in order to develop.

Laura Arrowsmith, lecturer in Fashion Business and Promotion at Birmingham City University, said: “Each year our students do a fantastic job in raising funds for St Basils, as part of their Events Management module. “This year is no different and it’s great to see our students organising events that will capture the attention of the public.”

Birmingham City University fashion business lecturer Laura Arrowsmith believes that if retailers brush the backlash under the carpet, it may cause further implications. “If they hold their hands up and profusely apologise they may be more likely to get away with it and shake off the negativity,” she told the Retail Gazette. Earlier this year, Prada revealed details on its diversity advisory council after it was embroiled in a racism row in 2018. The accusations derived from the luxury fashion retailer’s use of monkey-like keychain figurines for its Pradamalia collection, which was criticised for being racially insensitive and blasted by the public for its blackface reference.

Laura Arrowsmith, who lectures in fashion business and promotion at Birmingham City University, notes that Lagerfeld himself introduced the use of mole, rabbit and squirrel at Chanel. It is perhaps a sign of the times that he now appears to be paying attention to consumers’ demands rather than turning away from them, in spite of his concern for hunters’ employment troubles.