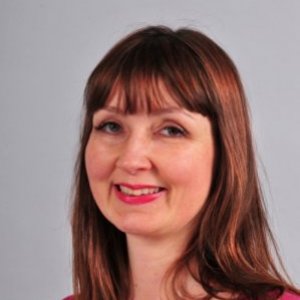 Professor of Microbiology Education and Engagement | University of East Anglia

Her interest is in antibiotic resistance and infection control – and the public understanding of science and health issues. 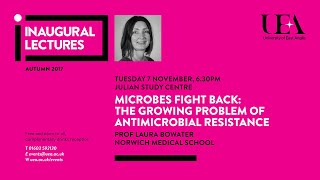 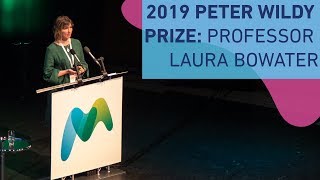 Professor Laura Bowater is Professor of Microbiology Education and Engagement in the Norwich Medical School at UEA. Her interest is in antibiotic resistance and infection control – and the public understanding of science and health issues. She has written a popular science book on antibiotic resistance called The Microbes Fight Back (published by the Royal Society of Chemistry) and a book called Science Communication on how the public needs to get used to scientific uncertainty and ever-changing advice (which related to public information and understanding during the COVID-19 outbreak).

Laura has also been working on a major citizen science project (part-funded by the Society of General Microbiology) to encourage the public to gather soil samples in forests that can then be analysed for bacteria and used in the future development of antibiotic products. She has been the Editor in Chief of Microbiology Today, Editor of the professional development section of the FEMS Microbiology Letters journal, involved with several activities of the Society of General Microbiology, and acted as the conference chair for the Antibiotic Resistance - Are we Getting the Message Right? Conference.

The other senior speaker was Professor Laura Bowater who is now academic director for innovation at the University of East Anglia. I personally know Laura well from the time she worked as a research technician at the John Innes Centre. After moving on from here, Laura’s career went from strength to strength but she highlighted how the skills she acquired are still useful in her senior role she has now. Her story is really inspiring as she has achieved so much thanks to her ‘can do’ attitude and taking every opportunity available.

It's a myth! Experiment proves that the five-second rule doesn't exist (and food actually picks up bacteria almost instantly)

Does the five-second rule actually work? How much bacteria are we picking up?

Professor Laura Bowater, from the University of East Anglia, said that while we know that moist foods are more likely to catch bacteria than dry foods, the tested samples of cake — both 5-seconds and 30-seconds — had the same amount of bacteria. “Bacteria transfers almost instantly,” Dr Bowater said.

Food dropped on the floor picks up bacteria in LESS than a second, Channel 4’s How To Stay Well finds

Microbiologist Professor Laura Bowater from the University of East Anglia analysed the results. She said: “Bacteria transfers almost instantly. Think of this analogy, if you have paint on your finger and put your finger on a table for 0.1 seconds you’d get paint on the table.

In fact, leading microbiologist Dr Laura Bowater says the risk increases twofold at this time of year when gyms see a huge surge in customers. She is strongly advising those on a New Year health kick to consider swapping the 'dirty' gym for running trails outdoors instead.

Raising awareness of antimicrobial resistance among the general public in the UK: the role of public engagement activities

2020 In response to the accepted risk of emerging antimicrobial resistance, many organizations and institutions have developed and delivered events and activities designed to raise awareness of the issue and to change the behaviour of the intended audience.

Spreading the message of antimicrobial resistance: a detailed account of a successful public engagement event

2018 The increase in Antimicrobial resistance (AMR) microorganisms has been exacerbated by exposure to antimicrobial drugs (e.g. antibiotics). A solution to AMR may require academic researchers to not only contribute to the drug discovery pipeline through laboratory research, but also to engage and inform non-specialist audiences using a variety of interventions in order to change behaviour towards our use of antibiotics.

‘Just Google It?’: Pupils’ Perceptions and Experience of Research in the Secondary Classroom

2017 While numerous studies examine perceptions of research held by university researchers, studies examining perceptions held by school pupils are rare. To address this gap and following analysis of questionnaire data (N = 2634, KS3/4/5 pupils), we conducted 11 group interviews with 100 pupils in England to investigate their experiences of research during schooling and their perceptions of how research is conceived, conducted and where its utility and significance lie.

Adapting to survive: addressing the global problem of Antimicrobial Resistance

2017 Antimicrobial resistance (AMR) is a significant, emerging threat to global public health. In this article, we describe the scale of the threat and why it is such a global concern. We also outline actions that have been identified to address this threat, which includes focusing on the education of healthcare workers and clinicians, as well as members of the public.

Microbiology survey shows authors have most to gain from peer review

2016 In the week that an international team of publishers, science communicators and other scholarly organisations launch the second international Peer Review Week; the preliminary findings from our new survey reveal that authors gain more from peer review than the people who do the actual reviews.