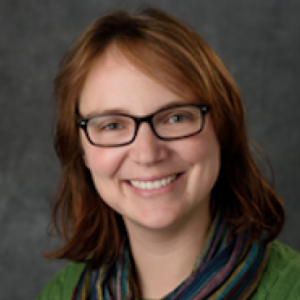 
Laura Chomiuk is an expert of novae and gamma rays. 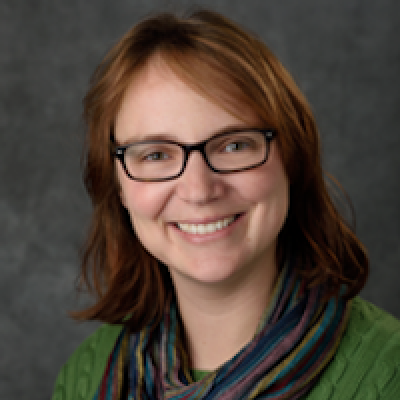 Laura Chomiuk observes supernovae and novae at all wavelengths, from radio to gamma rays. Her team combines observations and models to understand the violent shocks taking place in these explosions. She is particularly interested in how relatively low-energy, garden-variety nova explosions can produce the highest energy photons---gamma-rays.

Laura Chomiuk is also the director of the MSU Campus Observatory, and is invested in bringing authentic research experiences to MSU undergraduates and astronomy experiences to the broader Lansing community.

“These superluminous supernovae are very far away, and difficult to observe and understand in detail,” says coauthor Laura Chomiuk (Michigan State University). “On the other hand, novae explode 50 times a year in our galactic backyard.”

‘Impossible’ star explosions made by gas and solar wind pile-up

The shocks themselves were already known about, says Laura Chomiuk, who took part in the study, but “nobody thought they were very important”. The team now wants to observe more novae to see if the hypothesis holds up, says Chomiuk. This will take some time because stellar explosions don’t happen on a regular schedule. Novae, she says, are still poorly understood. “We’re still trying to understand why some of our novae are so luminous and some not,” she says.

ZEROING IN ON A SOURCE OF GAMMA RAYS

But now a team of researchers, led by Michigan State University astronomer Laura Chomiuk, has made a discovery that may shed some light on the subject.

We examine the internal properties of the most massive ultracompact dwarf galaxy (UCD), M59-UCD3, by combining adaptive-optics-assisted near-IR integral field spectroscopy from Gemini/NIFS and Hubble Space Telescope (HST) imaging. We use the multiband HST imaging to create a mass model that suggests and accounts for the presence of multiple stellar populations and structural components. We combine these mass models with kinematics measurements from Gemini/NIFS to find a best-fit stellar mass-to-light ratio (M/L) and black hole (BH) mass using Jeans anisotropic models (JAMs), axisymmetric Schwarzschild models, and triaxial Schwarzschild models. The best-fit parameters in the JAM and axisymmetric Schwarzschild models have BHs between 2.5 and 5.9 million solar masses. The triaxial Schwarzschild models point toward a similar BH mass but show a minimum χ 2 at a BH mass of ~0. Models with a BH in all three techniques provide better fits to the central V rms profiles, and thus we estimate the BH mass to be ${4.2}_{-1.7}^{+2.1}\times {10}^{6}$ M ⊙ (estimated 1σ uncertainties). We also present deep radio imaging of M59-UCD3 and two other UCDs in Virgo with dynamical BH mass measurements, and we compare these to X-ray measurements to check for consistency with the fundamental plane of BH accretion. We detect faint radio emission in M59cO but find only upper limits for M60-UCD1 and M59-UCD3 despite X-ray detections in both these sources. The BH mass and nuclear light profile of M59-UCD3 suggest that it is the tidally stripped remnant of a ~109–1010 M ⊙ galaxy.

Searches for circumstellar material around Type Ia supernovae (SNe Ia) are some of the most powerful tests of the nature of SN Ia progenitors, and radio observations provide a particularly sensitive probe of this material. Here, we report radio observations for SNe Ia and their lower-luminosity thermonuclear cousins. All observations yield non-detections, placing strong constraints on the presence of circumstellar material. We present analytical models for the temporal and spectral evolution of prompt radio emission from thermonuclear SNe as expected from interaction with either wind-stratified or uniform density media. We compare our radio constraints with measurements of Galactic symbiotic binaries to conclude that lesssim10% of thermonuclear SNe have red giant companions.

The Fermi Large Area Telescope (LAT) discovery that classical novae produce ≳100 MeV gamma-rays establishes that shocks and relativistic particle acceleration are key features of these events. These shocks are likely to be radiative due to the high densities of the nova ejecta at early times coincident with the gamma-ray emission. Thermal X-rays radiated behind the shock are absorbed by neutral gas and reprocessed into optical emission, similar to Type IIn (interacting) supernovae. Gamma-rays are produced by collisions between relativistic protons with the nova ejecta (hadronic scenario) or inverse Compton/bremsstrahlung emission from relativistic electrons (leptonic scenario), where in both scenarios the efficiency for converting relativistic particle energy into LAT gamma-rays is at most a few tens of per cent. The measured ratio of gamma-ray and optical luminosities, Lγ/Lopt, thus sets a lower limit on the fraction of the shock power used to accelerate relativistic particles, ϵnth. The measured value of Lγ/Lopt for two classical novae, V1324 Sco and V339 Del, constrains ϵnth ≳ 10−2 and ≳10−3, respectively. Leptonic models for the gamma-ray emission are disfavoured given the low electron acceleration efficiency, ϵnth ∼ 10−4–10−3, inferred from observations of Galactic cosmic rays and particle-in-cell numerical simulations. A fraction fsh ≳ 100(ϵnth/0.01)−1 and ≳10(ϵnth/0.01)−1 per cent of the optical luminosity is powered by shocks in V1324 Sco and V339 Del, respectively. Such high fractions challenge standard models that instead attribute all nova optical emission to the direct outwards transport of thermal energy released near the white dwarf surface. We predict hard ∼10–100 keV X-ray emission coincident with the LAT emission, which should be detectable by NuSTAR or ASTRO-H, even at times when softer ≲10 keV emission is absorbed by neutral gas ahead of the shocks.

Classical novae are the most common astrophysical thermonuclear explosions, occurring on the surfaces of white dwarf stars accreting gas from companions in binary star systems1. Novae typically expel about 10−4 solar masses of material at velocities exceeding 1,000 kilometres per second. However, the mechanism of mass ejection in novae is poorly understood, and could be dominated by the impulsive flash of thermonuclear energy2, prolonged optically thick winds3 or binary interaction with the nova envelope4. Classical novae are now routinely detected at gigaelectronvolt γ-ray wavelengths5, suggesting that relativistic particles are accelerated by strong shocks in the ejecta. Here we report high-resolution radio imaging of the γ-ray-emitting nova V959 Mon. We find that its ejecta were shaped by the motion of the binary system: some gas was expelled rapidly along the poles as a wind from the white dwarf, while denser material drifted out along the equatorial plane, propelled by orbital motion6,7. At the interface between the equatorial and polar regions, we observe synchrotron emission indicative of shocks and relativistic particle acceleration, thereby pinpointing the location of γ-ray production. Binary shaping of the nova ejecta and associated internal shocks are expected to be widespread among novae8, explaining why many novae are γ-ray emitters5.

The star formation rate (SFR) of the Milky Way remains poorly known, with often-quoted values ranging from 1 to 10 M ☉ yr–1. This situation persists despite the potential for the Milky Way to serve as the ultimate SFR calibrator for external galaxies. We show that various estimates for the Galactic SFR are consistent with one another once they have been normalized to the same initial mass function (IMF) and massive star models, converging to 1.9 ± 0.4 M ☉ yr–1. However, standard SFR diagnostics are vulnerable to systematics founded in the use of indirect observational tracers sensitive only to high-mass stars. We find that absolute SFRs measured using resolved low/intermediate-mass stellar populations in Galactic H II regions are systematically higher by factors of ~2-3 compared with calibrations for SFRs measured from mid-IR and radio emission. We discuss some potential explanations for this discrepancy and conclude that it could be allayed if (1) the power-law slope of the IMF for intermediate-mass (1.5 M ☉ < m < 5M ☉) stars were steeper than the Salpeter slope or (2) a correction factor was applied to the extragalactic 24 μm SFR calibrations to account for the duration of star formation in individual mid-IR-bright H II regions relative to the lifetimes of O stars. Finally, we present some approaches for testing whether a Galactic SFR of ~2 M ☉ yr–1 is consistent with what we would measure if we could view the Milky Way as external observers. Using luminous radio supernova remnants and X-ray point sources, we find that the Milky Way deviates from expectations at the 1σ-3σ level, hinting that perhaps the Galactic SFR is overestimated or extragalactic SFRs need to be revised upward.