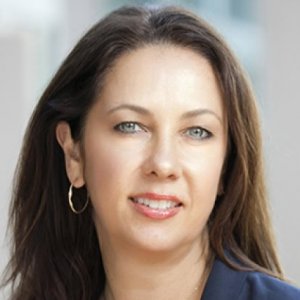 
Leading expert on gender in the workplace 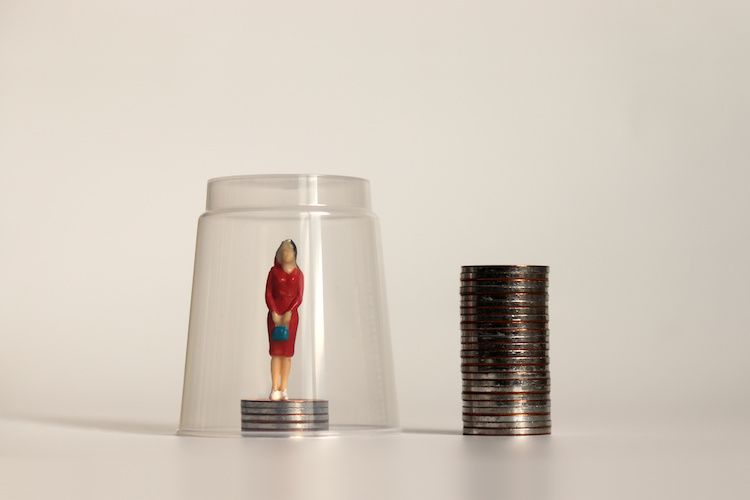 Laura Kray is a leading expert on the social psychological barriers influencing women’s career attainment. Kray is the recipient of multiple research awards from the Academy of Management, the International Association of Conflict Management, and the California Management Review. Kray is a fellow to both the Association for Psychological Science and the Society for Personality and Social Psychology. From 2017 to 2018, she was a Fellow at the Center for Advanced Study in the Behavioral Sciences at Stanford University. Some of her current research seeks to debunk popular myths about the gender pay gap and to identify solutions to gender inequality in the workplace.

In addition to research and teaching, Kray consults frequently with global organizations seeking to develop the next generation of leaders who are committed to addressing issues of diversity and inclusion. Kray founded the Women’s Executive Leadership Program of Berkeley Executive Education in 2008 and she remains the faculty director today. She is also the faculty director of the Center for Equity, Gender, and Leadership. 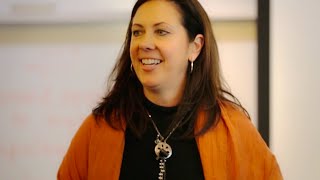 “Club 6,” Recognition for Excellence in Teaching, Haas School of Business

Office of the President’s Academic Enrichment Grant, University of California

Podcast: Grit In The Oyster – Conversation with Professor Laura Kray

Prof. Laura Kray, the Ned and Carol Spieker Chair in Leadership and the faculty director for the Center for Equity, Gender, and Leadership, described the "a-ha" moment that led her to her area of research expertise. She was teaching negotiation strategies when a student raised her hand and asked what role gender played during negotiations.

When it pays to smoke with the boss

Men who schmooze with their bosses—whether over smokes or surfing—are more likely to be promoted, new research has found. Prof. Laura Kray, The Ned and Carol Spieker Chair in Leadership, said that's not so for women, who in general have less free time to schmooze due to higher domestic demands.

Flirting is an effective negotiation strategy, according to a Berkeley professor. Really?

I ran recently across a study claiming that flirting can pay off for women in the workplace. It was published a few years ago but the author, Professor Laura Kray (who holds the Warren E. and Carol Spieker Chair in Leadership at the Haas School of Business at the University of California) is a top academic in the field of gender studies and still has the peer-reviewed paper listed on her Berkeley bio page.

Researchers are continuing to make new insights about gender inequality in the workplace. Prof. Laura Kray, Ned and Carol Spieker Chair in Leadership and Faculty Director of the Center for Equity, Gender, and Leadership, and Postdoctural Scholar Margaret Lee are studying cover letters written by MBA students in a classroom simulation. They found that people rate the cover letters written by the female MBA students as “more sensitive to the relationship” and more “carefully crafted.” “Based on all best practices in negotiations and what we’re able to discern in the cover letters, there is some indication that, if anything, women were doing a better job,” Kray said.

"Where the biggest differences are coming out between men and women is in the stocks, stocks options, and stock grants that they are getting," said Prof. Laura Kray, Warren E. and Carol Spieker Chair in Leadership.

Reducing the pay gap is not about negotiating

The gender pay gap is still alive and well in business, particularly in the tech industry. The article cites recent research by Prof. Laura Kray and Margaret Lee, a post-doctoral fellow with the Center for Equity, Gender, and Leadership (EGAL), which found that part of the pay gap may come from implicit biases that lead men to be put in charge of larger teams.

Inclusivity actually helps outcomes, and the makeup of the company is important. Panelists cited work by Prof. Laura Kray, Warren E. and Carol Spieker Chair in Leadership, that has found that if people view images or videos of women as CEOs, or underrepresented minorities in senior positions, they are statistically more likely to view those people as being capable in those roles.

Gratitude has a dark side

Work by Prof. Laura Kray, Warren E. and Carol Spieker Chair in Leadership, has found that asking people to imagine how their lives would look if a critical turning point had never happened can lead to an increased sense of meaning and appreciation for what they have.

Who lies more when selling a car with an oil leak? In this interview, Prof. Laura Kray, Warren E. and Carol Spieker Chair in Leadership, said, "We find that men tend to have lower ethical standards in negotion."

The article looks at a study by Prof. Laura Kray, Warren E. and Carol Spieker Chair in Leadership, on how flirting can pay off in negotiations. "The key is to flirt with your own natural personality in mind," she said.

Improving Workplace Culture, One Review at a Time

Some of the site’s biggest enthusiasts are those advocating for social change. Laura Kray, a social psychologist studying gender in the workplace, told me, “In terms of academic research, if your goal is to increase gender equality, it’s hard to come up with a downside of greater transparency.”

Not Just Hollywood: How To Create A Gender-Inclusive Company

Laura Kray and Laura Howland of Berkeley, with Alexandra Russell and Lauren Jackman of Stanford, have studied how men and women think about gender roles as fixed versus malleable, and how those beliefs affect their defense of the status quo.

Laura Kray, a professor of leadership at UC Berkeley’s Haas School of Business who studies the role of gender in negotiations, praised the new laws as “a way of ensuring that disadvantages at one point in time don’t have ongoing consequences into future jobs” for women.

Laura Kray is a professor of leadership at University of California, Berkeley’s Haas School of Business, and she researches the role of gender in salary negotiations. She supports AB 1209.

The Role of Counterfactual Mind-sets in Debiasing Group Decisions

Gender Stereotypes and the Gender Gap: A New Look at Female-Male Negotiations

"I won’t let you down:” Personal ethical lapses arising from women’s advocating for others

Changing the Narrative: Women as Negotiators – and Leaders

Challenge your stigma: how to reframe and revalue negative stereotypes and slurs

A Social-cognitive Approach to Understanding Gender Differences in Negotiator Ethics: The Role of Moral Identity

Power Affects Performance When the Pressure Is On: Evidence for Low-Power Threat and High-Power Lift

Who Is Willing to Sacrifice Ethical Values for Money and Social Status? Gender Differences in Reactions to Ethical Compromises

Not competent enough to know the difference? Gender stereotypes about women’s ease of being misled predict negotiator deception

Feminine Charm: An Experimental Analysis of Its Costs and Benefits in Negotiations