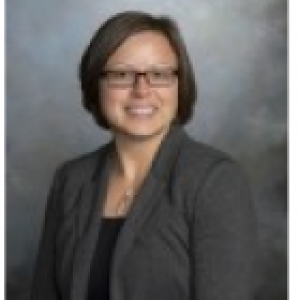 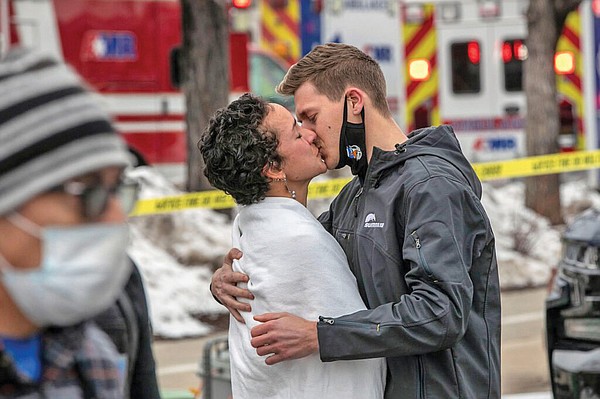 Laura C. Wilson has a PhD in clinical psychology and her expertise focuses on post-trauma functioning, particularly in survivors of sexual violence or mass trauma (e.g., terrorism, mass shootings, combat). Her research examines the sociocultural influences on and psychosocial outcomes among survivors of sexual violence, indicators of PTSD following mass trauma, long-term functioning among first responders, and the compounding impact of minority stress on particular populations (e.g., LGBTQ+ community). Dr. Wilson is also the director of the University of Mary Washington Safe Zone, an education and advocacy program at the University of Mary Washington that is geared toward fostering inclusion of the LGBTQ+ population. She has published more than 45 articles, in such peer-reviewed academic journals as Trauma, Violence, & Abuse; Journal of Traumatic Stress; Psychiatry Research; Journal of Clinical Psychology; Psychological Trauma: Theory, Research, Practice, and Policy; Aggressive Behavior; and Behaviour Research and Therapy. She co-authored the book, "A Clinician's Guide to Disclosures of Sexual Assault," which provides guidance on and recommendations for providing survivor-centered support and services to survivors of sexual assault. She was the editor of "The Wiley Handbook of the Psychology of Mass Shootings," the gold standard reference on the topic of mass shootings from a psychological perspective. She has presented her work at numerous national and international conferences and regularly includes students in her research, publications and presentations. In 2016, Dr. Wilson was named an Association for Psychological Science Rising Star that recognizes early-career researchers worldwide who are engaging in innovative work that is advancing the field. The University also honored her with the 2017 UMW Alumni Association Outstanding Young Faculty Member Award, presented annually to an exceptional member of the junior faculty.

The honor recognizes early-career researchers worldwide who are engaging in innovative work that is advancing the field.

The award is presented annually to an exceptional member of the faculty who has served the institution for at least two years but no more five.

Unacknowledged rape: the sexual assault survivors who hide their trauma – even from themselves

Dr. Laura Wilson, an associate professor of psychology at the University of Mary Washington in Virginia, says research shows that unacknowledged rape survivors are “less likely to report the crime to police, less likely to seek services – e.g. medical, mental health – and more likely to be victimized again”.

Laura C. Wilson, an associate professor of psychology at the University of Mary Washington in Virginia, said that years ago she might have thought about each mass shooting or shooting in a public place as having unique characteristics that affect survivors. But she now considers the trauma of multiple events. “When we start to see a lot of these events happening in a small community or within the country, we start to have these compounding impacts,” she said. “People now have more evidence that the world is unpredictable, more evidence that regardless of what I do I can’t keep myself safe.”

A closed door, and a prayer: Woman hid as man fired shots in Colorado

Laura C. Wilson, associate professor of psychology at the University of Mary Washington in Fredericksburg, Va., has focused on post-trauma functioning from mass trauma.

Laura Wilson, a clinical psychology professor at the University of Mary Washington in Virginia, whose research has focused in part on survivors of mass shootings, said she is concerned that the pandemic is overlooked as a complicating factor.

Survivors Grapple With Putting Trauma Aside To Vote For Joe Biden

“When the main talking points focus on the credibility of the accuser(s) rather than the actions of the accused individual, survivors feel invalidated,” Dr. Laura Wilson, associate professor of psychological science at the University of Mary Washington in Virginia, told Huff Post. The dialogue around a story like this, Wilson said, can be very triggering for survivors and bring up old trauma. “That can have far-reaching consequences for their mental health and recovery,” she added. “It can increase emotional distress by making survivors feel angry, sad or isolated. It can silence them and make them less likely to talk about what happened to them.”

Rape is Still Rape, Even When Consensual Sex Happens Later

“I certainly understand that it seems bizarre,” Dr. Laura Wilson, a clinical psychologist and associate professor at the University of Mary Washington told HuffPost by phone on Thursday. “But in actuality, when you think about how people respond to victimization it makes a lot of sense.” Wilson, whose research focuses on post-trauma functioning in sexual assault survivors, explained that most survivors don’t initially use the terms “assault” or “rape” to describe what they’ve experienced. Instead, they might conceptualize the assault as “bad sex” or “a miscommunication.”

How Female Disclosure Recipients React to Women Survivors: The Impact of Rape Acknowledgment and Rejection of Rape Myths

2020 Because female rape survivors who are listened to and believed have been found to have fewer difficulties, it is essential that researchers examine factors that influence the social reactions survivors receive. The present experiment included 397 female U.S. college-students who were randomly assigned to read a vignette that either reflected an acknowledged rape survivor (i.e., used the word “rape” to describe the incident) or described an unacknowledged rape survivor (e.g., used the word “miscommunication” to describe the incident)...

2020 Lesbian, gay, bisexual, and asexual (LGBA+) college students have higher risks of mental health difficulties than heterosexual students. Consistent with minority stress theory and the psychological mediation model, we hypothesized that these disparities would be partially accounted for by lower levels of perceived safety and belonging. Data from the Wake Forest Well Being Assessment were used to examine sexual orientation, perceptions of safety, belongingness, depression, anxiety, and happiness among 563 heterosexual participants and 221 LGBA+ participants at a small Southeastern university...

Higher rates of unacknowledged rape among men: The role of rape myth acceptance

2020 Although a few existing studies suggest that men are less likely to acknowledge rape than women, limited research has been dedicated to understanding rape acknowledgment among men. The present study examined rape myths as a potential mechanism that may account for higher rates of unacknowledged rape among male survivors. The participants included 307 rape survivors who completed an online survey of unwanted sexual experiences, rape acknowledgment, and rape myth rejection...

Attitudes Toward Men and Rejection of Rape Myths: The Impact on Survivor Rape Acknowledgment

2020 Because unacknowledged rape survivors (i.e., those who do not conceptualize their victimization as rape) are less likely to report the crime to police or seek formal services, a better understanding of factors that contribute to rape acknowledgment is a key step to improving access to care and assault reporting on college campuses. To contribute to this line of research, this study examined the indirect effect of sexist attitudes toward men on rape acknowledgment via rejection of rape myths among female rape survivors...

The Prevalence of Sexual Revictimization: A Meta-Analytic Review

2017 The literature consistently demonstrates evidence that child sexual abuse survivors are at greater risk of victimization later in life than the general population. This phenomenon is called sexual revictimization. Although this finding is robust, there is a large amount of variability in the prevalence rates of revictimization demonstrated in the literature...

Meta-analysis of the prevalence of unacknowledged rape

2015 Many sexual violence survivors do not label their experiences as rape but instead use more benign labels, such as “bad sex” or “miscommunication.” A meta-analysis was conducted to estimate the mean prevalence of unacknowledged rape and to inform our understanding of methodological factors that influence the detection of this phenomenon. Studies were identified using PsycINFO, PubMED, and PILOTS and were required to report the percentage of unacknowledged rape that had occurred since the age of 14 among female survivors...

The Prevalence of Military Sexual Trauma: A Meta-Analysis

2016 Due to methodological heterogeneity, the exact prevalence of military sexual trauma (MST) is unknown. To elucidate our understanding of the pervasiveness of this important social issue, a meta-analysis was conducted. A computerized database search in PsycINFO, PubMed, and PILOTS revealed 584 unique citations for review...