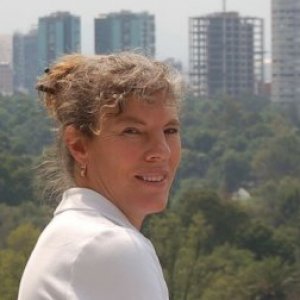 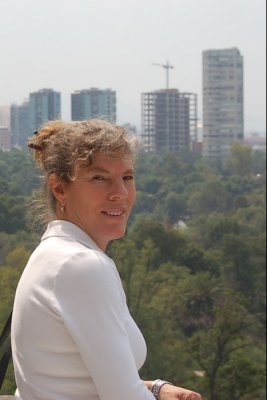 Laura A. Reese is a professor of Urban & Regional Planning at MSU, and director of the Global Urban Studies Program (GUSP). She joined the faculty at MSU in the Fall of 2005 as founding director of GUSP, a research and doctoral initiative focusing on urban affairs and public policy, globalization and urban areas, and comparative urban studies. Previously, Reese was a member of the graduate Urban Planning faculty at Wayne State University after teaching in the Master of Public Administration Program in the Department of Political Science at Eastern Michigan University. Her main research and teaching areas are urban politics and public policy, economic development, and local governance and management in both Canada and the U.S. Dr. Reese has conducted large-scale evaluations for the Economic Development Administration, U.S. Department of Commerce. Her research on sub-state economic development programs includes Tax Increment Finance Authorities and Industrial Tax Abatements. Reese has written several books and numerous articles in these areas, as well as public personnel administration focusing on implementation of sexual harassment policy.

Animals in the City

My research focuses on animal welfare policy and animal sheltering. I also do research on economic development policy and have a specific focus on the City of Detroit.

2018 To be able to design effective urban public health programs to reduce the risk of dog bites and transmission of disease, the very complex factors that lead to bites need to be considered holistically. This research focuses specifically on the role of spatial and environmental factors as urban public health risks. In doing this, it addresses the following research questions: (1) What are the relative powers of traditional demographic versus environmental variables in explaining dog bites? (2) Do different areas of the city evidence different correlates of bites? The answer to the first is that despite a long tradition in the literature, demographic variables do a relatively poor job of explaining variation in the rates of emergency room visits due to dog bites. Rather, environmental and spatial variables, particularly crime, vacancy, and blight, are better predictors of dog bites than traditional demographic variables such as age and gender. However, even the best-fitting regression model leaves dog bites in many areas of a city unexplained; bite covariates differ by neighborhood. Thus, to effectively address the risk of dog bites in urban areas, different policies are required for different neighborhood conditions.

2017 Public policy related to animal issues has not been well explored in the urban politics literature. We argue that concerns related to animal welfare are increasingly pressing in many cities yet sustained attention to them appears absent from the urban policy agenda. Using the multiple streams approach, this research examines animal welfare policy in the urban context and suggests why this policy area appears not to have gained a consistent place on the public agenda. Based on a content analysis of media reporting in the Detroit metropolitan area it appears that policy entrepreneurs were unable to access the public agenda through the policy window opened by a major focusing event because of conflicting narratives about the nature of the problem, dissension among policy entrepreneurs themselves, and a lack of debate about potential policy solutions.

Sudden Versus Slow Death of Cities: New Orleans and Detroit”

2017 This paper constitutes a follow-up to an argument made during the late fall of 2005 that posited that many of the approaches and responses to sudden natural disasters might be effectively applied to areas experiencing more chronic economic decay. Using census, budgetary, and political data, including an analysis of planning and development documents, the paper addresses the following research questions: • What were the economic and social trajectories of Detroit and New Orleans prior to their respective disasters?

2014 Interest in relationships between the local dimensions of political ideology, behavior, and culture has increased in recent years. Tolerance can be understood to have two dimensions: (1) substantive, meaning the types of diversity in a community and resident relationships within that diversity; and (2) procedural, relating to how tolerance is operationalized by researchers. This research addresses both the substantive and procedural aspects of tolerance in three communities using a nested methodology, including case studies, interviews with local officials, and citizen surveys. It concludes that cities with greater diversity are not consistently more tolerant, and much depends on the definition of tolerance employed. There is no magic or necessary connection between a diverse and tolerant citizenry. Local history colors how diversity and tolerance interact; development patterns that separate residents by race, ethnicity, or income appear to leave legacies that are difficult to overcome.

How Effective are Tax Abatements?: The Case of Michigan