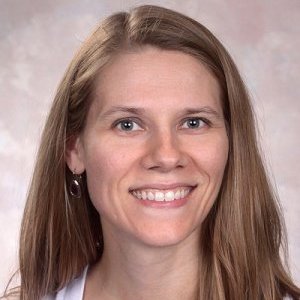 Dr. Lauren Beverung is an Assistant Professor in MSOE’s Humanities, Social Science and Communication Department where she serves as the coordinator of the Psychology Minor and teaches Psychology courses. Dr. Beverung’s classes include: Foundations in Psychology, Developmental Psychology, The Family, Death & Dying, Abnormal Psychology, and Cognitive Psychology. In addition to teaching responsibilities, Dr. Beverung coordinates the Festival of Big Ideas scholarship competition each spring term and serves on several academic committees.

As a research psychologist, Dr. Beverung’s areas of expertise include social, emotional and cognitive development of children; parent-child relationships and parenting; and grief/bereavement. She has broad interests in the effects of long-term adversity on families. Her research has focused on three areas: 1) the intergenerational transmission of parenting; 2) the impact of negative life events (i.e., bereavement, chronic illness, violent injury) on children, adults, and the family system; and 3) developmental research methodology. Currently, Dr. Beverung is collaborating with researchers from the Medical College of Wisconsin, Marquette, and UW-Milwaukee on a study assessing the impact of COVID-19 on caregiver well-being. This study is part of a large body of research being conducted through CTSI

Department of Human Development and Family Sciences, University of Texas at Austin

University of Texas at Austin

Dr. Beverung was interviewed by reporter Bill Miston of Fox6 Now Milwaukee to provide a psychological perspective on the rapidly developing COVID-19 pandemic.

Using PROMIS as a Research Tool

Health-related Quality of Life in Infants with Sickle Cell Disease

Reliability, Validity, and Feasibility of Direct Elicitation of Children’s Preferences for Health States: A Systematic Review

2016 Background. Children’s preferences for health states represent an important perspective when comparing the value of alternative health care interventions related to pediatric medicine, and are fundamental to comparative effectiveness research. However, there is debate over whether these preference data can be collected and used. Purpose. The purpose of this study was to establish psychometric properties of eliciting preferences for health states from children using direct methods. Data Sources. Ovid Medline, PsycINFO, Scopus, EconLit. Study Selection. English studies, published after 1990, were identified using Medical Subject Headings or keywords. Results were reviewed to confirm that the study was based on: 1) a sample of children, and 2) preferences for health states. Data Extraction. Standardized data collection forms were used to record the preference elicitation method used, and any reported evidence regarding the validity, reliability, or feasibility of the method. Data Synthesis. Twenty-six studies were ultimately included in the analysis. The standard gamble and time tradeoff were the most commonly reported direct preference elicitation methods. Seven studies reported validity, four reported reliability, and nine reported feasibility. Of the validity reports, construct validity was assessed most often. Reliability reports typically involved interclass correlation coefficient. For feasibility, four studies reported completion rates. Limitations. The search was limited to four databases and restricted to English studies published after 1990. Only evidence available in published studies were considered; measurement properties may have been tested in pilot or pre-studies but were not published, and are not included in this review. Conclusion. The few studies found through this systematic review demonstrate that there is little empirical evidence on which to judge the use of direct preference elicitation methods with children regarding health states.

OMEGA - Journal of Death and Dying

2015 This study’s goal was to gain a better understanding of why some women become unresolved with regard to loss and others do not. Sixty women were administered (a) the adult attachment interview to assess their childhood relationship with their parents and experience of and response to loss and (b) a grief interview that was coded for circumstances surrounding bereavement experiences: relationship to the deceased, cause of death, suddenness, developmental timing, and emotional support. Women were less likely to be unresolved if they had a secure/autonomous attachment classification. The cause of death, regardless of its inherent suddenness, did not increase the risk of being unresolved. Women were more likely to be unresolved only if they perceived their losses as sudden. No other risk factors were significantly related to being unresolved. Findings from this study have important implications for developing effective intervention programs to help adults cope with losses of important people.

Health-related Quality of Life in Infants With Sickle Cell Disease