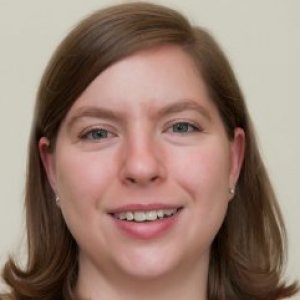 
Dr. Price’s main area of research is the biology, behavior, and evolution of South American primates, both living and extinct.

Dr. Lauren Price is assistant professor in the Biology Department at Farmingdale State College. Her PhD is in Physical Anthropology: when asked what this means she will often say that she is an anthropologist who doesn’t study humans, a paleontologist who doesn’t study dinosaurs, and an evolutionary biologist who only goes back a couple million years at most. Dr. Price’s main area of research is the biology, behavior, and evolution of South American primates, both living and extinct. Specifically, she is most interested in howler monkeys and their relatives, and has worked extensively on the Pleistocene fossil record from Brazil and the Caribbean. Much of her work is based on data she has been lucky to collect in the comparative skeletal collections at the American Museum of Natural History in New York City. Using relatively new methodology and technology in paleontological research, such as portable laser surface scanners, µCT scanners for reconstruction of internal anatomy, 3D printers, and sophisticated multivariate statistical analyses, she is interested in answering questions about both paleobiology and phylogenetic relatedness in a diverse set of taxa.

Fellowship presented by the Summer Institutes on Scientific Teaching

Presented by the School of Health Sciences at Farmingdale State College

Presented by the American Association of Physical Anthropologists

Skeletal variation is a critical consideration for research on extant primates, but due to an incomplete fossil record, a thorough understanding of this variation is often impossible for extinct species. Here, we assess variation in the Hispaniolan taxon, Antillothrix bernensis. This species is now represented by six crania, five mandibles, and dozens of postcranial elements from three paleontologically rich caves. These remains allow us to perform a detailed study of species-level variation, a rare opportunity for any fossil taxon, and a first for platyrrhines. We assess skeletal variation in Antillothrix using a 3DGM approach; average Procrustes distances among species and genera are calculated from landmark data to assess the range of variation present in extant samples. So far, the level of variation observed among the four adult fossil crania seems to correspond most closely with that of an average extant platyrrhine genus, or a relatively sexually dimorphic species. Postcranial elements examined so far are consistent with these results, exhibiting variation comparable to that within a single extant genus. Variation in tooth shape is comparable with extant species. Ongoing research aims to further describe the pattern of variation seen in Antillothrix, and explain how it fits in with that seen in other extant and exctinct taxa.

“What is a genus? Understanding craniodental diversity in Callicebus”

Recently, the number of named taxa across Primates has increased dramatically. Callicebus has been particularly affected as there are now as many as thirty-four recognized species compared to the two recognized by Hershkovitz in 1963. This increase is based on a high degree of variation in karyotype number and pelage coloration, but little work has been done on skeletal morphology. The most recent molecular phylogenetic study suggests that the commonly recognized species groups should be sorted into three genera: Cheracebus for the torquatus group from the Orinoco and upper Amazon basins, Plecturocebus for the cupreus/moloch and donacophilus groups of the central Amazon, and Callicebus for the personatus group of the Atlantic Coastal Forest. We address this issue through the quantification of craniodental diversity within Callicebus sensu lato using a 3DGM approach. In a pilot study, landmarks were collected on ~100 individuals. There is extensive overlap in shape-space between species of the cupreus and moloch groups, supporting molecular work suggesting they be collapsed. This single moloch group is distinct from the donacophilus group due to its larger orbits, wider cranium, and shorter face. The personatus and torquatus groups are distinct from one another as well, with the personatus group possessing a longer neurocranium, more klinorynch maxilla, and orbits oriented frontally as opposed to superiorly. While preliminary results suggest the magnitude of craniodental variation is not great enough to justify three genera, sample sizes are low for personatus and donacophilus and this study would benefit from data collection trips to other institutions.

The howler monkey (Primates: Alouatta) has one of the most highly derived hyolaryngeal morphologies of any living taxon. Their uniquely bulbous, pneumatized hyoid bone has been hypothesized to act as a resonating chamber for their eponymous vocalizations. With this unique anatomy, howlers can produce one of the loudest calls of any land animal: a low pitched but high volume howl that can reach 140 decibels and be heard from five kilometers away. However, the anatomical mechanisms of this phonation are not well understood, and prior research has left many questions unanswered regarding the functional morphology of the hyolaryngeal complex and the derived extra-laryngeal structures found in this taxon. The research proposed here is part of an ongoing anatomical study of Alouatta in which we use computed tomography (CT) and magnetic resonance imaging (MRI) to investigate the functional aspects of the howler monkey vocal tract in comparison with other anthropoid taxa. Our three-dimensional reassessment of the hyolaryngeal complex in multiple specimens of adult howlers and outgroup taxa identifies soft-and hard-tissue autapomorphies in howlers, provides additional clarity on locations and functions of extra-laryngeal structures, and corroborates some early hypotheses regarding function. We additionally propose a mechanism for the path of airflow through the vocal tract and extra-laryngeal air sacs which we suggest may potentially facilitate re-breathing, thereby allowing Alouatta to regulate the volume of its calls while maintaining a consistent frequency over an extended duration.

“Paleobiology of Protopithecus brasiliensis, a Plus-Size Pleistocene Platyrrhine from Brazil”

The goal of this project is to reconstruct the paleobiology of the extinct New World monkey Protopithecus brasiliensis, a little-studied fossil known from Brazilian cave sites and represented by a nearly complete skeleton. Protopithecus is linked phylogenetically with living howler monkeys (Alouatta); both share aspects of the howler's unusual cranial morphology, which is functionally related to its roaring vocalizations. A major part of this research will investigate the shape of the mandible and cranial base of howler monkeys in an effort to test the hypothesis that Protopithecus also had an enlarged hyoid bone. Measurements captured by laser scanning and 3D digitizing will be analyzed using the statistical approaches of geometric morphometrics. Another component of the project focuses on the postcranial skeleton to answer two separate but related questions: 1) Is there evidence to support a hypothesis that Protopithecus was a terrestrial quadruped? If so, it would be the only truly terrestrial New World primate, extant or extinct. 2) Did Protopithecus position its body in the same unique way that Alouatta does during howling bouts, leaving distinctive skeletal adaptations in the upper body? The intellectual merit of this project addresses a large gap in the evolutionary history of New World primates. Protopithecus is among the most complete non-hominin fossils and it can shed much light on the evolution of the larger, prehensile-tailed monkeys, which are poorly represented in the fossil record. The broader impacts of the project are several. The results will be of interest to the public since opportunities to derive evidence regarding social behaviors, in this case vocalizations, from fossilized skulls is rare and intuitively interesting. International collaborations will be advanced by working with researchers at the Brazilian museum that houses the Protopithecus fossils. This grant will also help to support a female graduate student working in the sciences.

Investigating the effect of endocranial volume on cranial shape in platyrrhines and the relevance of this relationship to interpretations of the fossil record.

Investigating the effect of endocranial volume on cranial shape in platyrrhines and the relevance of this relationship to interpretations of the fossil record.