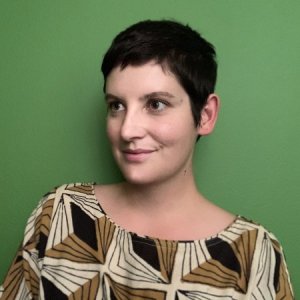 Lauren is an alumnus of LMU's School of Film and Television and received the Screenwriting Program Scholar Award in 2010. She then went on to work for Goalpost Film (UK) and in Creative Content at 20th Century Fox's Theatrical Marketing department.

She has facilitated and taught writing workshops at Santa Barbara City College, The Governor's Institute of Vermont, and Writing Pad Los Angeles. She completed her MFA in Writing at Bennington College where she was a Graduate Teaching Fellow and the recipient of the 2017 Liam Rector Prize for Poetry.

As a screenwriter and poet, Lauren's writing explores memory, the complexity of desire, her rural inheritance, religion, and Jungian psychology. It is her great honor to inspire and educate the next generation of young writers so that they may bring their own vital stories into the world.

When she's not in the writers' room, Lauren is training her deaf, mustang mare at her home in Ojai.