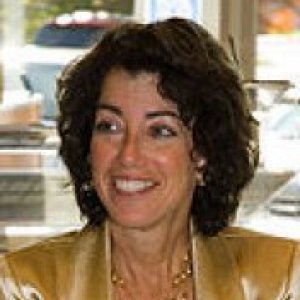 
Dr. Laurie Rozakis has published more than 100 books internationally, and is a frequent guest on news and talk shows.

Laurie Rozakis, PhD, is a writer, editor, and full professor at Farmingdale State College, where she won SUNY’s prestigious Chancellor’s Award for Excellence in Teaching. A New York Times profile described her as "an incredible researcher, an amazing writer," and an Amazon.com reviewer praised her "uplifting and empowering attitude." Dr. Rozakis has published more than 100 books, which have been translated into many languages, including Portuguese, Romanian, Arabic, and Chinese.

Dr. Rozakis is a volunteer at the Walt Whitman Birthplace and Interpretative Center in Huntington, Long Island. She conducts tours and teaches lessons on poetry and Whitman.

Dr. Rozakis is serving her seventh five-year term on the Farmingdale Library Board of Trustees.

Assemblyman Tom McKevitt selected me for this honor, based largely on my work with the Farmingdale Public Library over the past 30+ years.

Town of Oyster Bay “Woman of Distinction” in the Arts (professional)

I was delighted to win this prestigious, highly-competitive award.

New York State PTA 2005 Invited me to be part of their database for “Authors will Answer Children’s Letters.”

I am included in this influential guide to writers.

“Laurie is a master at helping people organize their thoughts, craft powerful messages, and assemble them in way that delivers the right thought and voice at the same time. She is wonderful and very smart.”

"Laurie is my go-to person when I need a great quote and memorable interview. She's well versed on an amazing assortment of topics and always makes me chuckle. Reporters and students alike benefit from working with her."

Extra! Extra! Write/Blog/Tweet All About It!”  Atlanta, Georgia

“And Don’t Forget to Assess!”

Extra! Extra! Write/Blog/Tweet All About It!”   Atlanta, Georgia

"Hey: I Can Use What I Learned in English Class!"

"Literature as Mirror and Window: Creating Connections for the 21st Century Student"

Dealing with difficult in-laws is common to many relationships. Rita Okonoboh presents the views of Susan Forward, psychotherapist and New York Times bestselling author; Elizabeth Stone, relationship expert, and Laurie E. Rozakis, author of The Complete Idiot’s Guide to Dealing with In-Laws, on ways of relating positively with in-laws.

“Each year, many Utah families face the question — long known as the “December dilemma” — of whether or how to observe Christmas when one spouse is Christian and the other is not. Some celebrate with all the usual rituals and trimmings, while others scale back. Some Jewish-Christian couples partake in Christmas and Hanukkah, and some choose only one. Other interfaith couples, of a variety of religious backgrounds, celebrate Christmas but integrate their own cultural traditions into the holiday. Laurie Rozakis, author of The Complete Idiot’s Guide to Interfaith Relationships and an English professor at Farmingdale State College in New York, said it’s an increasingly common dilemma with the rise in interfaith marriages. ‘It’s more common,” Rozakis said, “because it’s more accepted.’”

I was interviewed at length for this article. Below is an excerpt: “Test taking is like any other skill, so having your child run through sample exam questions—with a focus on what he struggles with—could result in better grades. "Practice tests familiarize students with the material and how it may be presented on the actual exam," says Laurie E. Rozakis, author of Test Taking Strategies & Skills for the Utterly Confused. Encourage your teen to make his own quizzes by changing the numbers in challenging math problems or reworking topic sentences from his textbooks into questions and then answering them.”

“The A+ Study Guide”

I was quoted at length in this carefully-prepared article.

“For an entertaining brush-up on your grammar, read Laurie Rozakis’ book Comma Sutra: Position Yourself for Success with Good Grammar."

This is the first part of a required sequence in college essay writing. Students learn to view writing as a process that involves generating ideas, formulating and developing a thesis, structuring paragraphs and essays, as well as revising and editing drafts. The focus is on the development of critical and analytical thinking. Students also learn the correct and ethical use of print and electronic sources. At least one research paper is required. With a grade of C or higher is a graduation requirement. Prerequisite(s): Successful completion of EGL 097, or an SAT/ACT essay score of 7 or higher, or on-campus placement testing. Credits: 3

A detailed study of the fundamentals of writing technical reports and other technical communications. Topics emphasized include the elements of a technical report, the interpretation of statistics and data, and the composition of letters, memos, and informal reports containing technical information. Assignments and student exercises are drawn from the student's technical area. Prerequisite(s): EGL 102 with a grade of C or higher Credits: 3