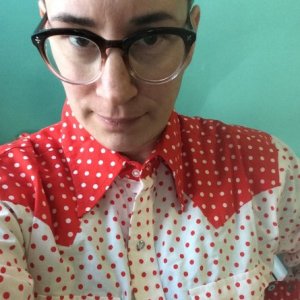 
A skilled and talented multi-disciplinary visual artist whose art has been showcased in Canada and abroad. 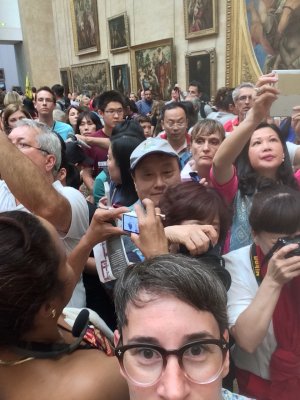 Leesa Bringas is a multi-disciplinary visual artist and has exhibited in Ontario and Detroit, Michigan. Born and raised in Windsor, Ontario, Leesa has worked, volunteered, and exhibited at a number of arts and non-profit organizations. In 2010, she relocated to Sudbury, Ontario to join her partner and in 2013, she became Open Studio | Cambrian College’s Technician/Coordinator and nurtured a number of partnerships in the Sudbury community. Leesa is active on a number of arts initiatives and committees including the Downtown Sudbury Art Crawl and recently became a board member with CARFAC Ontario. As a visual artist and arts administrator, Leesa acknowledges the need for on-going artist and arts advocacy for the local, regional, national and international communities.

Another inclusion ambassador, Leesa Bringas, explained this art project was just one element of PrideHouse Sudbury Celebrates, and is the final event in the campaign. “This will also fall in line with the Downtown Sudbury art crawl and Up Fest, and this will be on display and free for anyone to come in and view until Aug. 15,” said Bringas...

Up Fest hopes to create legacy for Sudbury

"While Up Fest is doing an all night art crawl, we thought we would like to do a daytime art crawl as we've done in the past - but make it twice as long," Leesa Bringas, who sits on the organizing committee, says. "With having both art crawls as part of Up Fest, the potential for engagement is fantastic."...

All the venues are within walking distance said Leesa Bringas, one of the participating artists. "It's just an opportunity for artists as well as the larger community to come together and see all of the awesome stuff that is happening in Sudbury, especially in the downtown," she said. Bringas spoke with CBC Radio Morning North host Markus Schwabe...

There are no curators -- each studio is responsible for organizing its own show. There may be works for sale, but it was not mandatory. Leesa Bringas, one of the crawl's organizers, says the only parameter was that the focus be on visual arts. "Sudbury has really grown to include things like conceptual work, whether it's totally accessible or something a little more surprising," she explains...

Local artists participating in the event include Sophie Leblanc, Christian Pelletier, Sarah King-Gold and Blaire Flynn, Leesa Bringas and Les DJs Masqués. "Even though I've been in Sudbury for four years I feel still new to the community and I'm still learning it, still finding my place in the city. This is an opportunity to engage more with people randomly," said visual artist Leesa Bringas, who originally hails from Windsor...