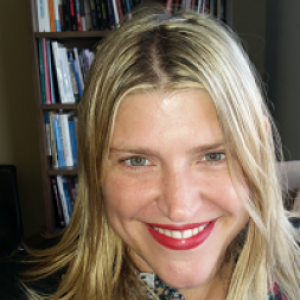 The more society understands about sexual violence, the more effective the systems that can be put into place to keep people safe, according to Leigh Harkins, PhD, Associate Professor in the Faculty of Social Science and Humanities. The same principle applies to offenders; the more researchers understand about sexual offenders, the better informed treatment protocols and rehabilitation methods can be to ensure these approaches are as effective as possible for corrections services and agencies.

Leading the investigation into the psychology of sexual violence at UOIT, Dr. Harkins' research agenda focuses on sexual aggression, offender rehabilitation and offenses committed by multiple perpetrators. She joined UOIT in January 2013, and her latest research examines whether those with deviant sexual interests process emotional information differently than those without such interests; as well as the perceptions of victim weight in sexual coercion cases. Ongoing work also investigates the factors that contribute to the proclivity of multiple perpetrators offending including peer influence, rape supportive attitudes and psychopathic traits.

Dr. Harkins collaborates with the Good Lives Model of Offender Rehabilitation program which takes a strength-based approach to rehabilitation and focuses on enhancing offenders’ well-being while also reducing their risk of further offending. Her research aims to assess the reliability and validity of a new measure which evaluates the nature of a person’s priorities in life and how these relate to offending behaviour. She also has experience working in sex offender treatment groups at the Centre for Addiction and Mental Health and within the Correctional Service of Canada.

Inspired by the complex and dynamic nature of applying theoretical aspects of psychology to each offender’s unique case, she earned an Honours Bachelor of Science in Forensic Science and Psychology from the University of Toronto (U of T). During a placement in forensic psychology, studying the rehabilitation of a group of sex offenders, she began to recognize the human side of their behaviour. She completed a Master of Arts in Counselling Psychology for Psychology Specialists from U of T’s Ontario Institute of Education Studies (OISE), and obtained her Doctorate in Forensic Psychology from the University of Birmingham in the United Kingdom, where she spent four years as a lecturer in the university’s School of Psychology, before returning to Canada.

The Journal of Sexual Aggression is a peer-reviewed academic journal that publishes articles about research findings and the development of theory, policy, and practice regarding sexual aggression in all its forms. The scope of the journal extends to the expression of sexual aggression across childhood and adulthood, with regard to abusers, victims, and survivors, irrespective of gender, culture, and sexual preference.

Dr. Leigh Harkins, Assistant Professor, Faculty of Social Science and Humanities, has co-edited a book that offers insights into the treatment of sexual offenders. Sex offender treatment: A case study approach to issues and interventions offers direct access to the practical insights and experience of experts in the field. It describes case formulations, assessment processes and treatment undertaken with specific sexual offender types.

Annual Conference of the Association for the Treatment of Sexual Abusers

Annual Conference of the Association for the Treatment of Sexual Abusers  San Diego, California

Annual Conference for the Association for the Treatment of Sexual Abusers  Montréal, Québec

Examining the Relationships Between Life Priorities and Offending

This collaborative research project examines whether those with deviant sexual interests process emotional information differently than those without such interests.

This article critically examines this theory and the factors and processes that are suggested as contributing to multiple perpetrator rape (i.e., individual, socio-cultural and situational factors including the interactions between them). Some evidence is found to support this model although further research is needed to fully test it.

The purpose of this paper is to examine the extent to which risk is addressed in the risk management planning process of those convicted of sexual offending.

The Role of Moral Disengagement in Street Gang Offending Psychology, Crime, and Law

Previous research indicates a strong association between gang membership and increased offending behaviour. Several risk factors for gang membership have been identified and incorporated into integrated and developmental theories of gang membership. Despite this, little is known about the psychological processes that underpin gang membership and enhance the rate of offending within this context. Even less is known of the differences in such psychological processes between gang offenders and those who offend in other contexts. The current study builds on previous research by exploring the role of moral disengagement as one potential process in a prison sample of 269 offenders.

The Development of a New Risk Model: The Threat Matrix Legal and Criminological Psychology

Relationships Between Denial, Risk, and Recidivism in Sexual Offenders Archives of Sexual Behaviour

The aim of this study was to examine the relationship between denial, static risk, and sexual recidivism for offenders with different types of current sexual offense. Denial was defined as failure to accept responsibility for the current offense and was assessed using the Offender Assessment System.

This study assessed the reliability and validity of the Hare Self-Report Psychopathy Scale (Hare SRP) and the short form of the measure in a UK prison sample, using the Psychopathy Checklist Revised (PCL-R) as a reference measure.

The effect of number of perpetrators involved in multiple perpetrator rapes on offense characteristics is underresearched despite beliefs that duos/dyads differ in their interactions and dynamics to groups of 3+ members. We analyzed a national sample of 336 allegations of completed and attempted rape of female victims from the United Kingdom. Rapes committed by multiple (duos and groups of 3+ perpetrators) and lone offenders were compared on offense characteristics (incorporating the approach, maintenance, and closure phases of each rape) and victim and offender sociodemographic characteristics.

This review provides an overview of current knowledge and understanding of the process of sexual grooming and exploitation of children via the Internet. Specifically, the prevalence of online sexual grooming and exploitation is explored as well as associated challenges relating to the identification of its occurrence. This is complemented by a detailed outline and discussion of the process, both online and in the physical world, and legal responses to this phenomenon. A number of factors are examined to provide an explanation of the facilitating and contributing role they may play in offense processes online. Finally, current typologies are discussed in relation to characteristics of Internet offenders in general and "groomers"/chat room offenders specifically. This review concludes by offering suggestions for future research.