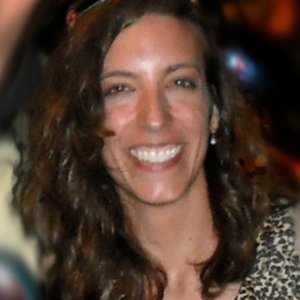 
Leigh Rich is an expert in bioethics, biotechnology, health communication, and gender and the media.

In the vein of Chekhov, Leigh E. Rich has followed two passions: medicine and literature. A professor of Health Administration, she has a Ph.D. in Health and Behavioral Sciences and an M.A. in Cultural/Medical Anthropology and teaches courses in bioethics, law and policy, and social theory. Her research focuses on bioethics, the body, health-related law and policy, visual media, and gender. A longtime “culture critic,” she is an award-winning writer and the host of the radio program Listening to Literature. She has experience as a journalist for publications in and beyond Colorado and has worked or studied in Australia, Denmark, Italy, Russia, and Switzerland.

The University of Colorado: Ph.D.

The University of Arizona: M.A.

The University of Colorado: B.A.

Nurses’ perspectives regarding the disclosure of errors to patients: A qualitative study

“Born Like This / Into This”: Tuberculosis, Justice, and Futuristic Dinosaurs

Should Health Care Providers Be Forced to Apologise After Things Go Wrong?

2014 The issue of apologising to patients harmed by adverse events has been a subject of interest and debate within medicine, politics, and the law since the early 1980s. Although apology serves several important social roles, including recognising the victims of harm, providing an opportunity for redress, and repairing relationships, compelled apologies ring hollow and ultimately undermine these goals. Apologies that stem from external authorities’ edicts rather than an offender’s own self-criticism and moral reflection are inauthentic and contribute to a “moral flabbiness” that stunts the moral development of both individual providers and the medical profession. Following a discussion of a recent case from New Zealand in which a midwife was required to apologise not only to the parents but also to the baby, it is argued that rather than requiring health care providers to apologise, authorities should instead train, foster, and support the capacity of providers to apologise voluntarily.

Feminism Ain’t Funny: Woman as “Fun-Killer,” Mother as Monster in the American Sitcom

Advances in Journalism and Communication

2013 Whether America has realized President Herbert Hoover’s 20th-century vision of a “chicken in every pot”, there is a television in nearly every home. Powerful and accessible, television programs, whether explicitly, convey values and messages to viewers and, thus, can play a role in reifying the status quo or affecting social change. Given comedy programming’s roots in radio and Vaudeville, it is no surprise that a recurrent theme in situational comedies is the “war between the sexes”. Despite a surfeit of studies examining specific programs, however, there exists no comprehensive project exploring how gender depictions have changed since television’s proliferation in post-WWII America. This time span is especially important because it is bisected by second wave feminism. Regarding gender, TV shows need not fortify traditional ideals. But how far has television come? Findings from a pilot study employing a Grounded Theory analysis of selected US sitcoms from 1952 to 2004 suggest that, regardless of the progressive nature of some programming, the most-watched sitcoms reaffirm mainstream stereotypes of women. What has changed, however, is the hierarchical relationship between the sexes. While sitcoms have modified roles of women in an effort to keep up with changing social norms, they have failed to meaningfully alter traditional masculine narratives. What has been won is a superficial role reversal: Where once television women were childlike subordinates to their male counterparts, now men are depicted as irresponsible children women must mother and discipline.

The Afterbirth of the Clinic: a Foucauldian perspective on "House M.D." and American medicine in the 21st century

Perspectives in Biology and Medicine

2008 Mirroring Michel Foucault's The Birth of the Clinic (1963), which describes the philosophical shift in medical discourse in the 19th and early 20th centuries, the Fox television series House M.D. illustrates the shift in medical discourse emerging today. While Dr. Gregory House is Foucault's modern physician made flesh-an objective scientist who has perfected the medical gaze (le regard) and communicates directly with diseases instead of patients-his staff act as postmodern foils. They provide a parable about the state of biomedicine, still steeped in modernity but forced into a postmodern, managed care world. House M.D., however, is more than a mere depiction of the modern-postmodern tension that exists in today's exam rooms. It is an indication of a transition period in American medicine. House M.D. nostalgically celebrates what once was and simultaneously questions what currently is, while what is about to be is in the midst of becoming.