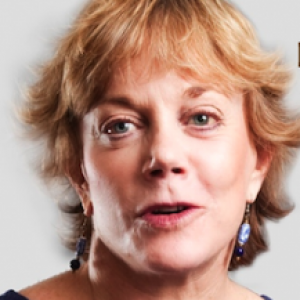 Leni Wildflower is an executive coach, consultant, author and educator 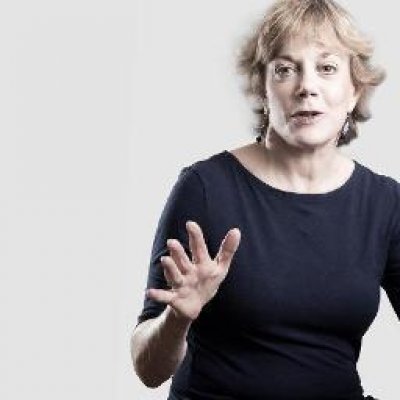 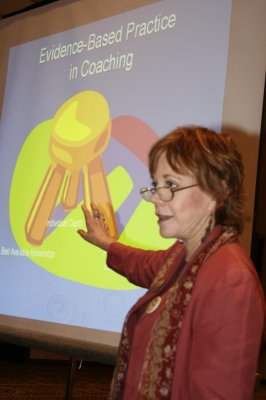 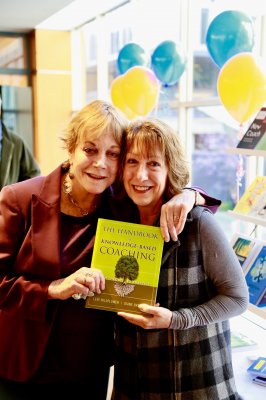 Leni Wildflower has 25 plus years' experience as an executive coach, author and educator working in the US, UK, Europe, China and Latin America. Her passion as a coach is to inspire clients to reach new levels of clarity and effectiveness. She is one of the ‘thought leaders’ worldwide on coaching as a profession, a discipline and a craft. She designed, developed and delivered the ground-breaking program of coach training, Evidence-Based Coaching at Fielding Graduate University, and directed it from 2004 to 2009. This program offers graduate credit at Masters and PhD levels, as well as certification from the International Coach Federation. Dr. Wildflower is an expert on blended learning and on-line training, as well as how to combine theory with coaching practice.

Dr. Wildflower initiates programs to develop the skills and awareness needed to become 21st century leaders, which includes enhancing employee engagement, delivering sophisticated change processes (Immunity To Change from Harvard University), and offering seminars in Making Meaning in Life, Adaptive Leadership, Women and Leadership, and the History of Coaching. She also works in conjunction with the International Coach Federation to assist individuals in designing and accrediting coach training programs.

With former ICF president Diane Brennan, Leni co-edited The Handbook of Knowledge-Based Coaching: From Theory to Practice, which was published by John Wiley and Sons in 2011 and is now used in coaching schools throughout North America. In her latest book, The Hidden History of Coaching (McGraw Hill, 2013), she outlines the theories and movements that formed the basis of coaching.

Interview with Leni WIldflower PhD: It is our responsibility to help others grow

Coachingblog.lt presents Leni Wildflower PhD who has 20 years experience as an executive coach, author and educator, working in the US, UK, Europe, China and Latin America. Her passion as a coach is to inspire clients to reach new levels of clarity and effectiveness. As an innovator and thoughtleader on coaching as a profession, a discipline and a craft, she developed the ground-breaking programme of evidence-based coach training at Fielding Graduate University in Santa Barbara, and co-edited the definitive The Handbook of Knowledge Based Coaching: From Theory to Practice. She is an expert on blended learning and online education.

The Handbook of Knowledge-Based Coaching

(2011) Psychology provides the primary theoretical underpinning to the theory and practice of coaching. The theories of humanistic psychology and Carl Rogers ( 1961 ) have formed the basis for many of the skills and assumptions used today in the coaching engagement. Coaching has also been significantly influenced by the psychological theories of Fritz Perls (Perls, Hefferline, & Goodman, 1994 ) and Gestalt therapy; Abraham Maslow ’ s work on self - actualization and peak experiences (1968) ; and Stanislav Grof (2000), Roberto Assagioli (2007), and transpersonal psychology.