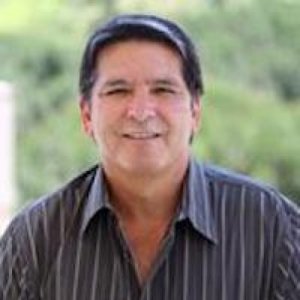 
Professor Chavez began his academic career as a Latin Americanist and has been working on transnational migration since the 1980s. 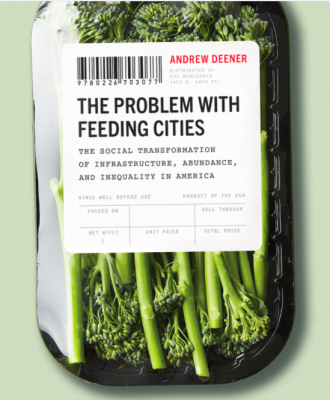 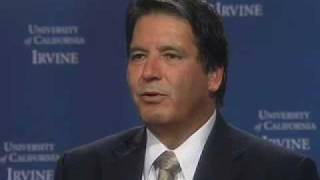 Professor Chavez received his Ph.D. from Stanford University. Although he began his academic career as a Latin Americanist, conducting research in Ecuador, he has been working on transnational migration since the1980s. He is the author of Shadowed Lives: Undocumented Immigrants in American Society (1st edition 1992; 3rd Edition, Wadsworth/Cengage Learning 2013), which examined life among undocumented immigrants in San Diego, California. His research then moved into medical care issues such as access to medical care, cultural beliefs and use of medical services, and cancer-related issues among Mexican and Salvadoran immigrant women, U.S.-born Mexican American women, and Anglo women in Orange County, California.

Chavez’s research moved into an analysis of media representations, focusing on immigration. His book, Covering Immigration: Popular Images and the Politics of the Nation (University of California Press 2001), examined magazine covers and their related articles from 1965 to the end of 1999. Although that research was located in national media, it did include a survey of students at UCI and their reactions to the media images covered in the book (Chapter 9).

Out of that work on media came The Latino Threat: Constructing Immigrants, Citizens, and the Nation (Stanford University Press, 1st edition 2008; 2nd edition 2013). This book focused on media representations of Mexicans, Mexican-origin people in the United States, and Latinos in general. Included in the book was an analysis of data collected in a random sample of Latinos and Anglos in Orange County, California, which was used to refute many of the claims in the Latino threat narrative so prevalent in political rhetoric found in the media. The Latino Threat was also recently published in Spanish by El Colegio de la Frontera Norte, in Mexico. The theme of the children of immigrants was the subject of Chavez’s most recent book Anchor Babies and the Challenge of Birthright Citizenship (Stanford University Press, 2017).

Chavez received the Margaret Mead Award in 1993, the Association of Latina and Latino Anthropologists’ Book Award for The Latino Threat in 2009, and the Society for the Anthropology of North America’s award for Distinguished Achievement in the Critical Study of North America in 2009. He was elected as Fellow of the American Association for the Advancement of Science in 2018. He received the Malinowski Award from the Society for Applied Anthropology in 2020.

2021 Awarded by the Society for Applied Anthropology

2019 Awarded by the Association of Latina and Latino Anthropologists (ALLA) award: ALLA

Elected Fellow, American Association for the Advancement of Science

Distinguished Achievement in the Critical Study of North America (professional)

2009 Awarded by the Society for the Anthropology of North America, a section of the American Anthropological Association

Book Award for The Latino Threat: Constructing Immigrants, Citizens, and the Nation (professional)

2003 “Cultural beliefs and Cancer Risk Factors: A Study of the Perceptions of Hispanic and Anglo Women and Physicians.” Department of Anthropology, Southern Methodist University (April 7)

Dissertation Title: "Commercial Weaving and the Entrepreneurial Ethic: Otavalo Indian Views of Self and the World."

Anthropology Professor Leo Chavez said it will be “extremely awkward” teaching his class online. “I like face-to-face classes. I like to get to know students.”

Leo Chavez, a UC Irvine professor who specializes on migration issues, said cases of potential fraud should be investigated and the guilty punished, but that shouldn’t lead to a move against birthright citizenship, which grants automatic U.S. citizenship.

‘Sticks and stones . . .’ but words can indeed hurt you, UCI study finds

“Negative political rhetoric adversely affected the mental health and physical well-being of the targets, causing feelings of hurt, anger and distress,” said Leo Chavez, UCI professor of anthropology and lead author of the study, published in Social Science & Medicine. “Conversely, positive rhetoric and emotional responses were associated, which can have a healthy effect.”

Leo Chavez, professor of anthropology, for distinguished contributions to the field of medical anthropology, human migration, and applied and public policy anthropology, particularly in regards to Mexican-origin populations of the United States.

Weighing in on ‘anchor babies’

2019 We examined the effect of political rhetoric on the targets of that rhetoric. Drawing from scholarship on anti-Mexican and anti-immigrant rhetoric found readily in various media and scholarship on emotions, we tested four hypotheses. Hypotheses 1 and 2 predicted that positive and negative political rhetoric would increase and decrease positive and negative emotions, respectively.

Immigration, Latinas/os, and the media

2018 This chapter examines public discourse and media representations of immigration, especially from Mexico and Latin America, and Latinas/os in the United States, and what author have called the "Latino Threat" narrative. Public discourse on immigration has increasingly become less affirmative, or positive, and more alarmist.

Immigration and the Law: Race, Citizenship, and Social Control

Tucson: The University of Arizona Press

2018 In the era of globalization, shifting political landscapes, and transnational criminal organizations, discourse around immigration is reaching unprecedented levels. Immigration and the Law is a timely and significant volume of essays that addresses the social, political, and economic contexts of migration in the United States.

"Awakening to a Nightmare" Abjectivity and Illegality in the Lives of Undocumented 1.5-Generation Latino Immigrants in the United States

2012 Does the undocumented status of 1.5-generation Latinos (those who migrated at a young age) in the United States affect their political, civic, and public selves? Our approach to this question begins with a theoretical framework based on the concept of abjectivity, which draws together abject status and subjectivity.

Undocumented Immigrants and Their Use of Medical Services in Orange County, California

2012 Does an undocumented immigration status predict the use of medical services? To explore this question, this paper examines medical care utilization of undocumented Latino immigrants compared to Latino legal immigrants and citizens, and non-Latino whites in Orange County, California.