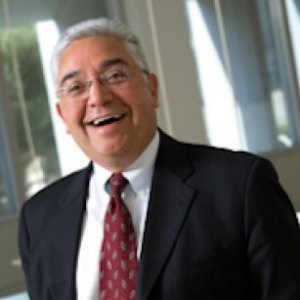 Leo Martinez is Albert Abramson Professor of law and a proud member of the UC Hastings Class of 1978. Following his graduation from UC Hastings, Professor Martinez met his military commitment as a member of the U.S. Army JAG Corps, he served as an Assistant U.S. Attorney, and built a private practice focused on tax issues with the San Francisco law firm of Howard Rice, et al. He joined the UC Hastings faculty in 1985 and served as UC Hastings’ Academic Dean for 12 years.

Professor Martinez has been back in the classroom since 2006 interrupted in the 2009 to 2010 academic year when he served as UC Hastings’ Acting Chancellor and Dean. His teaching has included some combination of contracts, federal tax, tax policy, tax procedure, and insurance law. He is a co-author of the West casebook on insurance law and an editor of the four-volume treatise New Appleman Insurance Law and Practice Guide (Leo P. Martinez, Marc S. Mayerson & Douglas R. Richmond eds. LexisNexis 2013). He is a member of the American Law Institute and he is the President of the Association of American Law Schools (AALS). He has conducted more than 20 separate site accreditation visits at American law schools on behalf of the American Bar Association Section on Legal Education and the AALS.

Outside of academia, Professor Martinez has been active in public service. He has chaired the boards of four different nonprofit organizations including KQED, Inc. (now Northern California Public Broadcasting); Public Advocates, a San Francisco-based public interest law firm; the St. Francis Hospital Foundation; and Public Radio Capital, a nonprofit organization dedicated to broadening the reach of public broadcasting. He is also a member of the board of CollegeTrack, a Bay Area-based organization which provides mentoring for high school students living in low income areas and he is a member of the Chancellor's Club Advisory Board for the University of Kansas. 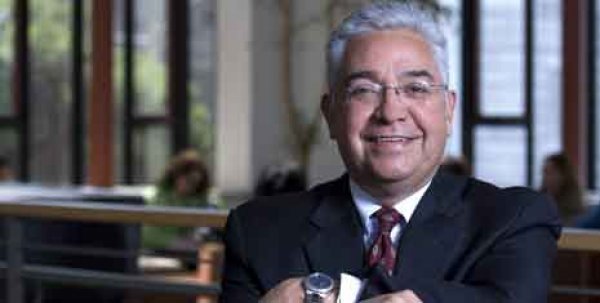 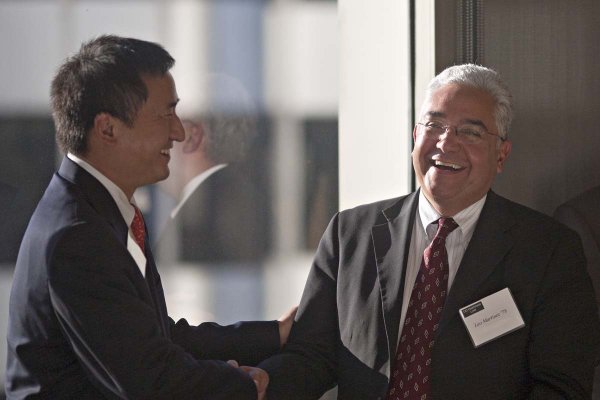 University of California, Hastings College of the Law: J.D., Law 1978

"Like many enterprises in this economy, all of us are trying to manage expenses to our revenue," Leo Martinez, a Hastings professor, told the Journal. "At my own school, we are doing it by not replacing faculty who retire, or replacing perhaps one of every two who retire." No matter what changes law schools go through in the immediate future, prospective students should continue to research their options and apply to the institutions they believe are right for them...

Couple's gold discovery will be taxed at top federal rate

The couple, who have not been publicly identified, found the coins in cans buried in their backyard in February 2013. That means they will owe tax on the estimated value of the coins by April 15 to avoid a penalty and interest, says Leo Martinez, a law professor at UC Hastings College of the Law. Most of the money will be subject to the top federal tax rate of 39.6 percent, which starts at $450,000 in joint taxable income...

Tax collector is coming for 'greatest buried treasure ever unearthed'

That means the couple, who found the gold-coin treasure on their own property, may owe tax on the estimated value of the coins by this April 15, Pender quoted Leo Martinez, law professor at UC Hastings College of the Law, as saying in her article. The couple apparently found the coins in February of 2013...

Not every school is having a hard time. “The employment market differs hugely among law schools,” said Leo Martinez, the group’s current president and a professor at the University of California’s Hastings College of the Law. For example, he said, law schools like those at the University of North Dakota and the University of Kentucky, which supply lawyers to smaller towns and firms in their regions, have been doing quite well placing graduates...

Structural Impediments to Tax Reform: The Environment as Case Study

While the goal of any system of taxation is to be fair, however elusive the concept of fairness, there are two kinds of obstacles that impede or affect our ability to be fair. I categorize these two kinds of obstacles as those that resound in politics and those that are structural. This article deals with the structural aspects of how we go about taxing ourselves. The politics of taxation I leave for another day. Because the United States Internal Revenue Code (the Code) is vast and complicated, I examine the structural problems of taxation in the single context of the Code — the environment — as the vehicle to evaluate the prospects for reform. This focus on a single area is undertaken with two underlying observations. First, the Code is necessarily complex. A focus on a single area is manageable and serves as a useful case study. Second, the problems we all face from a degraded environment allow for the possibility that attention will be paid. The paper will move from the general to the specific, first highlighting the strengths and the weaknesses of the Code, and second, highlighting structural problems that affect tax policy. The aim will be to guide legislators and policymakers toward a sane tax policy...

"To Lay and Collect Taxes": The Constitutional Case for Progressive Taxation

This article lays out the constitutional underpinnings of progressive taxation and demonstrates the breadth of government's power to tax. It takes the position that limits on the taxing power must yield to pragmatism and that the Supreme Court, for sound policy reasons, has consistently vindicated an expansive view of the taxing power, a view which easily encompasses vertical equity and, hence, the power to tax progressively. The article responds in part to Calvin Massey's revival of Richard Epstein's suggestion that progressive taxation might violate the Fifth Amendment's Takings clause.

The Summons Power and the Limits of Theory: A Reply to Professor Hyman

There is more than meets the eye with the decades old debate about the worth of law reviews - or less. From Fred Rodells polemic to the present, there has been a consistent clamor for the abolition of the hated law reviews and their imperious stewards, the despised law review editors. Even a friend and faculty colleague, who is a former editor-in-chief of the California Law Review (but who will remain unnamed), states in no uncertain terms that law reviews are "boring and mostly a waste"...

The crime of tax evasion and the virtue of tax avoidance have always been viewed schizophrenically. On one hand we recognize the need for taxes and governments' dependence on revenue, while on the other we reflexively attempt to minimize our tax liability. Not surprisingly, the courts manifest and affirm out disparate efforts to taxation...