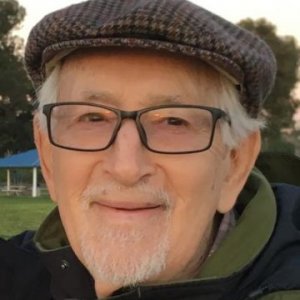 Born in the Bronx, Leon spent most of his adult life in Los Angeles except for a 27-year interlude in Metro Detroit, Michigan. He served in the Army Air Corps during World War II, ran a business with his father in Los Angeles, and later became a high school teacher and community college instructor while earning his doctorate in education at USC. He served on the faculty at USC, Loyola Marymount (where he was also Dean of Summer and Continuing Education), and at Madonna University in Michigan, retiring at age 87. While in Michigan, he was active in Workmen’s Circle/Arbeter Ring.