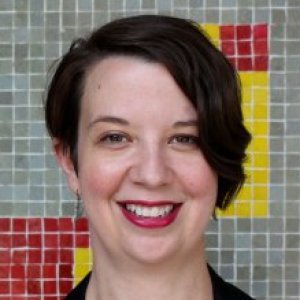 
Expert in urban social issues, including gentrification, gender, and inequalities.

Leslie Kern received her PhD in Women’s Studies from York University in 2008 for her work on gender and condominium development in Toronto. My research focuses on gentrification in North American cities, exploring issues such as embodiment, gendered labour conditions, and environmental and human health using feminist urban theory. Other research interests include feminist methodologies, especially collective biography and online research methods. Currently Assistant Professor in the Department of Geography & Environment at Mount Allison University in New Brunswick, Canada, I teach courses on urban social geography, gender and the city, and gender, race, and environmental justice. I am also the Director of the Women’s and Gender Studies Program at Mount Allison. I was a founding organizer of the Feminist Geography Conference at University of Nebraska Omaha in 2014. In fall of 2015 I was a Fulbright Visiting Research Chair in the Department of Geography & Anthropology at Kennesaw State University in Georgia.

Held a Visiting Research Chair at KSU fall 2015, funded by a Canada Scholar Award from the Fulbright Canada Foundation.

Received CMHC's HSAA for my doctoral research on gender and condominium development.

How yoga studios can impact the cultural landscape of a city

How do yoga studios change the cultural landscape of a city? Are these changes positive or are long-time residents being kept away from the table? Those questions have drawn the attention of Dr. Leslie Kern, assistant professor in the Department of Geography and Environment at Mount Allison University in New Brunswick, Canada. Last year, she published a paper in Science Direct exploring this very topic, entitled “Connecting embodiment, emotion and gentrification: An exploration through the practice of yoga in Toronto.”

Feminist pathways through the planetary urban

In early 2012 Midwest Generation announced that two of its notorious coal-fired power plants within Chicago’s city limits would be permanently retired ahead of the city-imposed deadline to either shut down or perform environmental upgrades. Their closure in August 2012 was hailed as a major victory for environmental justice organizing in the two Latino neighbourhoods – Pilsen and Little Village - that had been home to these plants. The shutdown was, however, only the beginning of the long-term struggle for environmental, social, and economic sustainability in these low-income minority communities. As the city’s focus shifts from closing the plants to the economic development opportunities offered by these now-vacant industrial sites, Pilsen and Little Village face a second set of challenges: redevelopment of brownfield sites has rarely been shown to provide tangible benefits to existing communities. Furthermore, clean up and closure of industries can spark gentrification and displacement. As previously undesirable neighbourhoods are deemed ‘healthy,’ they may become much more attractive to middle class homebuyers and capital investment. Labelled ‘environmental gentrification’ by researchers, this process can drive up real estate prices and lead to the displacement of working-class and minority residents. While Pilsen is already gentrifying due to city-led redevelopment policies around the expansion of the University of Illinois Chicago campus, Little Village has not yet faced this kind of pressure. Currently, the power plant sites are still awaiting redevelopment. So what does this environmental justice victory mean for Little Village?

Bodies out of place: Gentrification discourse in Toronto

Gentrification – the movement of middle- and upper-class residents into working-class urban neighbourhoods - has been established as a globalized urban process (Lees, Slater and Wyly 2008). Critics and activists argue that gentrification not only displaces poor, working class, and minority residents from the urban core, but that it also contributes to rising social and economic polarization in cities (Atkinson 2006). Given the increasing levels of income inequality in Canadian cities and the highly vocal demands for fair distribution of resources emerging from new social movements, scholars must pay attention to processes of gentrification, and the inequalities to which it contributes. Gentrification is reproduced, in part, through discourse that normalizes the process and constructs an exclusive image of the desired urban citizen (Banks 2009), often through language that references bodies and embodied practices. This project will investigate the changing ways in which different bodies, and the relationships among bodies, are represented within and produced through evolving sets of discourse about gentrification in Toronto. Exploring how the consumption, labour, and leisure practices of the desired urban citizen are juxtaposed to those of poor and minority residents vulnerable to displacement will allow us to address the ways in which representations of gentrification mediate or shape the production of troubling urban processes such as displacement, economic insecurity, and conflict. Gentrification and embodiment theory have rarely been connected in the scholarly literature; as such, this project will make a contribution to an emerging body of work. The objectives of this developmental project are to experiment with a new theoretical approach to understanding the production of gentrification, that approach being feminist materialism and embodiment theory, and to develop a detailed case study of changing representations and experiences of gentrification in a particular Toronto neighbourhood, the Junction.

Rhythms of gentrification: Eventfulness and slow violence in a happening neighbourhood

Gentrification involves the transformation of neighbourhood social spaces in ways that re-make place in line with the needs and desires of new residents and capital investors. While spatial transformations have been well documented in the gentrification literature, temporality has rarely been foregrounded, even though social space is also altered by privileging new rhythms and tempos of everyday life. Using a case study of Toronto’s gentrifying Junction neighbourhood, this article explores the re-structuring of everyday neighbourhood rhythms around consumption-oriented and place-making events that draw on a collage of ideas about the timespace of ‘authentic’ urban street life. I argue that the reorganization of neighbourhood social life through the creation and privileging of specific temporal landscapes functions as a means of excluding, marginalizing, or rendering invisible certain community members and their needs. The inability of some to participate in the new temporalities of the neighbourhood becomes a barrier to recognition and representation, one that both hides and enables the ongoing ‘slow violence’ of gentrification.

From toxic wreck to crunchy chic: Environmental gentrification through the body

This paper takes up the challenge of extending and enhancing the literature on environmental gentrification by considering bodies and embodied practices as significant dimensions of this process. In considering the question of how a polluted past can be mobilized as an asset for neighbourhood re-branding and gentrification, this research suggests that the conflation of both pollution and ‘health’ with different kinds of urban bodies and practices is an important strategy for solidifying a clean and green neighbourhood future. I argue that some bodies are constituted as ‘dirty’ by the symbolic and substantive displacement of environmental pollution onto those bodies, in ways that allow the neighbourhood to redefine itself as clean (whether it is environmentally clean or not) once those bodies are displaced, contained, or made invisible. This perspective requires us to consider the radically co-constitutive character of representations and materiality, bodies and cities, nature and social relations. Based on a case study of Toronto’s Junction neighbourhood, this paper maintains that bringing bodies to the foreground attends to the power of embodiment in producing and reproducing urban change, and critically, urban inequalities.