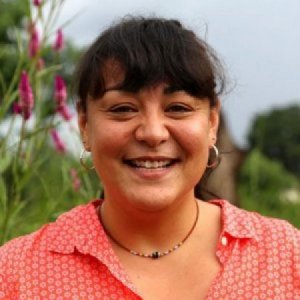 Dr. Lina Moses is an epidemiologist and disease ecologist. Her primary interest is the control of viral zoonoses transmitted from small mammals. Moses utilizes methods from epidemiology and ecology to understand the interface of human, animal and pathogen. In addition to observational and quasi-experimental field studies, she is interested implementing human and animal surveillance for zoonoses at the community level. The ultimate goal of her research is to develop interventions to respond quickly to and reduce primary animal-to-human transmission of pathogens. Dr. Moses teaches TRMD 6420 Tropical Virology.

Why is Nigeria Experiencing a Record-High Outbreak of Lassa Fever?

When you don’t have the ability to detect the disease, you’re not going to find it,” says Lina Moses, from Tulane University.

No One's Quite Sure Why Lassa Fever Is On The Rise

"If you compare this to the Ebola epidemic from 2014-2016, that likely came from one animal to spill over into the human population," Moses says. "So in terms of control [Lassa fever] is much more challenging."

On the Front Lines of Ebola’s Most Pressing Mystery

Epidemiologist Lina Moses runs the meeting. Her colleagues back at Tulane University, she says, hope to analyze blood samples from survivors; she collected 29 such samples here in November. “What they want to know in the laboratory,” she says, “is what kind of antibodies Mohammed Yillah has that helped him to survive Ebola.”

2019 Recent outbreaks of animal-borne emerging infectious diseases have likely been precipitated by a complex interplay of changing ecological, epidemiological and socio-economic factors. Here, we develop modelling methods that capture elements of each of these factors, to predict the risk of Ebola virus disease (EVD) across time and space.

2019 We note the reemergence of human monkeypox in Sierra Leone following a 44-year absence of reported disease. The persons affected were an 11-month-old boy and, several years later, a 35-year-old man. The reappearance of monkeypox in this country suggests a need for renewed vigilance and awareness of the disease and its manifestations.

2019 The 2014–16 west African Ebola outbreak resulted in 28 652 cases and more than 11 000 deaths. Survivors were faced with persistent health sequelae, stigma, and loss of livelihood. Additionally, the outbreak shattered an already weak health-care system in Sierra Leone. Ebola Survivor Corps (ESC), was founded in 2015 to address Ebola survivor concerns and strengthen the capacity of the health sector in Sierra Leone.