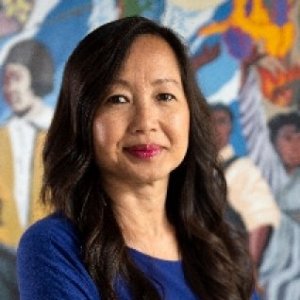 
Dr. Linda Trinh Vo is a Professor and former Chair of the Department of Asian American Studies at the University of California, Irvine. 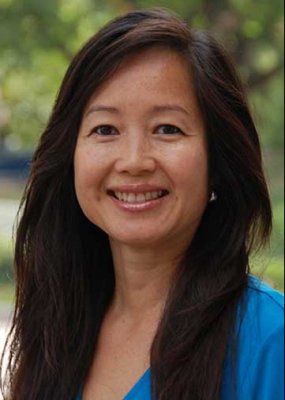 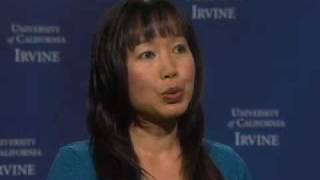 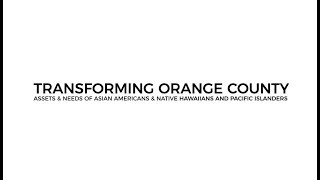 Dr. Linda Trinh Vo is a Professor and former Chair of the Department of Asian American Studies at the University of California, Irvine. She received her Ph.D. in Sociology from the University of California, San Diego and was a faculty member in the Sociology Department at Oberlin College and the Comparative Cultures Department at Washington State University. She received a UC Berkeley Chancellor's Postdoctoral Fellowship (1994-1996) and was a UC Irvine Chancellor's Fellow (2006-2009). She was an Equity Advisor for the School of Humanities, working as a Faculty Assistant to the Dean to improve gender and ethnic diversity in the professoriate, focusing on equal opportunity and equity practices in hiring, mentoring, and retention. Dr. Vo is the author of a book, Mobilizing an Asian American Community (Temple University Press, 2004), about how and why Asian Americans strategically organized for social, cultural, political, and economic purposes. She is the co-editor of three books: Contemporary Asian American Communities: Intersection and Divergences (2002); Asian American Women: The “Frontiers” Reader (2004); and Labor Versus Empire: Race, Gender, and Migration (2004). Her recent publications include a co-edited book, Keywords for Asian American Studies (New York University Press, 2015), and a co-authored book, Vietnamese in Orange County (Images of America series by Arcadia Publishing, 2015). She also edited a special issue on “Vietnamese Americans: Diaspora and Dimensions” for Amerasia Journal and co-edited a special issue on “Mapping Comparative Studies of Racialization in the U.S.” for Ethnicities Journal and a special issue on "Asian American Women" for Frontiers: A Journal of Women Studies. She was a Series Co-Editor (2005-2016) and is now a Series Editor Emeritus for the Asian American Culture and History series published by Temple University Press, which includes over seventy books.

It’s Lunar New Year. Get Ready for Some Fruit.

Linda Trinh Vo, a professor of Asian American research on the College of California, Irvine, stated that fruit was “a language of affection” throughout Lunar New 12 months and that it may very well be given in some ways. Some households develop their very own tangerines or kumquats to present away, whereas others give roots or seeds from fruit vegetation of their yards. Fruit may also be bought in neatly packed reward containers at grocery shops.

Elderly Asian immigrants who are assaulted are often reluctant to speak out, said Linda Vo, a professor of Asian American studies at UC Irvine. Many are wary of the police, uncomfortable about communicating in English or ashamed about being victims, she said.

"They were different, but they were merged together" in the US, said Linda Trinh Vo, a professor of Asian American studies at the University of California at Irvine. The phenomenon worked "to prevent them from being integrated into this country".

Interactive: How diverse is the California Legislature?

“She has served extensively and she also set records,” said Linda Vo, a professor in the Asian American Studies department at UC Irvine. “So that gave her a lot of prominence locally and also in the Vietnamese American political world.”

The fundamental duties of a university professor are to teach and conduct research, but Linda Trinh Vo, UCI professor of Asian American studies, believes a third component is just as important: to give back to the community.

Traditionally, various ethnic groups have voted for people whose names sound like theirs. But that may be changing, said UC Irvine Professor Linda Trinh Vo, who specializes in Asian American studies.

“There’s potential for swing voters,” said Linda Trinh Vo, a professor of Asian-American studies at the University of California, Irvine. “Vietnamese Americans can make an incredible difference in close elections, and we’re seeing that in Orange County.”

2010 Beyond the symbolism of President Barack Hussein Obama’s election is the unseen ways in which it is transforming the racial discourse in this country; however, whether it means a substantial transformation of structural inequities is more elusive. Does Obama’s election mean that the United States has moved beyond its historical legacy of slavery and institutionalized segregation? Are racial groups interchangeable in this colorblind universalism, so that one group can be merely substituted for another?