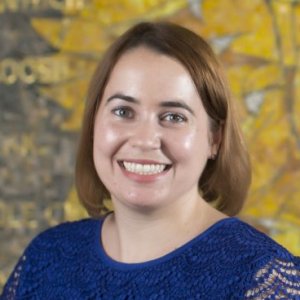 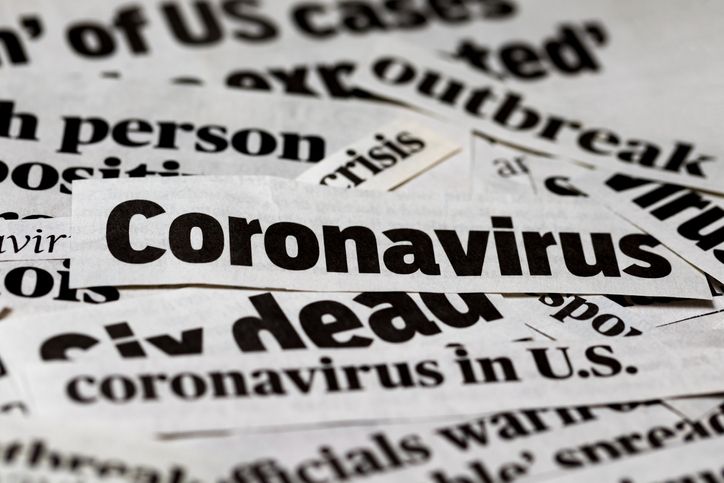 Ask an Expert: How can you recognize false information about the virus? 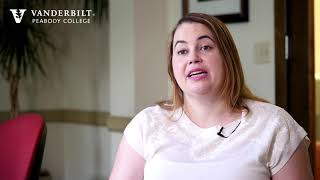 Lisa Fazio's research is focused on how the brain learns new information, and why our minds are susceptible to misinformation and lies.

Her research answers questions such as:
•How does the brain process information - both true and false?
•How can we prevent the sharing of false information online?
•How do people learn simple facts and more complex knowledge such as mathematical procedures?
•What can teachers and students do to improve learning within and outside the classroom?
•How do students learn incorrect information and how can those errors be corrected?

Her research informs basic theories about learning and memory, while also having clear applications for practitioners, such as journalists and teachers.

The effects of giving and receiving feedback

Beyond the Ivory Tower 2020 Fellow

Lisa Fazio is among the latest cohort of fellows for the Beyond the Ivory Tower writing workshop, hosted by the Templeton Foundation and New York Times contributor James Ryerson.

“I think this particular task force plan aims to address a real need,” said Lisa Fazio, a Vanderbilt University professor of psychology and human development who studies the effects of misinformation. “We know these platforms are consistently the source of online harassment and threats to women, and there’s a connection to extremist consequences.”

“We often remember the content of information while forgetting the source or who said it,” said Lisa Fazio, assistant professor of psychology and human development at Vanderbilt University, who has studied the effects of misinformation. “Over time, we might remember the allegations of voter fraud but forget that they came from an unreliable source.”

"I've been fairly impressed with Twitter's follow-through," said Lisa Fazio, assistant professor of psychology and human development at Vanderbilt University. She said that although Facebook's information labels tend to be more detailed than Twitter's, the fact it places no sharing restrictions means "false information can still quickly spread on the platform."

Here are all the steps social media made to combat misinformation. Will it be enough?

The measures range from changing algorithmic recommendations to limiting users’ abilities to share falsehoods. But some experts are doubtful the changes, enacted as hundreds of thousands of Americans have already cast votes, are sufficient. Others have criticized the lack of transparency into how these changes are applied. “I am concerned right now the future of our democracy is in the hands of very few people at these tech companies,” said Lisa Fazio, a professor at Vanderbilt University who studies the spread of misinformation.

Repetition does not change the actual truth of a statement, but it does create an illusion of truth in our minds.

When you think of visual misinformation, maybe you think of deepfakes – videos that appear real but have actually been created using powerful video editing algorithms. But the majority of visual misinformation that people are exposed to involves much simpler forms of deception. One common and decidedly low-tech technique involves recycling (posting) legitimate old photographs and videos and presenting them as evidence of recent events.

Whether created by spammers, grifters, conspiracy theorists, or propagandists, sites that conceal or play down their ownership and financing, blend news with advertising, and routinely publish misinformation are widespread on the internet. And it’s not always easy to distinguish these sites from the ones operated by those acting in good faith. “There are so many sites now that it’s hard to know which ones are credible and aren’t credible,” says Lisa Fazio, a psychologist at Vanderbilt University in Nashville who studies how people process information. “It takes a lot of effort and cognitive brainpower to really think through our prior knowledge on a topic, so we tend not to do that.”

Perspective: Our brains let false information through all the time, even when we know better.

The effect works because when people attempt to assess truth they rely on two things: whether the information jibes with their understanding, and whether it feels familiar. The first condition is logical: People compare new information with what they already know to be true and consider the credibility of both sources. But researchers have found that familiarity can trump rationality—so much so that hearing over and over again that a certain fact is wrong can have a paradoxical effect. It's so familiar that it starts to feel right. "When you see the fact for the second time it's much easer to process—you read it more quickly, you understand it more fluently," says Vanderbilt University psychologist Lisa Fazio. "Our brain interprets that fluency as a signal for something being true"—Whether it's true or not. In other words, rationality can be hard. It takes work. Your busy brain is often more comfortable running on feeling.

In an online experiment, participants who paused to explain why a headline was true or false indicated that they were less likely to share false information compared to control participants. Their intention to share accurate news stories was unchanged. These results indicate that adding “friction” (i.e., pausing to think) before sharing can improve the quality of information shared on social media.

Repetition increases the likelihood that a statement will be judged as true. This illusory truth effect is well established; however, it has been argued that repetition will not affect belief in unambiguous statements. When individuals are faced with obviously true or false statements, repetition should have no impact. We report a simulation study and a preregistered experiment that investigate this idea. Contrary to many intuitions, our results suggest that belief in all statements is increased by repetition. The observed illusory truth effect is largest for ambiguous items, but this can be explained by the psychometric properties of the task, rather than an underlying psychological mechanism that blocks the impact of repetition for implausible items. Our results indicate that the illusory truth effect is highly robust and occurs across all levels of plausibility. Therefore, even highly implausible statements will become more plausible with enough repetition.

Testing oneself with flash cards, using a clicker to respond to a teacher’s questions, and teaching another student are all effective ways to learn information. These learning strategies work, in part, because they require the retrieval of information from memory, a process known to enhance later memory. However, little research has directly examined retrieval-based learning in children. We review the emerging literature on the benefits of retrieval-based learning for preschool and elementary school students and draw on other literatures for further insights. We reveal clear evidence for the benefits of retrieval-based learning in children (starting in infancy). However, we know little about the developmental trajectory. Overall, the benefits are largest when the initial retrieval practice is effortful but successful.

Background. Tasks that involve retrieving information from memory, such as answering short answer questions, are more effective at improving learning than restudying, concept mapping, and other study techniques. However, little is known about how often teachers naturally provide these retrieval practice opportunities during lectures and classroom discussions. Aims. To identify how often teachers ask questions that require retrieval, what types of retrieval questions they ask, and whether teachers in high-growth classrooms differ in their use of retrieval questions compared to teachers in low-growth classrooms. Sample. The sample included twenty middle school mathematics classrooms that showed high growth on a test of mathematics achievement and twenty with low growth. For each classroom, we examined a videotape of one class period. Methods. We coded the number of teacher questions in each lesson, and the number and type of questions that provided an opportunity for retrieval. Results. We found wide variability in the frequency and type of questions asked across classrooms. On average, almost half of the non-classroom management questions provided an opportunity for retrieval. However, teachers in high- and low-growth classrooms asked similar numbers and types of retrieval questions. Conclusions. Teachers naturally use a wide variety of retrieval questions in their mathematics classrooms. As such, improving their use of retrieval opportunities will require only small changes to their natural practice, rather than large changes to their instructional style.

This study suggests that learning strategies should be flexible across and within domains. Consistent with recent frameworks, rigid dichotomies between domains and instructional sequences should be avoided. The optimal learning strategy depends on the kind of knowledge to be learned (e.g., stable facts vs. flexible procedures) and the target learning processes (e.g., inducing an underlying principle vs. memory and fluency building).