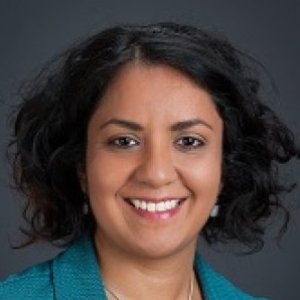 Associate Professor of Geography and the Environment; Director of the MS in Environmental Science Graduate Program | College of Liberal Arts and Sciences | Villanova University 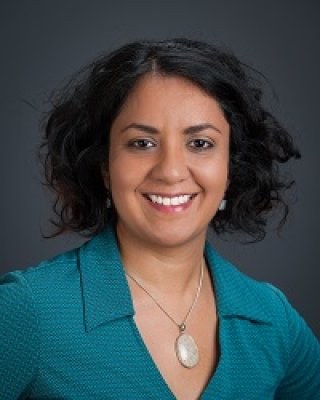 Coral reefs, often referred to as "the rainforests of the sea," host some of the most diverse ecosystems on earth. Teeming with marine life, they provide vital shoreline protection and are an important source of tourism. Dr. Rodrigues is a "hands on" expert on coral reefs having worked as a researcher for nearly 20 years. She can discuss the structure, ecology, physiology, and geology of this marine habitat and its imperilment by climate change, land use, overfishing and pollution. Dr. Rodrigues has current ongoing research projects in Puerto Rico and Hawaii.

Assisted in steps towards compliance of 1992 International Convention on Biodiversity: (1) co-author of the Bermuda Country Study, (2) participated in Strategy and Action Plan meetings.

Villanova University has announced the launch of a new master’s degree program in Environmental Science. Housed within the university’s College of Liberal Arts and Sciences (CLAS), the program will welcome its first students in the fall of 2016. The department’s faculty are teacher-scholars who are involved with impactful environmental research which includes significant learning opportunities for students. Faculty members Lisa Rodrigues, Ph.D., Steven Goldsmith, Ph.D. and Stephen Levas, Ph.D. were recently funded by the National Fish and Wildlife Foundation for a two-year project to quantify the impacts of land use change on near shore coral reefs.

She recruited Facebook friends to save Gulf Coast's hermit crabs.

Leanne Sarco remembers the day she discovered oil in her lagoons. On the first day, a sheen appeared on the ocean water. The sheen grew thicker and wider, until by the end of the week it became clear that this wildlife preserve at Grand Isle State Park, where the Gulf of Mexico meets the fragile barrier islands of Louisiana, was in peril. In the weeks following the April 20 explosion of a BP oil rig that sent some 172 million gallons of crude oil into the Gulf, federal, state, and local governments; wildlife organizations; university research labs; oil industry groups; and contractors drew up plans to solve the litany of complex problems created by the huge spill. But Ms. Sarco, a park ranger, thought small. She decided her best contribution was to collect, wash, and release into safer waters hermit crabs, the most neglected creature in the area, according to Lisa Rodrigues, who teaches in the department of geography and the environment at Villanova University near Philadelphia.

Coral reefs are the backbone of marine life. Now, these rainbow-hued constructions of millions of tiny polyps are being bleached bone-white by pollution and climate change, among other causes. Geologist Andrea Grottoli of Ohio State University, biologist Lisa Rodrigues of Villanova University and ecologist James Palardy of Brown University teamed up to understand why some corals seem to bounce back from warmer seas more quickly than others.

Lisa J. Rodrigues, PhD, graduate program director of the Master of Science in Environmental Science and associate professor of Geography and the Environment in Villanova University’s College of Liberal Arts and Sciences, received a 3-year, $540,092 grant from the National Science Foundation to support her research in coral conservation and management.

Land Use Management and Coral Reefs

Rivers transport excess nutrients, sediments, and other pollutants from land to the coast causing both acute and chronic stress to reef ecosystems. Although these conduits of delivery are well understood, establishing riverine pollutant thresholds that directly impact coral reef health have remained elusive. This is largely due to the lack of coordinated real-time sampling in both ecosystems and limited archival sampling linking long-term land use practices with initial stress to the system. Dr. Rodrigues, In collaboration with Dr. Steven T. Goldsmith, an assistant professor in Villanova University's Department of Geography and the Environment, developed a multi-tiered toolkit consisting of (1) models to assess short- and long-term impacts to coral reefs and (2) an associated management guide for the Guánica watershed in Puerto Rico in June/July 2015. The cost effective and easy-to-use toolkit supports watershed management by identifying the impacts of and enabling the reduction of acute and/or chronic stressors to Caribbean coral reefs

2014 Coral skeletal δ13C can be a paleo-climate proxy for light levels (i.e., cloud cover and seasonality) and for photosynthesis to respiration (P/R) ratios. The usefulness of coral δ13C as a proxy depends on metabolic isotope effects (related to changes in photosynthesis) being the dominant influence on skeletal δ13C. However, it is also influenced by kinetic isotope effects (related to calcification rate) which can overpower metabolic isotope effects and thus compromise the use of coral skeletal δ13C as a proxy. Heikoop et al. (2000) proposed a simple data correction to remove kinetic isotope effects from coral skeletal δ13C, as well as an equation to calculate P/R ratios from coral isotopes. However, despite having been used by other researchers, the data correction has never been directly tested, and isotope-based P/R ratios have never been compared to P/R ratios measured using respirometry. Experimental coral bleaching represents a unique environmental scenario to test this because bleaching produces large physiological responses that influence both metabolic and kinetic isotope effects in corals. Here, we tested the δ13C correction and the P/R calculation using three Pacific and three Caribbean coral species from controlled temperature-induced bleaching experiments where both the stable isotopes and the physiological variables that cause isotopic fractionation (i.e., photosynthesis, respiration, and calcification) were simultaneously measured. We show for the first time that the data correction proposed by Heikoop et al. (2000) does not effectively remove kinetic effects in the coral species studied here, and did not improve the metabolic signal of bleached and non-bleached corals. In addition, isotope-based P/R ratios were in poor agreement with measured P/R ratios, even when the data correction was applied. This suggests that additional factors influence δ13C and δ18O, which are not accounted for by the data correction. We therefore recommend that the data correction not be routinely applied for paleo-climate reconstruction, and that P/R ratios should only be obtained by direct measurement by respirometry.

2008 Bleached and non-bleached fragments of three species of Hawaiian corals were exposed to enhanced and ambient concentrations of zooplankton at 1 and 6 m depth to determine the contribution of zooplankton to the coral's daily carbon budget. The size and taxonomic grouping were recorded for every zooplankton captured and the relative input of zooplankton of different size classes was determined. The contribution of heterotrophy to animal respiration (CHAR) was calculated using an improved method that included the proportionate contribution of zooplankton from all size classes. Results show that the proportionate effects of species, depth and bleaching treatments on coral feeding rates were not significantly different between ambient and enhanced zooplankton concentrations. Corals captured the same size and assemblage of zooplankton under all evaluated conditions, and preferentially captured plankters smaller than 400 µm. Feeding rates of Porites lobata increased with depth regardless of bleaching status. Feeding rates of Porites compressa increased with depth in non-bleached corals, but not in bleached corals. Within depth, feeding rates of bleached Montipora capitata increased, P. compressa decreased and P. lobata remained unchanged relative to non-bleached fragments. Therefore, the feeding response of corals to the same disturbance may vary considerably. Calculated CHAR values show that heterotrophic carbon from zooplankton plays a much larger role in the daily carbon budget of corals than previously estimated, accounting for 46% of some coral species' daily metabolic carbon requirements when healthy and 147% when bleached. Thus, heterotrophically acquired carbon made an important contribution to the daily carbon budget of corals under all experimental conditions. These results suggest that the relative importance of autotrophic and heterotrophic carbon to a coral's energetic needs is mediated by a coral's bleaching status and environment, and should be considered on a continuum, from 100% photoautotrophy to 100% heterotrophy.

2008 Corals rely on stored reserves, especially lipids, to survive bleaching events. Lipid class composition reveals the lipid source, and provides evidence of metabolic changes (i.e., photoautotrophic or heterotrophic) during bleaching and recovery. Porites compressa Dana, 1846 and Montipora capitata Dana, 1846 corals were experimentally bleached in outdoor tanks with seawater temperature elevated to 30 °C (treatment corals). Additional control fragments were maintained in separate tanks at ambient temperatures (27 °C). After one month, all fragments were returned to the reef for 0, 1.5, 4, or 8 months. Lipid class composition was analyzed by Iatroscan (thin layer chromatography-flame ionization detection). In treatment P. compressa, triacylglycerol (TG) decreased at 0 and 1.5 months, phospholipid (PL) also decreased at 1.5 months, and both remained lower relative to controls along with wax esters (WE) after 8 months. Neither treatment nor control P. compressa had any detectable monoacylglycerol (MG) or diacylglycerol (DG). Overall, P. compressa first consumed available storage, then structural lipids, and all lipid classes remained low at the end of the study. In treatment M. capitata, TG and PL decreased, while MG increased relative to controls at 0 months. At 4 months, free fatty acid (FFA), sterol (ST), and PL in treatment M. capitata were two to ten times higher than controls. Treatment and control lipid class composition were not different from each other at 8 months. In contrast to P. compressa, M. capitata consumed some lipid classes and augmented others, probably due to sequential metabolism of storage lipids and increased heterotrophy. Overall, lipid class assimilation was more rapid in treatment M. capitata corals that switch between heterotrophy and photoautotrophy, than in treatment P. compressa corals that rely mostly on photoautotrophy.

Long-term changes in the chlorophyll fluorescence of bleached and recovering corals from Hawaii.

Chlorophyll fluorescence has been used to predict and monitor coral bleaching over short timescales (hours to days), but long-term changes during recovery remain largely unknown.

Response of two species of Indo-Pacific corals, Porites cylindrica and Stylophora pistillata, to thermal stress: The host does matter in determining the tolerance of corals to bleaching.