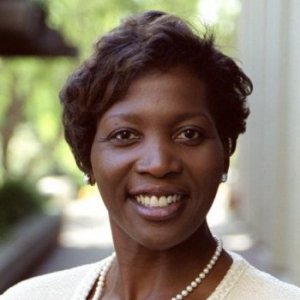 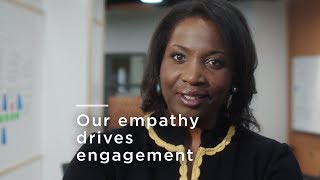 Lisa D. Cook, Ph.D., teaches at both James Madison College (International Relations) and in the Department of Economics at Michigan State University. She was the first Marshall Scholar from Spelman College and received a second B.A. in Philosophy, Politics, and Economics from Oxford University. She earned a Ph.D. in economics from the University of California, Berkeley with fields in macroeconomics and international economics. Prior to this appointment, she was on the faculty of Harvard University’s Kennedy School of Government, Deputy Director for Africa Research at the Center for International Development at Harvard University, and a National Fellow at Stanford University. Among her current research interests are economic growth and development, innovation, financial institutions and markets, and economic history. Dr. Cook is a Research Associate at the National Bureau of Economic Research and is the author of a number of published articles, book chapters, and working papers. She is on the Board of Editors of the Journal of Economic Literature, and her research has appeared in such journals as the American Economic Review and the Journal of Economic Growth. This research has been funded by the National Science Foundation, the National Bureau for Economic Research, the Smithsonian Institution, Harvard Business School, and the Economic History Association, among others. She is currently Director of the American Economic Association Summer Program and was President of the National Economic Association from 2015 to 2016. During the 2011-2012 academic year, she was on leave at the President’s Council of Economic Advisers (President Obama) and has had visiting appointments at the National Bureau of Economic Research, the University of Michigan, and the Federal Reserve Banks of New York, Chicago, Minneapolis, and Philadelphia. She serves on the Advisory Boards of the Opportunity and Inclusive Growth Institute of the Federal Reserve Bank of Minneapolis and the Lemelson Center for the Study of Invention and Innovation of the Smithsonian Institution and is a member of the Council on Foreign Relations. She is a Sigma Xi (Scientific Research Society) Distinguished Lecturer. She is a guest columnist for the Detroit Free Press and a regular contributor on MSNBC. She speaks English, French, Russian, Spanish, and Wolof.

Work on the euro zone, innovation, and entrepreneurship

Work on innovation and intellectual property

Research on making economy work for all Americans

The economy isn't going back to February 2020. Fundamental shifts have occurred.

In late February 2020, the unemployment rate was 3.5%, inflation was tame, wages were rising and American companies were attempting to recover from a multiyear trade war. The pandemic disrupted everything, damaging some parts of the economy much more than others. But a mass vaccination effort and the virus's steady retreat this year has allowed many businesses and communities to reopen. “Because there are now so many retirees, I think there will be more political pressure to tame any inflation,” said Lisa Cook, an economics professor at Michigan State University. “The general public has gotten used to low inflation.”

Mothers see signs of economic hope after a year of stress

or many mothers, the year has been stress-filled unlike any other. And for a large group of women, it's a true financial crisis. "We've lost 30 years of gains in just this short period of time," said Lisa Cook, professor of economics and international relations at Michigan State University. She points to the labor force participation rate for women, which tumbled from 57.8% in February 2020 to 54.6% in April 2020 as widespread layoffs took place to stem the spread of COVID-19, according Federal Reserve economic data. Roughly a year later, the rate had inched up to 56.1% in March, she said, but the participation rate still had not been that low since September 1987. The peak had been around 60% roughly 20 years ago. "I did not expect the drop in labor force participation to be so stark," Cook said. Much of the economic disruption hit places where women work — home health care, restaurants, schools, brick-and-mortar retail stores. Job prospects pegged to the pandemic: "The virus is the economy," Cook said.

President-elect Joe Biden is earning praise from progressives for tapping a wide range of government veterans and academics to help form an economic team that will be tasked with trying to advance Democratic policies in a deeply divided Washington. Biden has also enlisted leading experts on racial economic disparities and discrimination within the financial system for his agency review teams, a welcome sign for progressives who have called on Washington to play a greater role in creating a more equitable economy. Michigan State University economics professor Lisa Cook, who has extensively studied the economic effects of racism, is also a member of the banking and securities regulation team.

If Joe Biden wins the presidency, his advisers plan to assemble the most diverse Cabinet in U.S. history as he works to fulfill a pledge to build the Democratic Party on a new generation of leaders. Two Black economists are also in the Treasury mix: TIAA president and CEO Roger Ferguson, and Raphael Bostic, president of the Atlanta Fed. Either also could be in the mix to replace Jerome Powell as Fed Chair when his term is up in the summer of 2021. Rep. Cedric Richmond, a former leader of the Congressional Black Caucus who signed on as Biden's campaign co-chairman in May 2019, is another potential cabinet pick. New Mexico Governor Michelle Lujan Grisham, another VP candidate, could also find herself in the cabinet. Lisa Cook, an African American economist at Michigan State University, could be the first African American female to head the Council of Economic Advisers.

Lisa Cook on Gender and Race in Economics (Podcast)

Bloomberg Opinion columnist Barry Ritholtz speaks with Dr. Lisa Cook, a professor in the department of economics and in international relations at Michigan State University. As the first Marshall Scholar from Spelman College, she received a second B.A. from Oxford University before earning her Ph.D. from the University of California, Berkeley. She has served as a senior economist at the Council of Economic Advisers under President Barack Obama and has held positions or conducted research at the National Bureau of Economic Research; the Federal Reserve banks of Minneapolis, New York and Philadelphia; and the World Bank.

Female Economists Push Their Field Toward a #MeToo Reckoning

Bias and harassment in the economics field

MSU scholar to serve on president’s council of economic advisers

One Michigan State University researcher will offer her expertise on a team chosen to advise President Barack Obama on matters of economic policy. Starting Aug. 8, Lisa Cook, assistant professor in the Department of Economics and James Madison College, will begin a yearlong appointment on the president's Council of Economic Advisers.

What’s in a name? In some cases, longer life

Black men with historically distinctive black names such as Elijah and Moses lived a year longer, on average, than other black men, according to new research examining 3 million death certificates from 1802 to 1970.

2016 Race-specific given names have been linked to a range of negative outcomes in contemporary studies, but little is known about their long-term consequences. Building on recent research which documents the existence of a national naming pattern for African American males in the late nineteenth and early twentieth centuries (Cook, Logan and Parman, 2014), we analyze long-term consequences of distinctively racialized names. Using over 3 million death certificates from Alabama, Illinois, Missouri and North Carolina from 1802 to 1970, we find a robust within-race mortality difference for African American men who had distinctively black names. Having an African American name added more than 1 year of life relative to other African American males. The result is robust to controlling for the age pattern of mortality over time and environmental factors which could drive the mortality relationship. The result is not consistently present for infant and child mortality, however. As much as 10% of the historical between-race mortality gap would have been closed if every black man was given a black name. Suggestive evidence implies that cultural factors not captured by socioeconomic or human capital measures may be related to the mortality differential.

Distinctively black names in the American past

2014 We document the existence of a distinctive national naming pattern for African Americans in the late nineteenth and early twentieth centuries. We use census records to identify a set of high-frequency names among African Americans that were unlikely to be held by whites. We confirm the distinctiveness of the names using over five million death certificates from Alabama, Illinois and North Carolina from the early twentieth century. The names we identify in the census records are similarly distinctive in these three independent data sources. Surprisingly, approximately the same percentage of African Americans had “black names” historically as they do today. No name that we identify as a historical black name, however, is a contemporary black name. The literature has assumed that black names are a product of the Civil Rights Movement, yet our results suggest that they are a long-standing cultural norm among African Americans. This is the first evidence that distinctively racialized names existed long before the Civil Rights Era, establishing a new fact in the historical literature.

2014 Recent studies have examined the effect of political conflict and domestic terrorism on economic and political outcomes. This paper uses the rise in mass violence between 1870 and 1940 as an historical experiment for determining the impact of ethnic and political violence on economic activity, namely patenting. I find that violent acts account for more than 1,100 missing patents compared to 726 actual patents among African American inventors over this period. Valuable patents decline in response to major riots and segregation laws. Absence of the rule of law covaries with declines in patent productivity for white and black inventors, but this decline is significant only for African American inventors. Patenting responds positively to declines in violence. These findings imply that ethnic and political conflict may affect the level, direction, and quality of invention and economic growth over time.