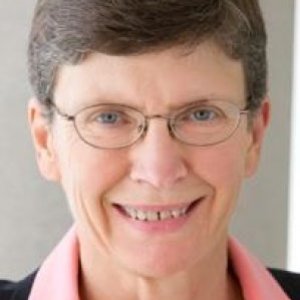 
Lissa Broome is the Wells Fargo professor of banking law and director of the Center for Banking and Finance. 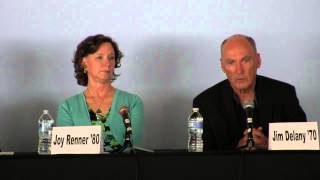 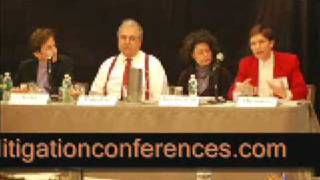 Lissa Lamkin Broome is the director of the school's Center for Banking and Finance, and she serves as faculty advisor to the North Carolina Banking Institute Journal. She also heads the school's Director Diversity Initiative, which works to increase gender, racial, and ethnic diversity on the boards of directors of publicly traded corporations in North Carolina and throughout the United States.

Broome became a member of the Georgia bar in 1982 and practiced until 1984 in the banking area with the Atlanta firm of King & Spalding. In 1984, she joined the UNC-Chapel Hill faculty and is a member of the North Carolina bar. Her teaching interests include commercial law and banking law.

Broome was the recipient of the McCall Award for Teaching Excellence in 1986, 1992, 1995, and 1998. In 2009, she was inducted into the newly-created McCall Master Teachers' Society for Teaching Excellence. From 1993 to 1995, Broome served as the law school's associate dean for academic affairs. She is a member of the American Law Institute, the American College of Commercial Finance Lawyers, and the North Carolina International Women's Forum. Since July 1, 2010, Broome has served as the University's Faculty Athletics Representative to the Atlantic Coast Conference and the NCAA.

Broome is a native of Champaign, Illinois. She majored in finance at the University of Illinois and obtained her J.D. from Harvard Law School, where she served as an editor of the Harvard Law Review. Upon graduation from law school, she clerked for Judge Alvin B. Rubin of the United States Court of Appeals for the Fifth Circuit in Baton Rouge, Louisiana.

Committee member Lissa Broome said UNC has spent a lot of money on athletics and related issues in the past. “Look at all the money that’s been spent on the Wainstein report, redacting records to release public records,” Broome said...

Commentary: College Sports on the Edge of Change, Broome Quoted

“These are monumental changes, and it potentially could be a tipping point, and a tipping point in a direction that is more towards commercialization of collegiate athletics and more away from the amateur model,” said Lissa Broome, UNC’s Faculty Athletics Representative and a law professor at the university.

Study: Why It's So Difficult to Break the Glass Ceiling; Broome Comments

But in the meantime, the best and brightest employees could still be overlooked. Lissa Broome heads the Director Diversity Initiative at the University of North Carolina Law School. “So I would really hate the result of this to be that people don’t go to bat for whomever they believe the best candidate is regardless of that person’s gender or race,” said Broome.

Women and minorities are making very slow progress in gaining seats on public company boards--and lawyers are scarce on those boards, too.

Creative Leadership and Diversity in the Boardroom

Fallout of the Financial Crisis: The Impact on Domestic and International Regulation of Banking

The Danger of Difference: Tensions in Directors’ Views of Corporate Board Diversity

2013 This Article describes the results from fifty-seven interviews with corporate directors and a limited number of other persons (including institutional investors, search firm personnel, and the like) regarding their views on corporate board diversity. It highlights numerous tensions in these views. Most directors, for instance, proclaim that diverse boards are good, but very few directors can articulate their reasons for this belief. Some directors have suggested that diverse boards work better than non-diverse boards, but gave relatively few concrete examples of specific instances where a female or minority board member made a special contribution related to that director’s race or gender. Many directors noted the importance of collegiality and getting along in the boardroom, while simultaneously extolling the advantages of different perspectives in avoiding group think. Although all acknowledged the importance of fitting in, few considered whether this impeded the role of “outsiders” providing a diverse perspective. This Article also explores directors’ thoughts on why progress in improving board diversity has been so slow if most agree that diversity is an important goal.

Board Diversity and Proxy Disclosure

2012 In Part I, this Article describes some of the different approaches to the lack of representation of women and minorities on corporate boards. Part II explores two aspects of proxy statement regulation -- shareholder proposals related to corporate diversity and the recent amendments to the proxy regulations which require that companies disclose how they consider diversity in nominating board members. Part III presents the results of our analysis of the proxy statements of Fortune 100 companies in the proxy year immediately preceding the effective date of the new proxy disclosure rule and in the year following the rule’s effective date to catalog the initial effects of the rule on how companies discussed diversity in nominating board members.

2011 In this article, we report the results of a series of interviews with corporate directors about racial, ethnic, and gender diversity on corporate boards. On the one hand, our respondents were clear and nearly uniform in their statements that board diversity was an important goal worth pursuing. Yet when asked to provide examples or anecdotes illustrating why board diversity matters, many subjects acknowledged difficulty in illustrating theory with reference to practice. This expressed reluctance to come to specific terms with general claims about the value of director diversity inspired our title phrase: dangerous categories. That is, while "diversity" evokes universal acclaim in the abstract, our respondents’ narratives demonstrate that it is an elusive and even dangerous subject to talk about concretely. So we are left with narratives that simultaneously extol difference and express embarrassment with it.

Banking and Insurance: Before and After the Gramm-Leach-Bliley Act

1999 The Gramm-Leach-Bliley Act of 1999 (GLB) 1 is landmark financial services legislation. GLB is the culmination of over thirty years of effort to reform the regulation of financial services. During this period, Congress considered numerous bills without reaching consensus ...

Payments on Long-Term Debt as Voidable Preferences: The Impact of the 1984 Bankruptcy Amendments

1987 Bankruptcy law exists, in large part, to secure fairness in the distribution of an insolvent debtor's assets among its creditors.'To prevent the debtor from undermining this goal by transferring its property to a creditor on the eve of bankruptcy, Congress has long provided ...