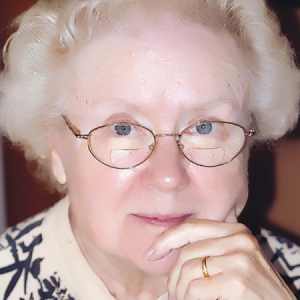 Prior to her coming to Loyola University in 1970, Professor Morris had been the American Catholic Sociological Society’s general secretary, and general secretary of the National Catholic Council for Interracial Justice, where she played an important part in the Civil Rights movement. She organized the participation of priests and nuns in the landmark 1965 Selma to Montgomery march, and assisted in the racial integration of parochial schools in Southern states during that period, her life being credibly threatened on several occasions. She was also a personal assistant to Sargent Shriver in launching the Peace Corps.

Professor Morris brought a wealth of experience to Loyola University when she was invited to be an associate professor of sociology in 1970. She was previously a visiting professor in the Graduate School of Social Work at Glasgow University, Scotland, followed by her tenure as a senior lecturer in the Sociology Department of Trinity and All Saints College (now Trinity University), Leeds, Yorkshire. She is remembered for her classes in cultural anthropology, sociology of marriage and the family, and for her pioneering work in the sociology of childhood. Her widest audience encountered her, however, in her team-taught course on the “Human Construction of Sexuality”; the class usually numbered more than a hundred, and always closed out early.

She helped create the Center for Teaching Excellence, an on-campus resource for faculty wishing to enhance the teaching and learning process at LMU, and a center that continues to provide a wide range of services to all of its faculty.

Professor Morris epitomized the LMU ideal of the teacher-scholar, publishing the authoritative history of the American Catholic Sociological Society and its transformation into the Association for the Sociology of Religion. Her work in this instance was made all the more difficult by the complete destruction of the society’s records in a fire some years earlier. Reconstructing and verifying her material took months of letter-writing and personal interviews. She was also a book-reviewer for the journal Social Analysis.

She was the first woman to be appointed chair of a Loyola University academic department; she served as chair of the Core Curriculum Committee (1984–1987); and she was for several years a member of the Rank and Tenure Committee.

Professor Morris truly believed in the aphorism: “To teach is to learn twice."