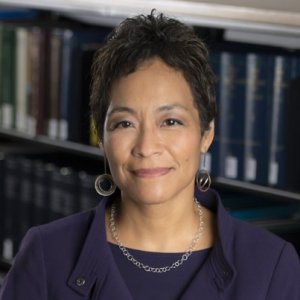 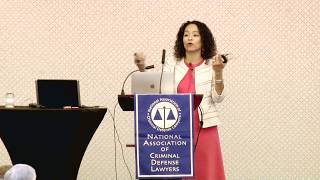 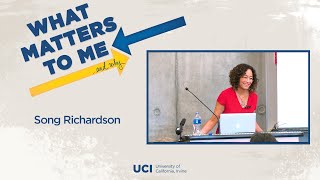 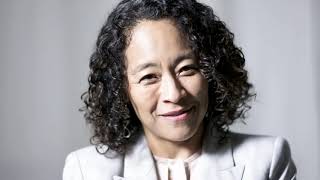 L. Song Richardson is the Dean and Chancellor’s Professor of Law at the University of California, Irvine School of Law with joint appointments in the Department of Criminology, Law and Society and in the Department of Asian American Studies. She received her AB from Harvard College and her JD from Yale Law School. Her interdisciplinary research uses lessons from cognitive and social psychology to study decision-making and judgment in a variety of contexts. Her scholarship has been published by law journals at Harvard, Yale, Cornell, Duke and Northwestern, among others. Her article, “Police Efficiency and the Fourth Amendment” was selected as a “Must Read” by the National Association of Criminal Defense Attorneys. Her co-edited book, The Constitution and the Future of Criminal Justice in America, was published by Cambridge University Press in 2013. She is a co-editor of Criminal Procedure, Cases and Materials published by West Academic Publishing. Currently, she is working on a book that examines the history of race in the U.S. and its implications for law and policy.

Dean Richardson’s legal career has included partnership at a boutique criminal law firm and work as a state and federal public defender in Seattle, Washington. She was also an Assistant Counsel at the NAACP Legal Defense and Educational Fund, Inc. Immediately upon graduation from law school, Dean Richardson was a Skadden Arps Public Interest Fellow with the National Immigration Law Center in Los Angeles and the Legal Aid Society’s Immigration Unit in Brooklyn, NY. A leading expert on implicit racial and gender bias, Richardson is frequently invited to speak to law firms, district attorney and public defender offices, police departments, universities, judges, bar associations, and private industry across the nation about the science of implicit bias and its influence on decisions, perceptions, and judgments. She also presents her work at academic symposia and non-academic legal conferences.

She has won numerous awards and recognitions, including the American Association of Law School’s Derrick Bell Award, which recognizes a faculty member’s extraordinary contributions to legal education through mentoring, teaching, and scholarship. She was recently named one of the Top Women Lawyers in California by The Daily Journal, one of the 100 Most Influential business and opinion shapers in Orange County, and one of the two most influential Korean Americans in OC.

WHY: Named the second dean of prestigious UC Irvine School of Law in 2018, taking over from founding dean Erwin Chemerinsky.

The University of California-Irvine School of Law aims to help its students and the legal profession as a whole keep up with challenges posed by artificial intelligence, from its impact on bail decisions to product liability and privacy...

L. Song Richardson, 53, of Irvine, has been appointed to the Committee on Revision of the Penal Code. Richardson has been dean at the University of California, Irvine School of Law since 2018, where she was a professor of law from 2014 to 2017. She was a professor of law at the University of Iowa College of Law from 2012 to 2014. Richardson was an associate professor of law at American University from 2011 to 2012 and at DePaul University of Law from 2006 to 2011. Richardson was a partner at Schroeter, Goldmark and Bender from 2001 to 2006. She was assistant public defender at The Defender Association from 1999 to 2001. Richardson was an assistant federal public defender at the Federal Public Defender’s Office, Western District of Washington from 1997 to 1999. She was an attorney at Goldmark and Bender from 2001 to 2006 and assistant counsel at the NAACP Legal Defense and Educational Fund from 1995 to 1997. She was a Skadden Public Interest Fellow at the National Immigration Law Center in Los Angeles from 1994 to 1995 and at the Legal Aid Society’s Immigration Law Unit in Brooklyn from 1993 to 1994. Richardson is a member of the American Law Institute and the executive committee of the Association of American Law Schools. She earned a Juris Doctor degree from Yale Law School. This position does not require Senate confirmation and the compensation is $100 per diem. Richardson is a Democrat.

Local Leaders Share Their Favorite Places Along The Coast in O.C.

L. Song Richardson, dean of UC Irvine Law School “It has to be Crystal Cove. It’s so calming. When I first came here in 2014, I would take photos of my feet in the sand with the ocean in the background and send them back to my friends in Iowa.”

On the Issues with Michele Goodwin  Podcast

The Black Police: Policing Our Own

2018 Since Darren Wilson shot and killed Michael Brown in 2014, the problem of police violence against African Americans has been a relatively salient feature of nationwide discussions about race. Across the ideological spectrum, people have had to engage the question of whether, especially in the context of policing, it’s fair to say that black lives are undervalued. While there is both a racial and a political divide with respect to how Americans have thus far answered that question, the emergence of Black Lives Matter movements has made it virtually impossible to be a bystander in the debate.

2018 Fifty years ago, in Terry v. Ohio,'the Supreme Court recognized that the practice of stopping individuals for questioning and conducting frisks for weapons was" a major source of friction between the police and minority groups." 2 Despite acknowledging that a frisk represents" a serious intrusion upon the sanctity of the person, which may inflict great indignity and arouse strong resentment," 3 the Court held that officers could conduct them even in the absence of probable cause to believe that the individual was armed and dangerous.

2017 No issue has been more controversial in the discussion of police union responses to allegations of excessive force than statutory and contractual protections for officers accused of misconduct, as critics assail such protections and police unions defend them. For all the public controversy over police unions, there is relatively little legal scholarship on them. Neither the legal nor the social science literature on policing and police reform has explored the opportunities and constraints that labor law offers in thinking about organizational change.

2017 Many have embraced evidence from the mind sciences that our behaviors are often influenced by our implicit biases rather than our conscious beliefs. This is one reason why implicit bias has become a staple in trainings for judges, lawyers, police officers, teachers, and health care providers.