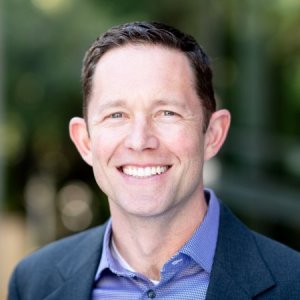 Lucas Davis is the Jeffrey A. Jacobs Distinguished Professor at Berkeley Haas. His research focuses on energy and environmental markets, and, in particular, on electricity and natural gas regulation, pricing in competitive and non-competitive markets, and the economic and business impacts of environmental policy. He serves as co-editor of the American Economic Journal: Economic Policy and is a Research Associate at the National Bureau of Economic Research. Prior to moving to UC Berkeley in 2009, he was an Assistant Professor of Economics at the University of Michigan.

Elon Musk is wrong, Bitcoin won't help us save the planet

New research suggests that the massive amount of energy needed to mine bitcoin has incentivized the development of green energy sources. Not so fast, said Lucas Davis, the Jeffrey A. Jacobs Distinguished Professor. “California, Europe, and the world have been recording a substantial increase in renewable energy generation, but this is not from Bitcoin,” he said.

How Climate Change will affect businesses in the U.S.

Treasury Secretary Janet Yellen says the private sector needs to price the risk of climate change into investments, and the Commodity Futures Trading Commission as well as the SEC are pushing to make more climate-related information available. "I think this makes a lot of sense," said Lucas Davis, the Jeffrey A. Jacobs Distinguished Professor. “This can help investors make better decisions when they think about where to put their money.”

Appliance electrification a growing divide between renters and homeowners

U.S. renters are more likely than homeowners to have electric heat and appliances, according to research by Lucas Davis, the Jeffrey A. Jacobs Distinguished Professor. But expanding electrification, paired with an increasingly low-carbon power grid, can be a tool against global warming. Understanding this gap "has important implications for an emerging set of policies aimed at reducing carbon dioxide emissions through electrification," Davis said.

Some groups want to make gas "the new coal," and hasten its demise, while the industry wants to reassure investors and convince the public that the bans are a product of fringe politics that will never reach the mainstream. "You’re seeing more cities, in states where this is possible, banning natural gas, and you’re seeing more states take preemptive measures,” said Lucas Davis, the Jeffrey A. Jacobs Distinguished Professor. “It’s becoming more front-of-mind for policymakers all over.”

In Texas, which suffered power shutoffs during a recent storm, 61% of occupied housing units relied on electricity for heat. According to Prof. Lucas Davis, dynamic pricing of electricity may be the answer to preventing future outages. The overwhelming majority of Texas customers share electricity prices that are too static, too inflexible, and don’t respond to market conditions.

The steady rise of electricity for home heating

Research by Lucas Davis, the Jeffrey A. Jacobs Distinguished Professor, found that the percentage of homes that use electricity for heating grew from 1% in 1950 to almost 40% by 2018. The increase has been largely price-driven, not policy-driven, and there are large numbers of additional households for whom adopting electric heating would impose relatively modest costs, he wrote.

The article quotes research by Prof. Lucas Davis, who found that 90% of the tax credits to encourage the purchase of electric vehicles accrue to those with incomes in the top 20%. The study also found that electric vehicles are driven significantly less than gasoline and diesel-powered cars. "The difference is highly statistically significant. Overall, the evidence suggests that today's electric vehicles imply smaller environmental benefits than previously believed."

California bans the sale of new gas cars by 2035

The California New Car Dealers Association has criticized an executive order from Gov. Gavin Newsom to ban sales of gas cars in 15 years, arguing that they are expensive and the state does not have the charging infrastructure to support electric vehicles. Lucas Davis, The Jeffrey A. Jacobs Distinguished Professor, notes that while infrastructure will be a challenge, the announcement does not affect all vehicles. "If you're in a place where for whatever reason an EV is not going to make sense for you, there would be options," he said.

Research by Lucas Davis, The Jeffrey A. Jacobs Distinguished Professor, and Prof. Severin Borenstein, The E.T. Grether Chair in Business Administration and Public Policy and the faculty director of the Energy Institute at Haas, found that the financial benefits from federal programs aimed at promoting energy efficiency and alternative transportation are going to wealthy Americans. They found the most extreme disparity is in the program aimed at electric vehicles, where the top income quintile received about 90% of all credits.

Billionaire bonuses: It's time to revisit the CEO compensation system

CEO compensation has leaped far beyond the sensible, according to experts. A recent paper co-authored by Lucas Davis, Jeffrey A. Jacobs Distinguished Professor, finds "strong evidence" that CEOs of energy companies get clear increases in their pay when the valuation of their companies' shares rises as a result of a jump in the price of oil, something they don't influence at all.

How CEO pay in America got out of whack

A recent paper co-authored by Lucas Davis, Jeffrey A. Jacobs Distinguished Professor, finds "strong evidence" that CEOs of energy firms see clear pay gains when stock valuations rise as a result of an oil-price spike, which they have no way to influence.

Buses Take on New Importance in a Subway City

In NYC, subway ridership always trumped the bus until Covid. With bus fares up, Lucas Davis, Jeffrey A. Jacobs Distinguished Professor, argues that making subways free to ride would help the economy and put money back into the pockets of poorer residents.

One solution for funding road work would be to shift taxation from the gas station pump to a per-mile tax on vehicle travel, which works for both gas and electric. Research by Lucas Davis, Jeffrey A. Jacobs Distinguished Professor and the faculty director of the Energy Institute at Haas, and Faculty Affiliate James Sallee, found that people with higher incomes are more likely to be able to afford electric cars—which means they aren't contributing to the gas taxes that fund road work.

Predicting future energy demand is difficult, more so when you must account for the choices made by individual households spread all across the globe. Air conditioning is a case in point. To tackle this, Lucas Davis led a team at the Haas School of Business to quantify each nation’s need for air conditioning, and rank them (219 countries and 1,692 cities).

Americans Are No Longer Gluttons for Electricity—Thank the LED Bulb

After increasing tenfold between 1950 and 2010, average residential consumption of electricity in the U.S. has dipped since 2008. Today’s appliances and electronics are more efficient, new homes are tighter and better insulated, and most importantly, LEDs have replaced traditional incandescent lightbulbs. “Any decrease is staggering,” said Prof. Lucas Davis, the Jeffrey A. Jacobs Distinguished Professor. “Like so many things in life, electricity consumption has gone up and up and up. Any time it doesn’t go up, it’s news.”

An Empirical Test of Hypercongestion in Highway Bottlenecks

How Effective is Energy-Efficient Housing? Evidence from a Field Trial in Mexico

Do Energy Efficiency Investments Deliver at the Right Time?

Journal of the Association of Environmental and Resource Economists

Anticipation, Tax Avoidance, and the Price Elasticity of Demand for Gasoline

Journal of the Association of Environmental and Resource Economists