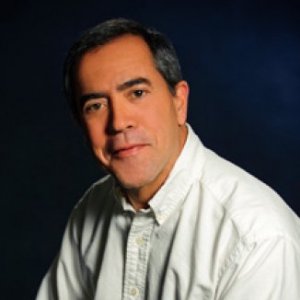 Associate Professor Luis Proenca is a Portuguese Jesuit priest involved in directing documentaries and new media art. Pukiki - The Portuguese Americans of Hawaii is Proenca's most recent work in which he served as Producer, Director and Editor. Pukiki was internationally broadcast over five continents on RTPi (Rádio Televisão Portuguesa Internacional) and was an Official Selection of the Hawaiian International Film Festival (October 2003). After Pukiki, he finished the documentary Mo'olelo - Oral Histories of the Portuguese in Maui, Oahu and Hawai'i. He has just remastered one of his earliest works, Hopes and Struggles of Mozambican Refugees for RTPi broadcast.

His documentary, Touchstone - The Rock Art of Côa Valley concerns rare forms of art produced 20,000 years ago and it has been distributed in Europe. He also produced Rythms of Mozambique, an African music collection that features The Fonte Boa Choir, published in January of 2001 by Loyola Productions. Luis has directed live television programs for Portuguese National Television.

Now, he is preparing for broadcast at RTPi (Rádio Televisão Portuguesa Internacional) two documentaries about the Portuguese community in California called Tradition - As Festas e Tradições dos Portugueses na Califórnia and Off the Boat- As Histórias de Imigração dos Portugueses na Califórnia. He is also in pre-production of a documentary about the Missions in California. Proenca is also an advisor for Loyola Productions - a Jesuit media production company.

Voices of the Way (DVD) (professional)

Mo'olelo: Oral Histories of the Portuguese in Hawai'i (DVD) (professional)