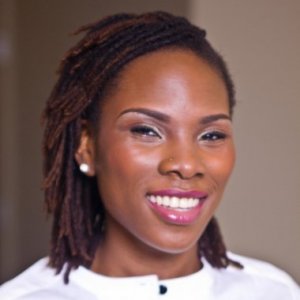 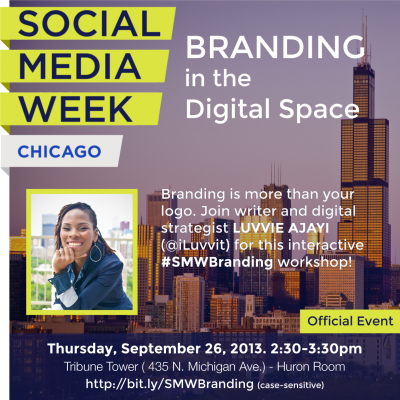 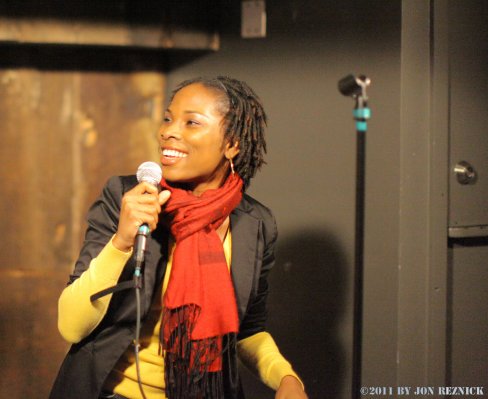 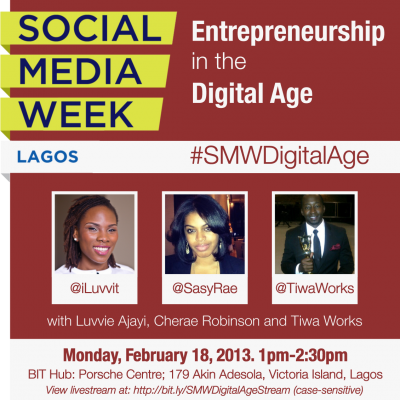 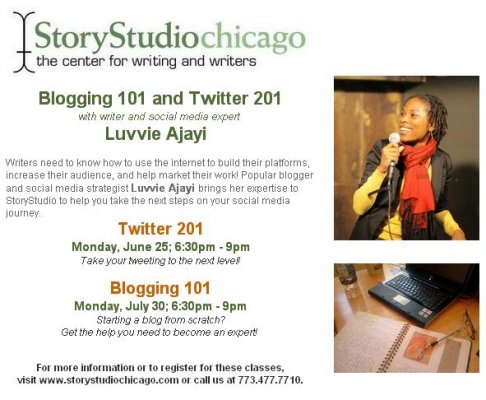 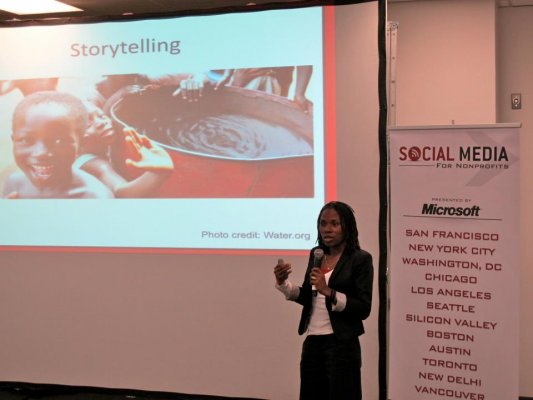 Luvvie Ajayi is an award-winning writer, humorist and digital strategist who believes in using the power of technology for social change.

A ten-year blogging veteran, she is the voice behind Awesomely Luvvie, an award-winning entertainment and humor blog that covers everything pop culture – from TV, movies and technology to life’s random adventures. Luvvie’s a former columnist for EBONY.com and has contributed her writing to Clutch Magazine and Uptown Magazine. She’s also winner of the Women’s Media Center 2012 Social Media Award.

An alum of the University of Illinois, Luvvie’s background is in Marketing, Communications and New Media. As a social media strategist, she helps clients maximize their online presence by using digital tools effectively. She has presented at several conferences, including the SXSW, Nonprofit Technology Conference, BlogHer, AFTRA Broadcast Conference, Chicago Social Media Summit, FOCUS100, Social Media for Nonprofits Conference, among others. She’s also an instructor at StoryStudio Chicago, often selling out her blogging and social media classes.

Luvvie is passionate about social justice and is equally addicted to shoes. She combined these loves in 2009 when she, along with Karyn Watkins, founded The Red Pump Project. Red Pump is a national nonprofit that raises awareness about the impact of HIV/AIDS on women and girls. Their work has earned them a Congressional Record from the U.S. House of Representatives, as well as Resolution adopted in their name by the City Council of Chicago. Red Pump has been featured on the Huffington Post, in EBONY Magazine, the Chicago SunTimes, A&U Magazine, NBC and more.

University of Illinois at Urbana-Champaign: Bachelor of Science, Psychology 2006

Luvvie presented at our university's workshop on social media. Her presentation was great for people of diverse backgrounds: from non-profits looking to expand their social media presence, to students figuring out how to tailor their online image to be better positioned in the job market. Her enthusiasm and expertise was apparent, and I can heartily recommend her for your organization.

Personal Branding: It IS About You (Keynote)

Branding: It's More Than Your Logo

Marketing Yourself and Your Products Using Social Media

Entrepreneurship in the Digital Age

Make Your Brain Twerk: Using Creativity, Humor and Tech to Spread Your Message

Turning Your Brand up to 11 with a Podcast

Blogging Masterclass: From Beginner to Boss

Blogging is the present and the future of journalism and storytelling, and it can help anyone reach their professional and personal goals. This master class covers what you need to know before starting a blog and as you maintain it consistently, from setup to content to marketing.